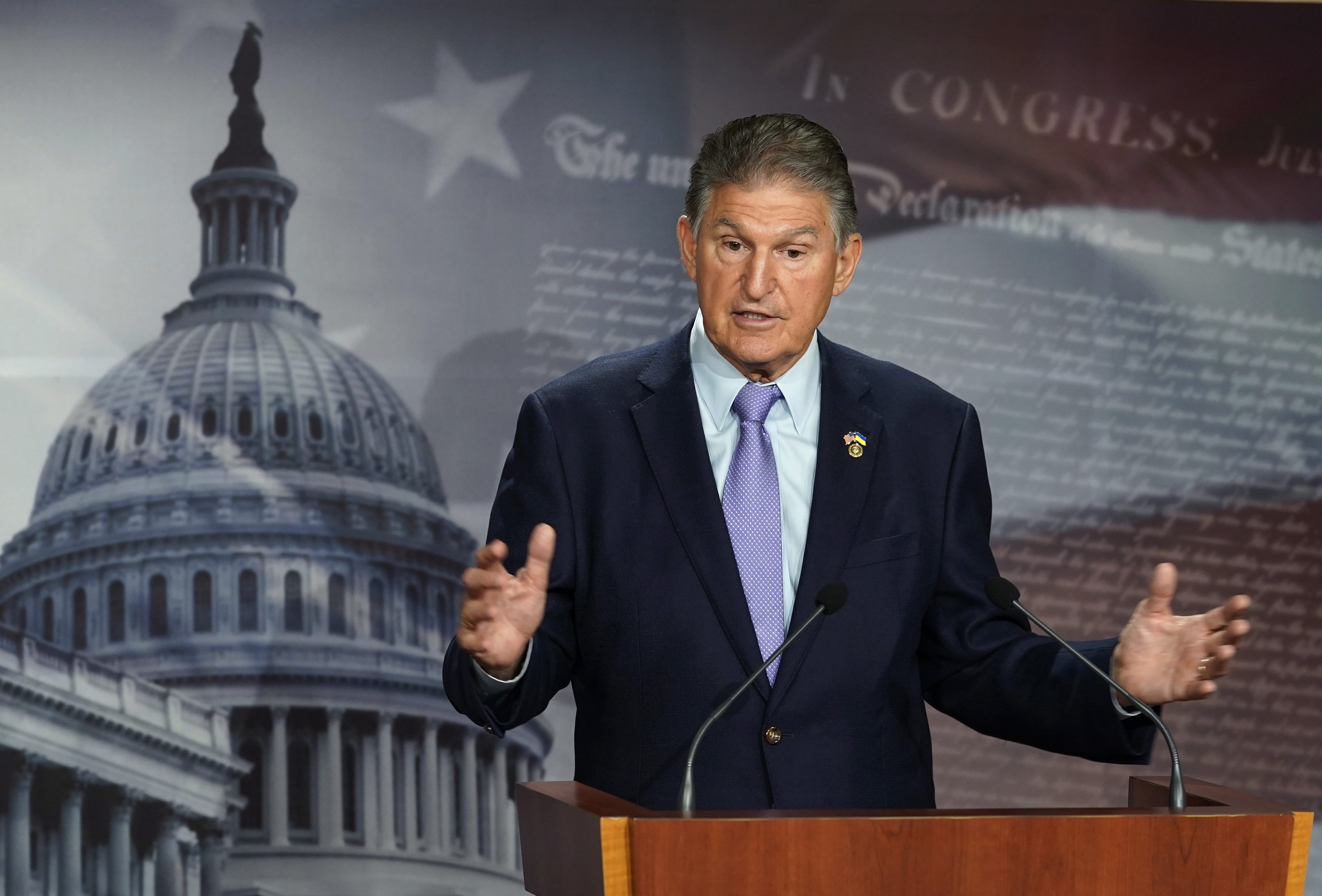 Manchin, a moderate Democrat reelected in 2018 in a state former President Donald Trump won by 42 points two years earlier, has become a thorn in the side of Senate Democrats. Wielding more power than most senators in the evenly divided Senate, Manchin has spent much of the past two years pushing back on elements of President Joe Biden’s agenda.

After Democrats narrowly held Senate control this election, Manchin is poised to continue to play an outsized role in negotiating legislation for the next two years.

Mooney, who handily won reelection to West Virginia’s second congressional district last week, said on the talk show he felt it was important to make his plans known early as other people consider running for the seat. So far, Mooney said he has “heard at least five other names on the Republican side” who are interested.

Gov. Jim Justice and state Attorney General Patrick Morrisey, who lost to Manchin in 2018, are among the GOP names that have been floated to take on Manchin.

Despite Manchin regularly working with Republicans — and primary threats already being made against moderate Arizona Democratic Sen. Kyrsten Sinema — no serious contender has announced a challenge to Manchin in the Democratic primary next cycle.

But Manchin himself still hasn’t said whether he will run again, a decision he planned to make sometime after this November’s elections.