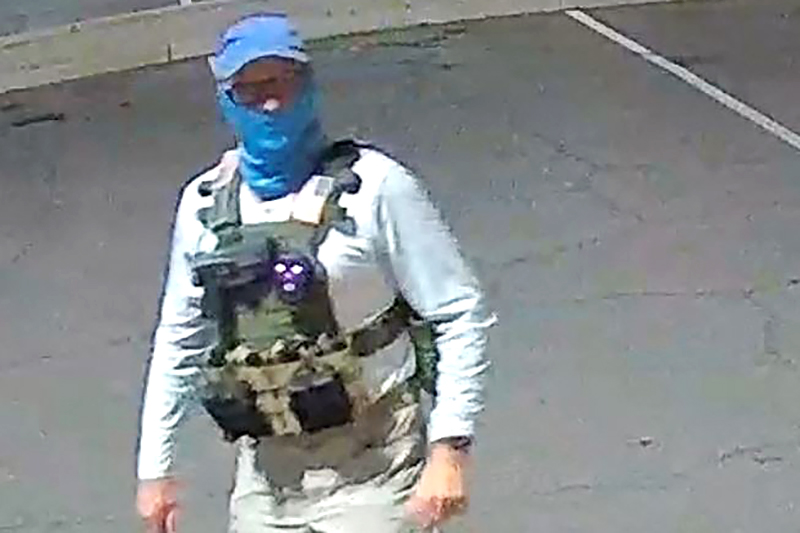 Senior FBI officials recently warned of “unusual levels of threats” against election workers in seven states, including Colorado, Michigan and Wisconsin. California saw a need to pass legislation last month aimed at protecting election workers. A Massachusetts man was arrested this summer for making a bomb threat against an election official.

While these developments have all been the exception to the norm, our democracy depends on free, fair and safe elections. Such threats and intimidation have no place in our democratic process, yet they are on the rise and isolated reports of voter intimidation are coming in as early and absentee voting begin.

Make no mistake: It will take a concerted effort to stem the rise of false information, threats, violence and intimidation that plague our elections.

During the course of our careers working in a blue county and a red county on different sides of the country, we have never seen threats against election officials reach such a level. Now more than ever, partnerships like ours are critical. False information being disseminated by folks across the political spectrum has contributed to today’s political environment and is having real consequences on hard-working local public servants. It’s essential it not affect the vote as well.

As sheriffs and Americans, we have two important messages. First, to anyone threatening or harassing election officials or voters: Stop. Second, to election officials, election workers, volunteers and voters: We have your back.

In today’s environment, it may seem odd that a conservative Republican sheriff from a mountain state with a proud history of rugged individualism and a progressive Democratic sheriff from New England who is the son of an election official have come together on anything. It shouldn’t.

Ensuring elections are free from violence, threats and intimidation is a nonpartisan issue. We stand together for maintaining the rule of law, keeping the peace and denouncing those who falsely claim election fraud or try to instill fear in those who disagree with them. Our backgrounds may be different, but our belief in democracy is the same.

Addressing these dangers is largely the responsibility of local law enforcement, who receive nearly 90% of threats reported by election officials, according to a recent survey conducted by the Brennan Center for Justice. That is why it is critical for law enforcement leaders and election officials to work together. As we know too well, threats can be a precursor to actual violence.

We recently took several simple steps to prepare for future elections, and we urge law enforcement agencies from coast to coast to do the same.

Start by meeting with your local counterparts, election officials and other stakeholders such as community groups to identify and address concerns and build relationships. We personally toured our local election offices and observed existing election administration safeguards, such as mail ballot signature review by bipartisan teams.

Next, share information such as contact data, polling location addresses, historical instances of election worker intimidation, operating environments and details of election administration so that local law enforcement and election officials can more effectively partner in response to incidents.

Third, agree to work together regularly and define how you will engage when voting is ongoing. During this period, you should also plan for physical security at polling locations or election offices, the secure transport of election materials and the rules of engagement for when voters are present.

Fourth, plan incident and crisis responses to a variety of scenarios that may occur. Don’t neglect the communication aspect of this planning phase, either.

Finally, practice those plans together through tabletop exercises, drills and emergency response procedures.

While law enforcement and election officials have distinct roles to play in protecting elections, we are all public servants. That is why we both joined the Committee for Safe and Secure Elections, which brings together current and former sheriffs, police officers, state and local election officials and election administration experts to support policies and develop practical resources that help communities work together to protect election workers and voters. Our members span the ideological spectrum — Democrats, Republicans, independents — but all of us are Americans who want to restore faith in our elections so that all voters feel safe.

Make no mistake: It will take a concerted effort to stem the rise of false information, threats, violence and intimidation that plague our elections. None of us can do it alone. But if we work together, we can make the rule of law and public safety priorities to help ensure elections are safe and secure. We pledge to do our part, and we call on our colleagues in law enforcement and election administration to join us.

Peter J. Koutoujian is sheriff of Middlesex County, Massachusetts, a former prosecutor,and a member of the Committee for Safe and Secure Elections.

Justin Smith is the sheriff of Larimer County, Colorado, a graduate of the FBI National Academy and a member of the Committee for Safe and Secure Elections.