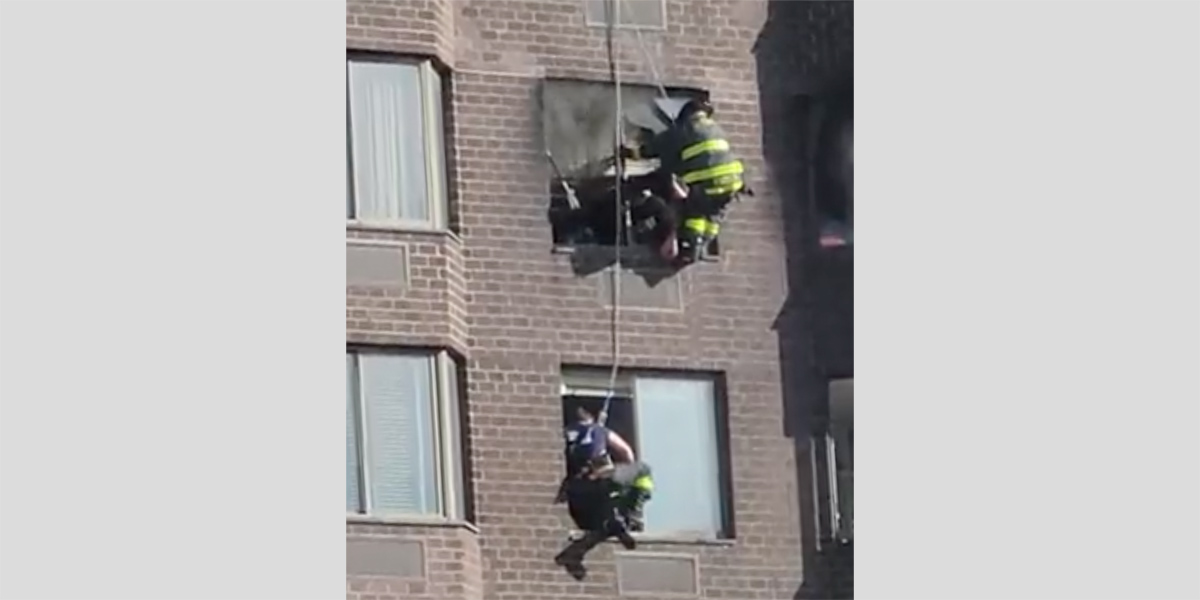 At least 38 people have been injured in a fire at a New York City high-rise apartment building in Midtown, according to the FDNY.

The FDNY received a call about a fire on the 20th floor of 429 East 52nd Street around 10:24a.m. Saturday morning, Fire Commissioner Laura Kavanagh said in a briefing on the scene of the three-alarm fire.

Firefighters arrived on the scene and began rescuing tenants, including a “life-saving rope rescue” of two people from the apartment where the fire broke out on the 20th floor, fire officials said.

Of the 38 injured, two people are in critical condition and five, who are EMS members, have serious injuries. The patients were taken to local hospitals.

The cause of the fire was determined to be a lithium ion battery connected to a micromobility device.

“The lithium ion battery adds a different degree, when we talk about the fire dynamics of it,” FDNY Deputy Assistant Chief Frank Leeb said at the briefing. “These rooms flash over in just a mere matter of seconds.”

Chief Fire Marshall Daniel Flynn says this is almost the 200th fire caused by a lithium ion battery from a micromobility device this year in the city.

“This particular apartment, we believe the occupant was repairing bikes in the building, and the fire was right behind the front door,” he said. “We recovered at least five bikes from this apartment.”

Fire officials emphasized the rising cause of fires from e-bikes and encouraged residents not to charge them overnight and or to use batteries damaged in any way.

“These fires, they come without warning, and when they do go on fire, they’re so intense that any combustibles in the area will catch fire,” said Flynn. “So we’ve seen secondary fires.”