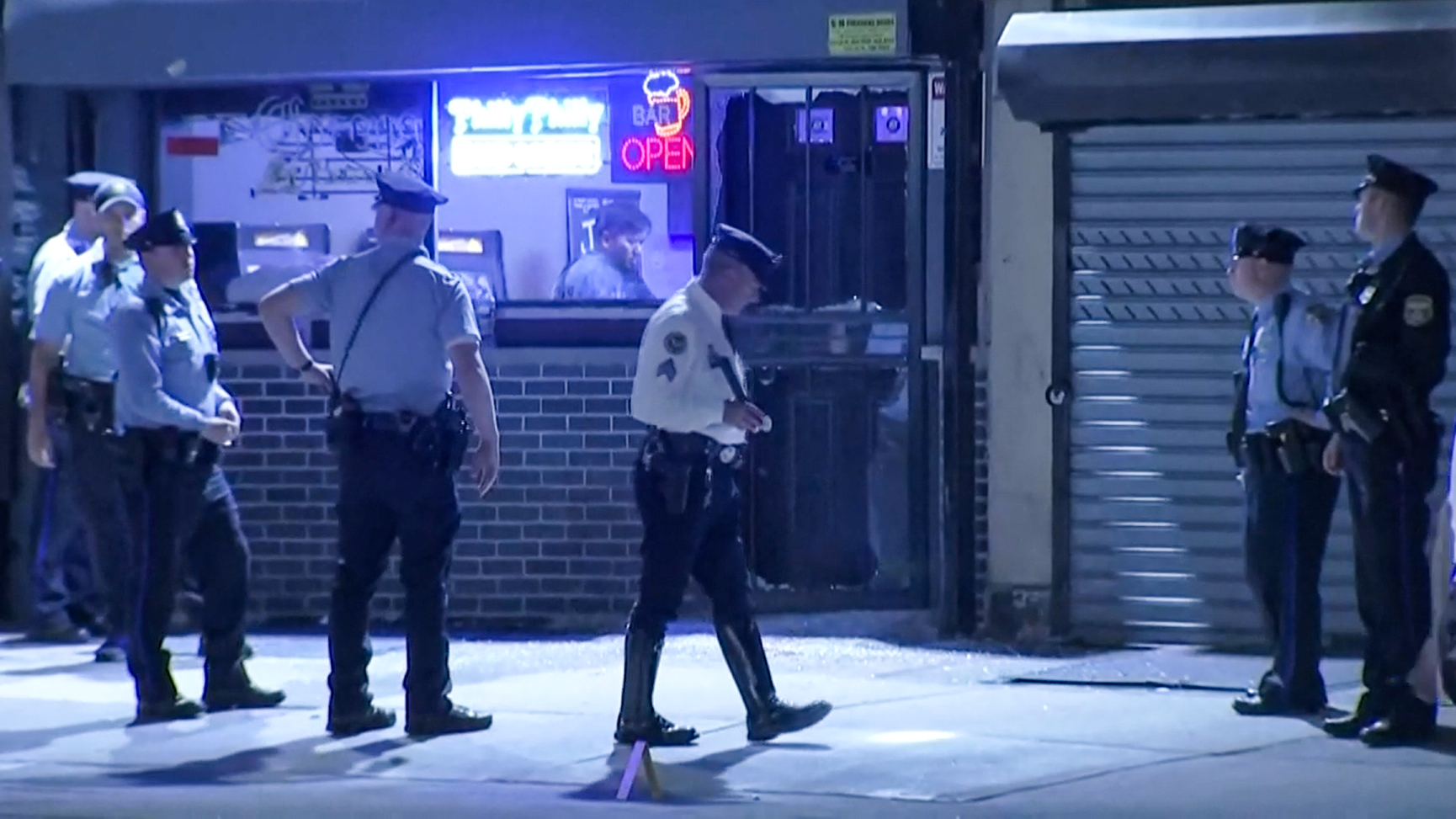 The shooting happened around 10:45p.m. when multiple people got out of a black vehicle and opened fire at a crowd gathered on the sidewalk outside a bar in Kensington, a neighborhood in north Philadelphia, according to NBC Philadelphia.

The shooters, who police say may number three or four, then fled the scene in the same car. There are at least 40 pieces of ballistic evidence on the scene, NBC Philadelphia reports.

The nine victims, all adults, were taken to area hospitals, police told the news agency.

A motive is not known as of Sunday, but police say it seems like the shooters saw someone they were after and started firing, according to NBC Philadelphia.

Philadelphia Deputy Police Commissioner John Stanford said at a briefing after the shooting Saturday that there’s a heavy police force in the area.

“We have some brazen individuals who don’t care how many police are here or how many people are here,” he said.

The Philadelphia Police Department is continuing to investigate the shooting, and is asking anyone with information to come forward.

Kurt Chirbas is a senior editor for NBC News based in New York.