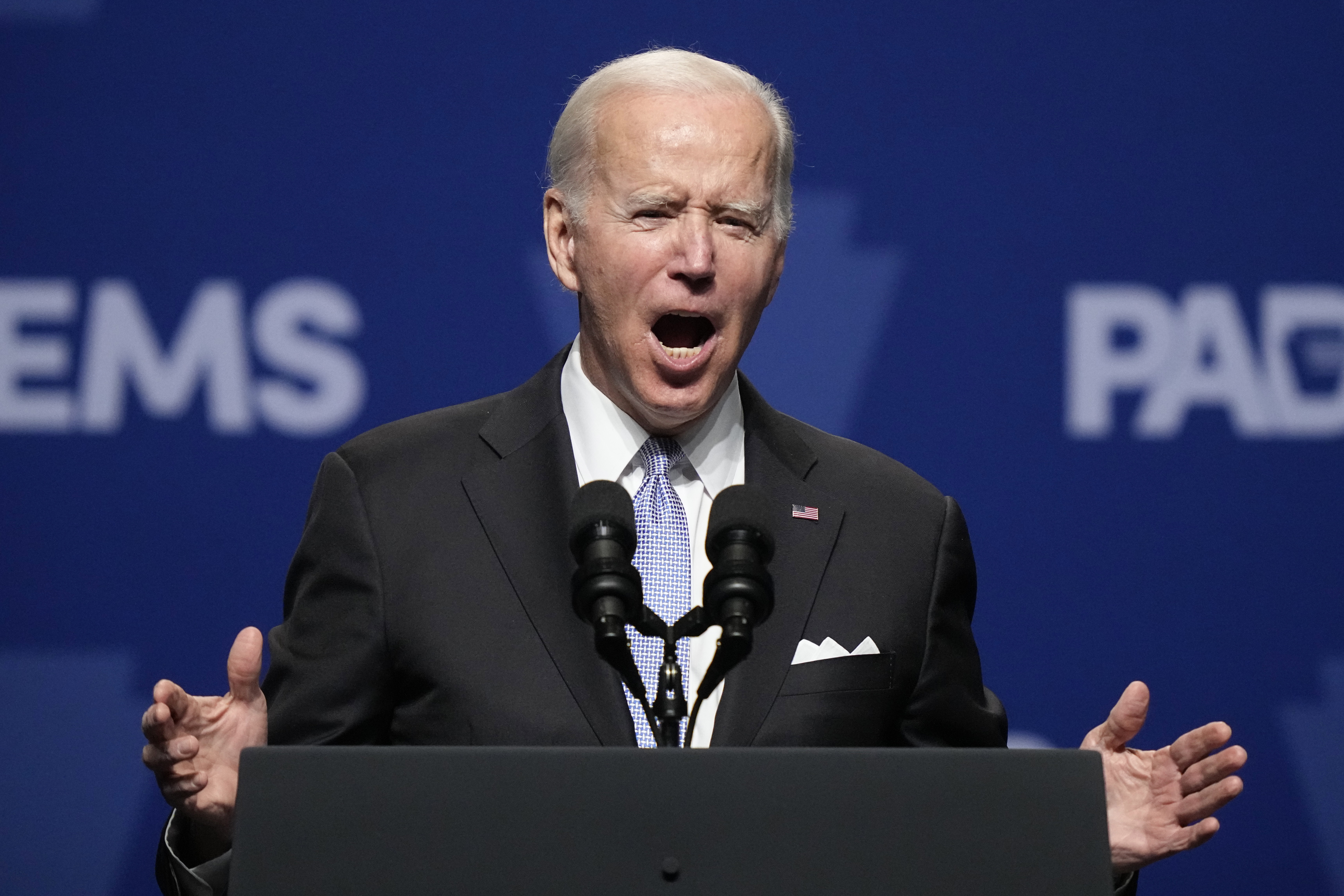 “This is despicable. There’s no place in America. There’s too much violence — political violence — too much hatred, too much vitriol,” Biden said. “And what makes us think one party can talk about stolen elections, Covid being a hoax, [that it’s] all a bunch of lies, and it not affect people who may not be so well balanced? What makes us think that it’s not going to alter the political climate? Enough is enough is enough.”

Biden opened his speech asking the crowd to take a short pause to “send our love to Nancy Pelosi,” adding that he had spoken to the speaker and her husband “seems to be coming along well.” He later called on “every person of good conscience” to “clearly and unambiguously stand up against the violence in our politics, regardless of what your politics are.”

Earlier Friday, Harris blamed the current political climate for inspiring the attack, calling it “an act of extreme violence.”

“I think we’re looking at a time in our country where there is so much discourse that is fueled by hate and division,” Harris told reporters, “and anyone who professes to be a leader has to really understand the meaning and the impact of their words and their posture on things like this.”

Former President Barack Obama, who was speaking at a campaign event for Georgia Democratic nominees Sen. Raphael Warnock and Stacey Abrams Friday night, also called out those who “look to stir up divisions, or to make folks as angry and as afraid of one another for their own advantage,” adding that the dialogue is now “hyped up” on social media.

“The only way to save democracy is if we, together nurture it and fight for it,” Obama said.