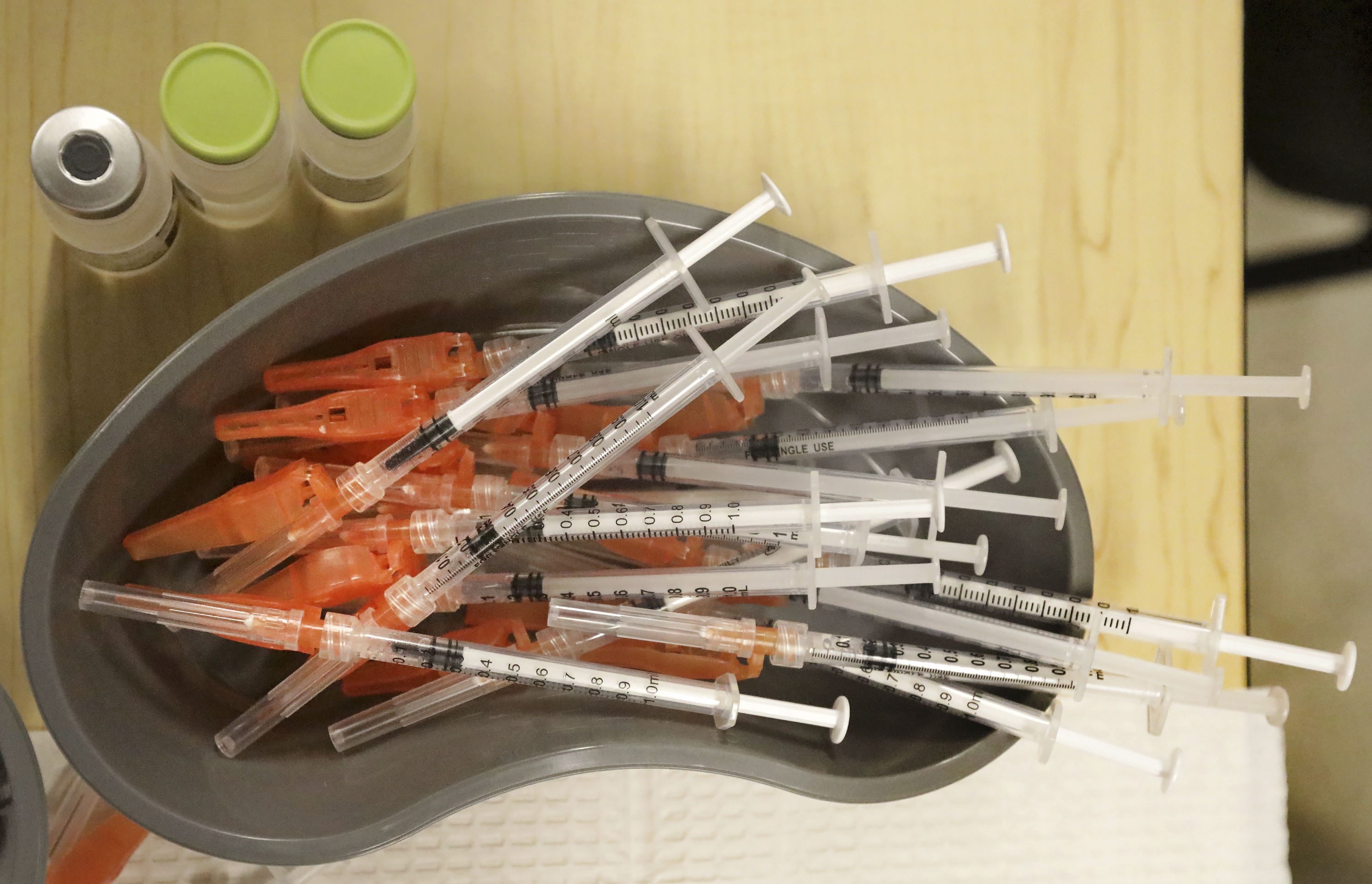 On Tuesday, the president took his latest step in that task, hosting an event in which he tried to convince voters that the vaccines critical to delivering on his pledge to move the nation from a pandemic footing lack any political leaning.

“As we enter this new moment in the battle against Covid, let’s use it to start fresh as a country, to put all the old battles over Covid behind us,” he said, pleading with Americans to seek out the latest round of booster shots. “None of this is about politics. It’s about your health and the health of your loved ones.”

The conciliatory approach — which came as Biden himself received an updated vaccine — reflects a broader effort underway within the White House to tone down the emotions and rhetoric around the vaccination campaign. It comes amid growing concern that the politicization of vaccines is hampering both Democrats’ midterm odds and the success of the government’s public health effort.

Just 7 percent of Americans have gotten the booster shot in the nearly two months since its rollout, with surveys showing Republicans are far more likely to reject the vaccine. Prominent GOP pundits and public officials have effectively fanned skepticism over the shots, equating opposition to the pandemic response with opposition to Biden.

But it’s not just Republican politics that the White House is seeking to alter. Even among those receptive to the government’s approach, little political enthusiasm remains for combating Covid with aggressive measures or government intervention. Most voters are indicating they’ve long since moved on.

Biden himself declared the pandemic over during an interview with “60 Minutes” — a declaration his team quickly sought to clarify as not official doctrine. And as White House aides plotted out the stretch run to the midterms, two people familiar with the matter said some in the building have wondered aloud whether there’s any significant political benefit to having the president speak about the pandemic.

“Covid is not popular,” said one of the people familiar with the matter, summing up the skepticism in some corners of the administration.

Top White House advisers, including chief of staff Ron Klain, have maintained that the Covid fight is critical to Biden’s success and must remain a top political and public health priority — and health officials argued Biden’s on-camera appeal for everyone to “get their shot just as soon as they can” was a critical element to raising awareness ahead of a winter season where Covid cases are expected to rise.

But Biden’s gentler rhetoric underscores the balance the administration is trying to strike between driving a sense of urgency around the vaccination campaign and trying not to deepen the existing political divisions tied to the shots.

Gone are the debates over mandates and orders for Republican governors to “get out of the way” that were part of the administration’s earlier vaccination efforts.

Instead, Biden on Tuesday positioned the shots as a personal choice aimed at protecting individuals and their immediate circles of friends and family.

“We’ve made the vaccines free and available,” he said. “Please use them and encourage your friends and loved ones and neighbors to use them as well.”

The approach also represents a sharp contrast from Biden’s attempt to press his party’s political advantage on other health issues in the run-up to the midterms. In remarks a day earlier at the Democratic National Committee, the president hammered Republicans over drug prices and health care costs, at times singling out individual lawmakers for criticism.

Biden of late has emphasized the specter of GOP demands for cuts to Medicare, betting that it will prove an effective centerpiece to Democrats’ closing message.

Yet the administration has found no similar benefit to picking fights over Covid. GOP candidates who sow doubts about the vaccine or spread misinformation about it pay no apparent political price, Biden officials note with frustration. In a more ominous sign, they believe that such anti-science rhetoric has increasingly become a way for some Republicans to shore up their support with conservative voters.

Last week, outside advisers to the Centers for Disease Control and Prevention recommended the Covid vaccine be added to the agency’s immunization schedules for children and adults — kicking off days of false claims that the government was trying to require the shots for kids in public schools.

Such mandates are decided at the state and local levels, but several prominent Republicans — including Senate candidates Adam Laxalt in Nevada and Blake Masters in Arizona — seized the opportunity to oppose the prospect of mandates, with Masters suggesting there’s “no evidence” the vaccine protects young children.

“They’re playing to the base and scoring political points,” said Leslie Dach, a former Obama-era senior health official and chair of the Democrat-aligned group Protect Our Care. “These Republican elected officials, they’re back to not wanting Biden to succeed and believe at best it’ll help them — and at worst, it’ll help them.”

John Moore, a virologist at Cornell University’s Weill Cornell Medicine, said the explosion of vaccine-related misinformation across conservative-leaning media has effectively turned the decision to get vaccinated into a declaration of party affiliation.

“The politicization and polarization has killed people,” he said. “If you trash the vaccines, people don’t take them and then they die — it’s a causal chain of events.”

There are few new signs that the sweeping Covid response that propelled Biden’s approval ratings to its highest point in early 2021 is still paying dividends more than a year later.

Voter satisfaction with how Biden handled the pandemic has remained relatively level since March. Democrats have shunned the issue on the campaign trail, in favor of emphasizing economic concerns and abortion rights that rank far higher on constituents’ priority lists.

And even after helping develop and distribute an updated vaccine in the space of just a few months, the administration has seen little in the way of enthusiasm. Roughly 20 million people have sought out the vaccine so far.

“It’s disappointing,” Marcus Plescia, chief medical officer at the Association of State and Territorial Health Officials, said of the uptake to date. “We really haven’t seen the level of participation that we’d hoped for.”

Biden health officials are still holding out hope that the vaccination rate will pick up, especially ahead of a Thanksgiving holiday where more people will be visiting older relatives. And they emphasize that, regardless of the political dynamics, the administration has no choice but to keep up the Covid fight.

But there’s also acknowledgment among some officials that earlier fights with the GOP over vaccine mandates drove division in addition to vaccinations — and that after touting the pandemic response as a chief success of Biden’s early presidency, the only path to preserving the administration’s progress across the board may be divorcing it in people’s minds from the president’s political fortunes.

“There’s still a lot of inroads that can be made,” said one senior administration official. “We’ve got to be careful about just saying, oh they’re all antivax.”