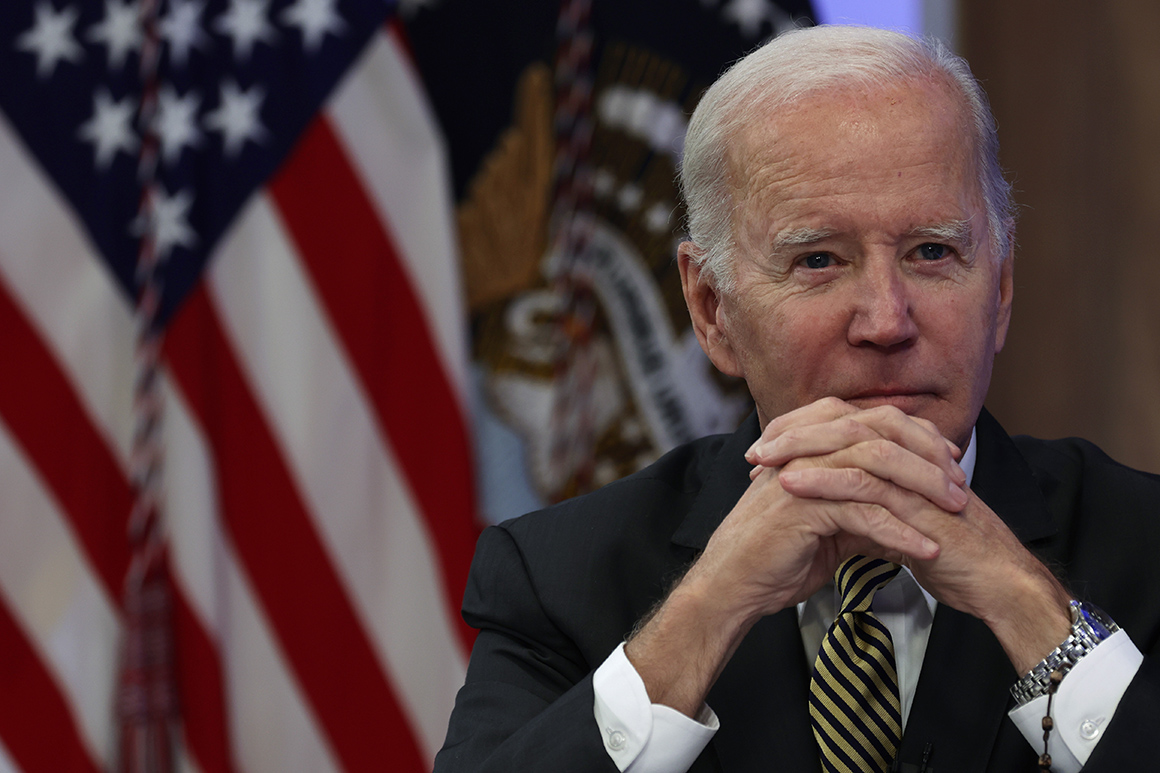 Congressional Democrats’ edge among those voters in this week’s poll drove slight Democratic improvement on the generic ballot: 47 percent of voters said they’ll support a Democratic candidate, while 42 percent said they’d support a Republican. That’s compared to 45 percent for Democrats and 44 percent for Republicans in the previous POLITICO/Morning Consult poll.

The 5-point edge for Democrats stands apart from most public polling at the moment, with results ranging from a tight midterm race to small GOP leads. But what is consistent is that Biden’s approval rating has settled in the low 40s — and those voters with a negative opinion of him, if not a strident one, represent the margin of victory or defeat.

The voters who somewhat disapprove of Biden make up 15 percent of respondents in the poll, including equal shares of men and women. They include a healthy portion — 13 percent — of Democrats, as well as 20 percent of independents and 13 percent of Republicans.

There were only slight differences in education and income levels among these voters. But people under 34 years of age were more likely to fall into the “somewhat disapprove” category. So were voters who identified themselves as “Other” or Hispanic, with around one-quarter of each group saying they somewhat disapprove of Biden.

The poll also found that a majority of voters think former President Donald Trump should have to comply with a subpoena to testify and share documents with the congressional committee investigating the Jan. 6 attack on the U.S. Capitol. The subpoena was officially issued last week.

Support for complying with the congressional subpoena was bipartisan but had significantly more support from Democrats, 90 percent of whom said they think Trump should testify in front of the committee. A majority of independent voters, 63 percent, and 42 percent of GOP voters also agreed.

In more bad news for Democrats, 68 percent of poll respondents said they believe the U.S. economy is currently in a recession compared with 19 percent who said they don’t think so. The percentages were the same as last week’s POLITICO/Morning Consult poll.

A plurality of voters said they are prioritizing economic issues when it comes to deciding who they vote for, with 46 percent saying it’s their top issue.