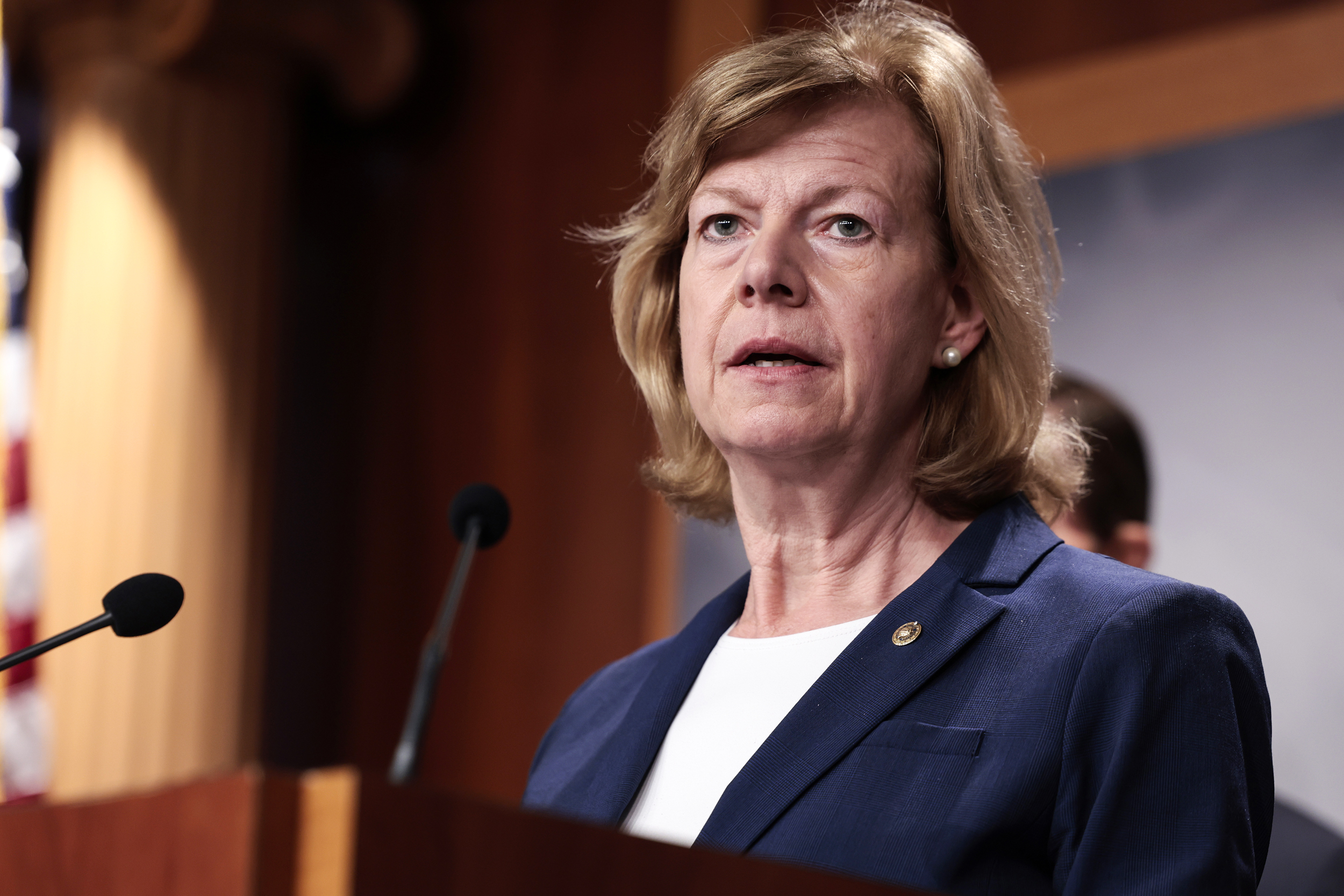 A bipartisan group of senators on Monday released an updated version of a bill to codify federal protections for same-sex marriages that they say they feel confident can get enough Republican support to pass in the Senate.

The leader of the effort, Sen. Tammy Baldwin, D-Wis., along with fellow Democratic Sen. Kyrsten Sinema of Arizona and Republican Sens. Rob Portman of Ohio, Susan Collins of Maine and Thom Tillis of North Carolina, were working on an amendment to the bill aimed at enticing more Republican votes to surmount a filibuster.

The senators said in a statement Monday that they are “confident that this amendment has helped earn the broad, bipartisan support needed to pass our commonsense legislation into law.”

Senate Majority Leader Chuck Schumer, D-N.Y., on Monday promised to hold a vote this week on the bill, which the group said has the 10 GOP votes needed to pass, during the lame duck session after midterms and before the start of the new Congress in January.

Democrats are aiming to pass the bill before next year when Republicans are favored to take back control of the House.

A vote on the bill was delayed ahead of midterm elections in order to allow senators more time to review the five-page amendment after some Republicans suggested that the vote tally would be higher after Election Day.

A version of the legislation cleared the House in July, with 47 Republicans joining all Democrats in voting yes.

The bipartisan group said they developed an amendment to the House-passed bill to confirm that the bill would not require or authorize the federal government to recognize polygamous marriages while guarding religious liberty and conscience protections under federal law and the Constitution.

“The Respect for Marriage Act is a needed step to provide millions of loving couples in same-sex and interracial marriages the certainty that they will continue to enjoy the freedoms, rights, and responsibilities afforded to all other marriages,” the group of senators said.

Minority Leader Mitch McConnell, R-Ky., who is facing brewing discontent over his leadership in the Senate, declined to say whether he’d vote for the same-sex marriage bill: “I’ll be voting on that bill when the votes are called,” he told reporters on Monday.

The Respect for Marriage Act would repeal the 1996 Defense of Marriage Act, which was largely invalidated by two Supreme Court rulings. After the high court struck down Roe v. Wade in June, advocates warned that the same-sex marriage rulings could also be in jeopardy.

The bill would require the federal government to recognize a marriage between two individuals if the marriage was valid in the state where it was performed. It would also guarantee that valid marriages between two individuals are given full faith and credit, regardless of the couple’s sex, race, ethnicity, or national origin, but the bill would not require a State to issue a marriage license contrary to state law.

Zoë Richards is the evening politics reporter for NBC News.