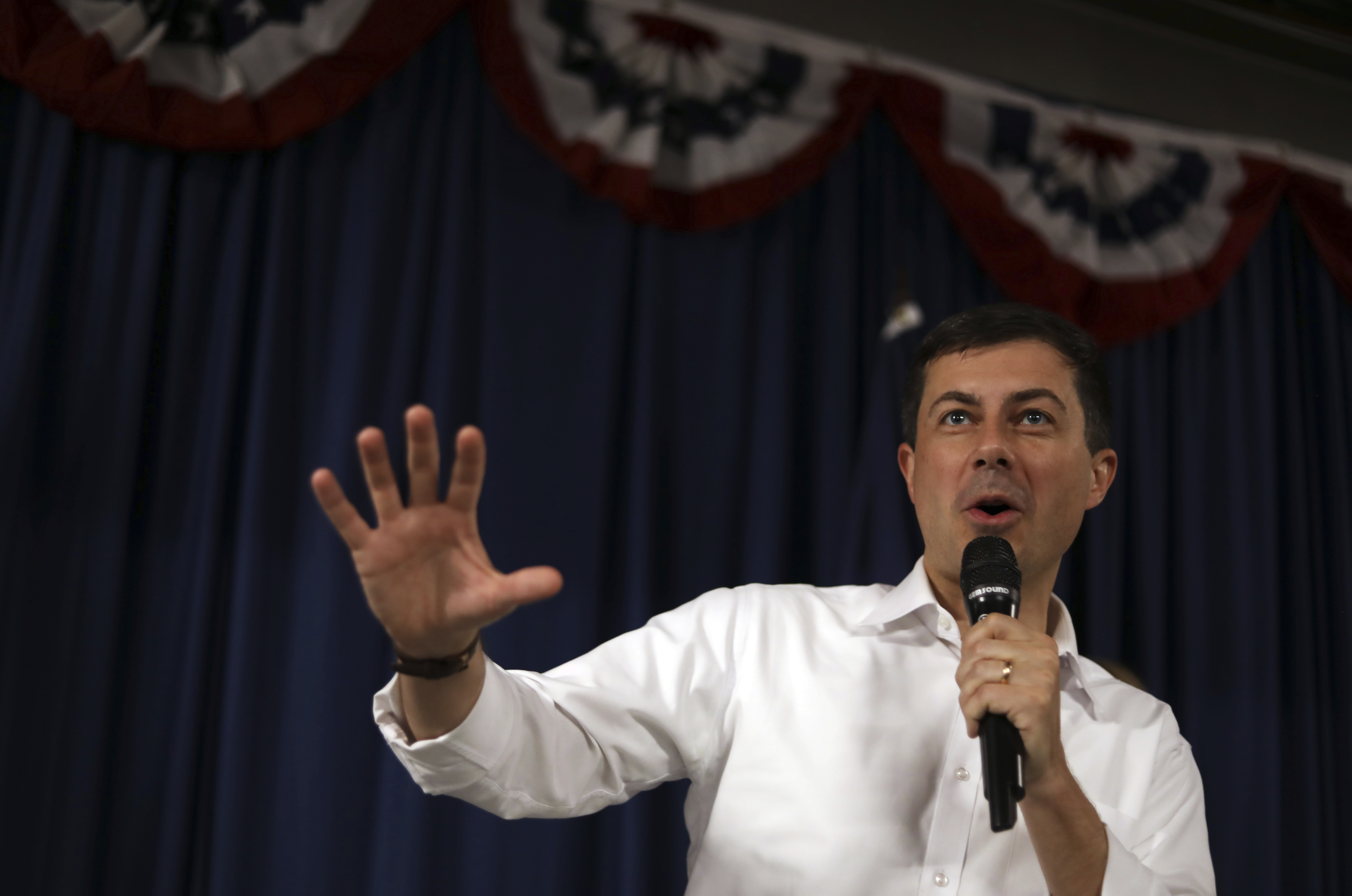 “It’s a little strange for me because I don’t do nearly as much on the partisan side now,” he said in an interview inside the Royal Oak City Hall as hundreds of Democratic supporters rallied just outside the window, pepped up by a high school marching band and live saxophonist. “So there’s a little bit of gear shifting. But what is exciting is there’s just a really good energy out there. Looks like there’s some pretty terrific energy out that window, too.”

Buttigieg, who has become one of his party’s most relied upon and capable messengers on cable news and late-night television, described the debate in the Democratic Party about whether issues such as democracy should be emphasized at the expense of so-called kitchen table issues as a false dichotomy. But he put his thumb on the scale for one.

“It’s definitely a cost-of-living election,” Buttigieg said, comments he would echo in his roughly 10-minute stump speech not long after. He added: “The biggest thing that we can get sucked into is one thing to the exclusion of the other. So people are obviously very concerned about our democracy, but we also have to talk about the economy,” he said. “When we talk about the economy, I think we can do quite well because it turns out most Americans prefer our solutions.”

In television appearances and interviews, Buttigieg has tried to distill Biden’s accomplishments into a simple-to-understand wrapper that he has called “the Big Deal,” echoing the historical framing of FDR’s “New Deal,” and Teddy Roosevelt’s “Square Deal.” Buttigieg acknowledged he’s “still trying to get that to catch on.”

“Sometimes I think it’s like being six feet from a supertanker,” he said. “There’s so much that it’s hard to see it all if you stack up all of the achievements, and I continue to look for ways to break it down a little bit. But I think part of it, especially with things like infrastructure, is just talking about concrete things.”

Earlier this year, Buttigieg moved to Traverse City, Michigan, where he lives with his husband and their twins near his in-laws. He registered to vote before the state’s August primary and, he told the crowd here Friday afternoon, recently got his Michigan driver’s license.

“The further you get away from Washington the more you’re reminded that concerns people talk about every day — at the grocery, at the church, at the kitchen table — are not the same ones that command most of the attention in Washington. Living in Michigan, being connected to Michigan — as with being in South Bend — can really help keep all that in perspective.”

In his stump speech, Buttigieg leaned into his own biography as the gay father of two.

“The most important thing for our kids isn’t worrying about whether they’re going home to two moms or two dads, but making sure they get home safe to begin with,” he said.

Campaigning not far from Buttigieg on Friday in Charlotte, Michigan: Former Vice President and fellow Hoosier Mike Pence. The two frenemies — who faced off at times during the 2020 Democratic primary — have emerged as some of their respective parties’ most sought-after surrogates.

“I like to think when you grew up in Indiana, you grew up with a certain habit of connecting with people on a straightforward level,” Buttigieg said. “I can’t speak for Mike Pence, but it so often feels like the Midwest becomes the center of the universe.”

This is the most Buttigieg will have been on the campaign trail since his 2020 presidential bid.

In both his official and personal capacity, Buttigieg and his staffers have been fastidious about not violating the Hatch Act, which requires government officials to keep a strict division between their official responsibilities and political efforts. Asked by a Detroit automotive reporter to respond to an electric vehicle industry development, the transportation secretary demurred, citing the federal law.

However, those rules don’t apply to his supporters, who clearly had 2020 – and 2024 – on their minds. Before Buttigieg took the stage, a woman walked closer to get a better view, displaying a Pete Buttigieg 2020 t-shirt, and hoisting a Pete for America sign. Not far away, seconds before Buttigieg began his speech, a man shouted: “2024, Pete.”