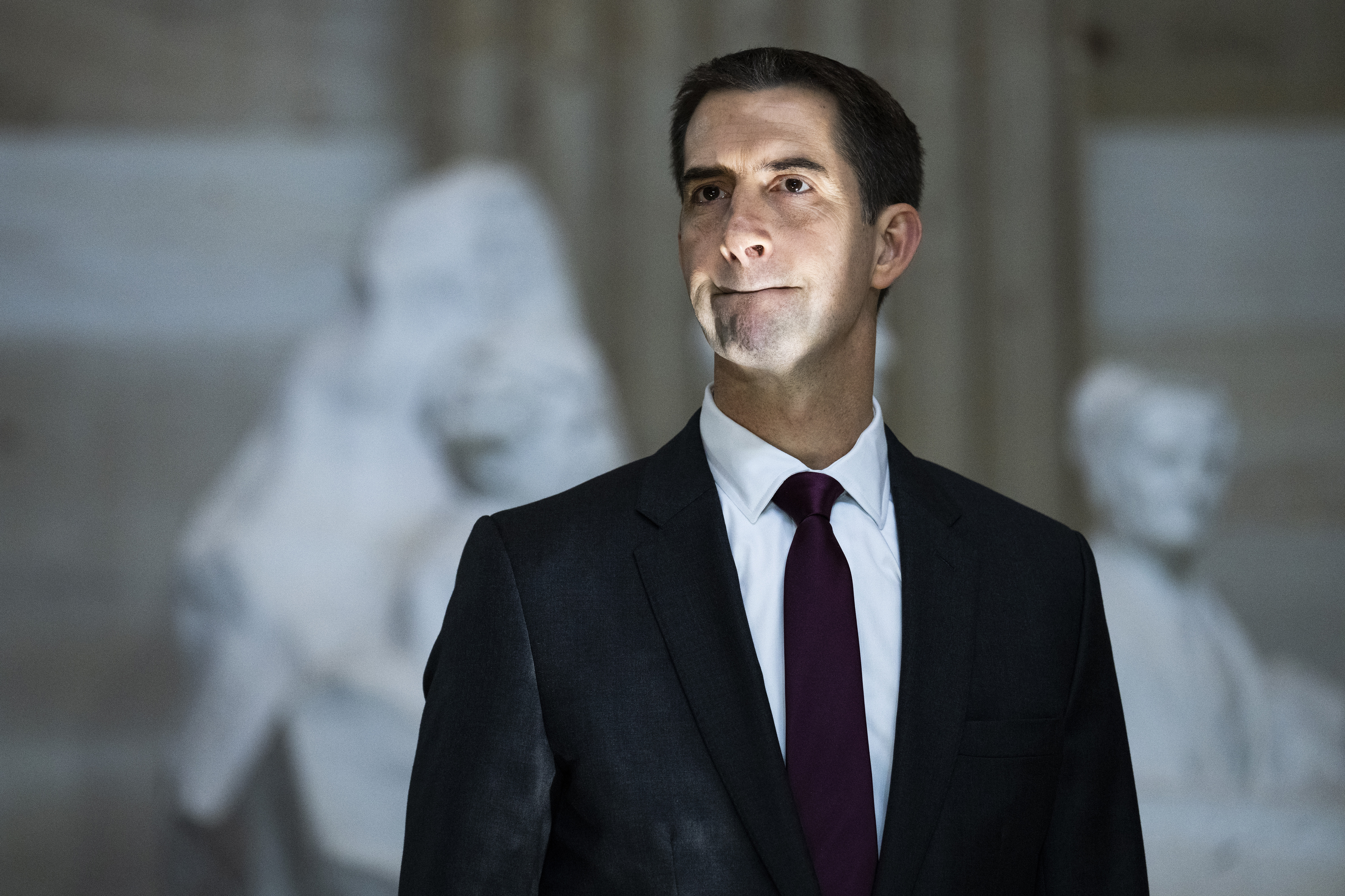 Until this week, Cotton was one of those looking at a national campaign. He has spent much of the last two years campaigning across the country for Republican midterm candidates, using local races as an opportunity to introduce himself to voters. He has taken a series of trips to Iowa and New Hampshire, which host the party’s first two presidential nominating contests. And he raised $8 million that could have seeded a presidential campaign account.

Cotton also bolstered his national profile by releasing a book on military history, and he recently expanded his political operation, moving one of his top advisers, Brian Colas, from his Senate office to a role with his political action committee. Cotton also invited top donors to a post-midterm fundraising retreat at the Salamander Resort & Spa in Middleburg, Va., which was seen as a precursor to the launch of a national campaign.

But over the last few weeks, Cotton began cooling on the idea. This week, he began calling allies to tell them that he wouldn’t be running, citing the concerns about his family. During the calls, however, Cotton made clear that he would be open to serving in a future Republican presidential administration. Cotton — an Afghanistan and Iraq war veteran — was mentioned as a potential nominee for CIA director during the Trump administration.

Had he decided to run, Cotton could have faced a crowded field of Republican competitors eager to challenge President Joe Biden in 2024. The list of potential candidates includes Trump and Florida Gov. Ron DeSantis, who enjoy bigger national profiles. But Cotton and his team had made the case to donors that early attention on some candidates has not been determinative in past presidential primaries, instead saying that performance in Iowa and New Hampshire — where Cotton was spending considerable time — was what ultimately mattered.

The rest of the Republican field is about to face an awkward choice: whether to take on Trump, who is inching toward a comeback bid, or to stand down. Some, including former New Jersey Gov. Chris Christie, have said a Trump run will have no bearing on their plans. But another, former U.N. Ambassador Nikki Haley, has said she would not run against the former president.

During a meeting with about two dozen of his donors in June, Cotton said that a Trump bid wouldn’t deter him from running. At the retreat, which was held at the Hay-Adams hotel in downtown Washington, the 45-year-old senator sketched out what he’d done to prepare for a campaign and said he was ready to run.