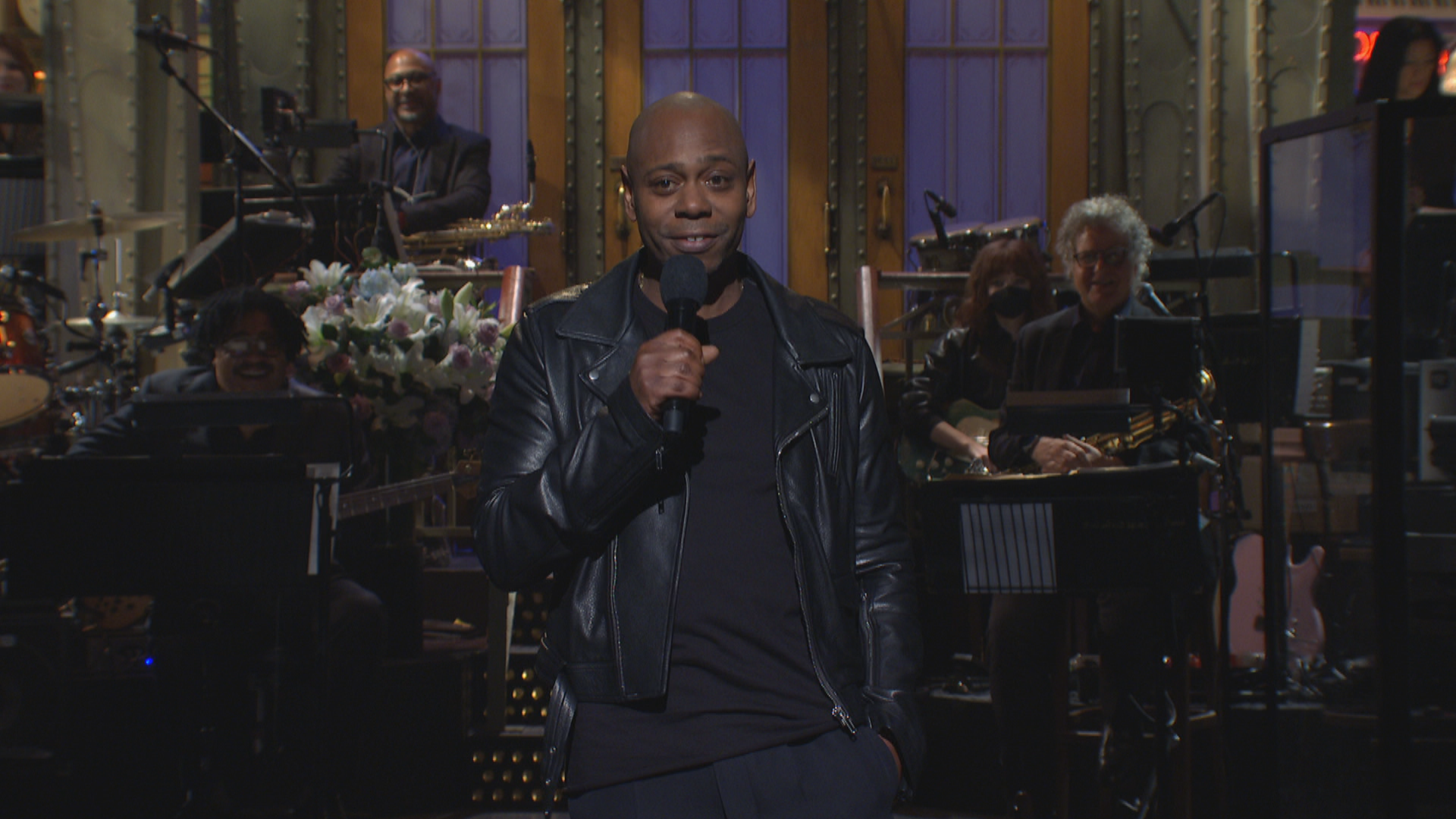 The comedian, known for courting controversy and defying his most vocal critics, did not directly address the furor over his comments about the transgender community in a Netflix comedy special released last year.

Chappelle took the stage inside Rockefeller Center’s Studio 8H and started his monologue with an extended riff on Ye, formerly known as Kanye West, who has been widely condemned for making a series of antisemitic comments.

The comedian read a brief statement: “I denounce antisemitism in all its forms and I stand with my friends in the Jewish community — and that, Kanye, is how you buy yourself some time.”

Chappelle mocked Ye as well as Brooklyn Nets star Kyrie Irving, who posted a link to an antisemitic movie on Twitter. But some of Chappelle’s commentary seemed designed at least in part to shock and provoke.

Chappelle’s comments about antisemitism drew a mixed reaction on Twitter, where some viewers criticized him for appearing to downplay Ye’s remarks or traffic in problematic stereotypes.

Chappelle eventually pivoted to other topics, including the midterm elections.

He ridiculed Herschel Walker, the scandal-plagued Republican nominee for Senate in Georgia, who is headed to a runoff contest against Democratic incumbent Sen. Raphael Warnock in December.

“I don’t want to speak badly of him, because he’s Black,” Chapelle said, referring to Walker. “But I have to admit, he’s observably stupid.”

Chappelle then explained why he believes Trump is popular with voters in places like Ohio, where he lives. He described the former president (and possible 2024 contender) as an “honest liar.”

“He was loved because people in Ohio have never seen anyone like him,” Chappelle said. “He’s an honest liar. He said, ‘I know the system is rigged because I use it.'”

He emceed four days after Trump’s upset victory in 2016, joking in his monologue that voters had elected an “internet troll.” He returned four years later, taking the stage hours after President Joe Biden was projected to have defeated Trump.

In recent years, Chappelle has attracted intense scrutiny for his public comments about transgender people, particularly after Netflix released his most recent stand-up special, “The Closer.”

“The Closer,” released Oct. 5, 2021, drew accusations of transphobia and plunged the streaming giant into a messy public relations crisis.

Hundreds of LGBTQ activists and Netflix workers marched outside the company’s Los Angeles headquarters later that month to protest the special.

The leaders of Netflix, for their part, stood by Chappelle.

“We work hard to support their creative freedom — even though this means there will always be content on Netflix some people believe is harmful,” Netflix co-chief Ted Sarandos told staff at the time.

Netflix and Chappelle continued to make it clear they were sticking together, announcing in February that the comedian would produce and host four specials featuring stand-ups he handpicked.

In late April of this year, Chappelle defended himself during a sold-out performance at Los Angeles’ Hollywood Bowl on the first night of Netflix’s annual comedy festival.

Chappelle, pacing around the stage and smoking a cigarette, told the audience of thousands on April 29 that he made “The Closer” with good intentions. He then went on to make several jokes about trans people, including college swimming star Lia Thomas.

Four days later, Chappelle was physically attacked onstage at the Hollywood Bowl, charged and tackled by a man carrying a replica gun.

The suspect, who identifies as bisexual, later said he found Chapelle’s show “triggering.” He was charged in May with four misdemeanor counts.

Chappelle was not injured, and a Netflix spokesperson condemned the attack.