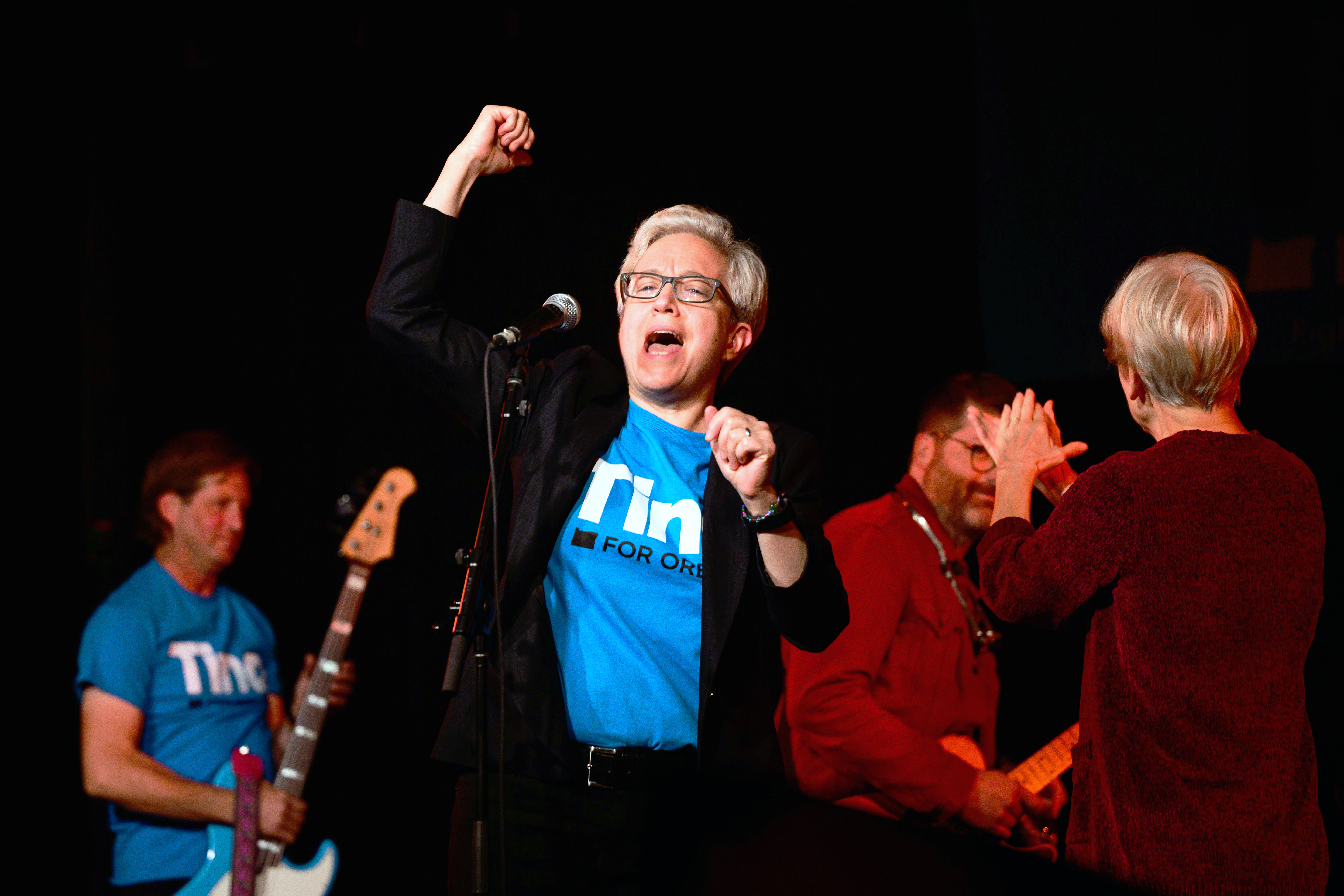 Kotek previously broke barriers as the country’s first out lesbian speaker of a state House of Representatives, in 2013, and holding on to that role to become the state chamber’s longest-serving speaker.

In winning this year’s race, Kotek overcame a multitude of factors working against Democrats in the state, including divisions within the party, a competitive third-party candidate siphoning voter from her, and a barrage of political attacks launched by the GOP candidate and aligned groups over rising crime and homelessness in the state.

In the days leading up to the election, polling had shown a dead heat between Kotek and Drazan, with independent Betsy Johnson polling in the mid-teens — peeling off what surveys showed was a large chunk of potential voters from Kotek. (Johnson was a Democratic state lawmaker for two decades.)

The close race sparked GOP hopes that voters in the reliably blue state — one that President Joe Biden won by 16 percentage points just two years ago — would elect its first Republican governor in 40 years.

Drazan came close, bombarding Kotek with relentless attacks over record-breaking crime and homelessness and tying her to term-limited Democratic Gov. Kate Brown — who has the highest disapproval ratings of any governor in the country — and Brown’s failure to address those issues.

Johnson, a well-funded third-party candidate, also hammered Kotek on crime and homelessness, while painting herself as a moderate alternative, supportive of abortion and gun rights, to the two major party candidates.

But Kotek got 11th-hour help from Biden, who campaigned with her last month in one of his few appearances alongside Democrats running this November. Despite the national political headwinds working against Biden and Democrats, his visit may have helped turn out enough Democratic voters to help Kotek win, strategists told NBC News.

Kotek, in her own ads, as well as in campaign appearances and debates, painted Drazan as “too right wing” for Oregon voters, attempting to tie her to President Donald Trump and his allies who falsely claim that the 2020 election was stolen from him. Her victory suggests those messages may have broken through to Oregon voters.

Kotek, however, also may have been aided by robust turnout among Democrats, whom many predicted would come out to vote on abortion rights — a top midterms concern following the Supreme Court’s decision in June overturning Roe v. Wade — but also on gun control, which was on the ballot Tuesday as well.

Voters were asked to decide whether to ban magazines that hold more than 10 rounds and require criminal background checks for most gun purchases. Kotek supported the gun control measures, while her two opponents did not.

Adam Edelman is a political reporter for NBC News.