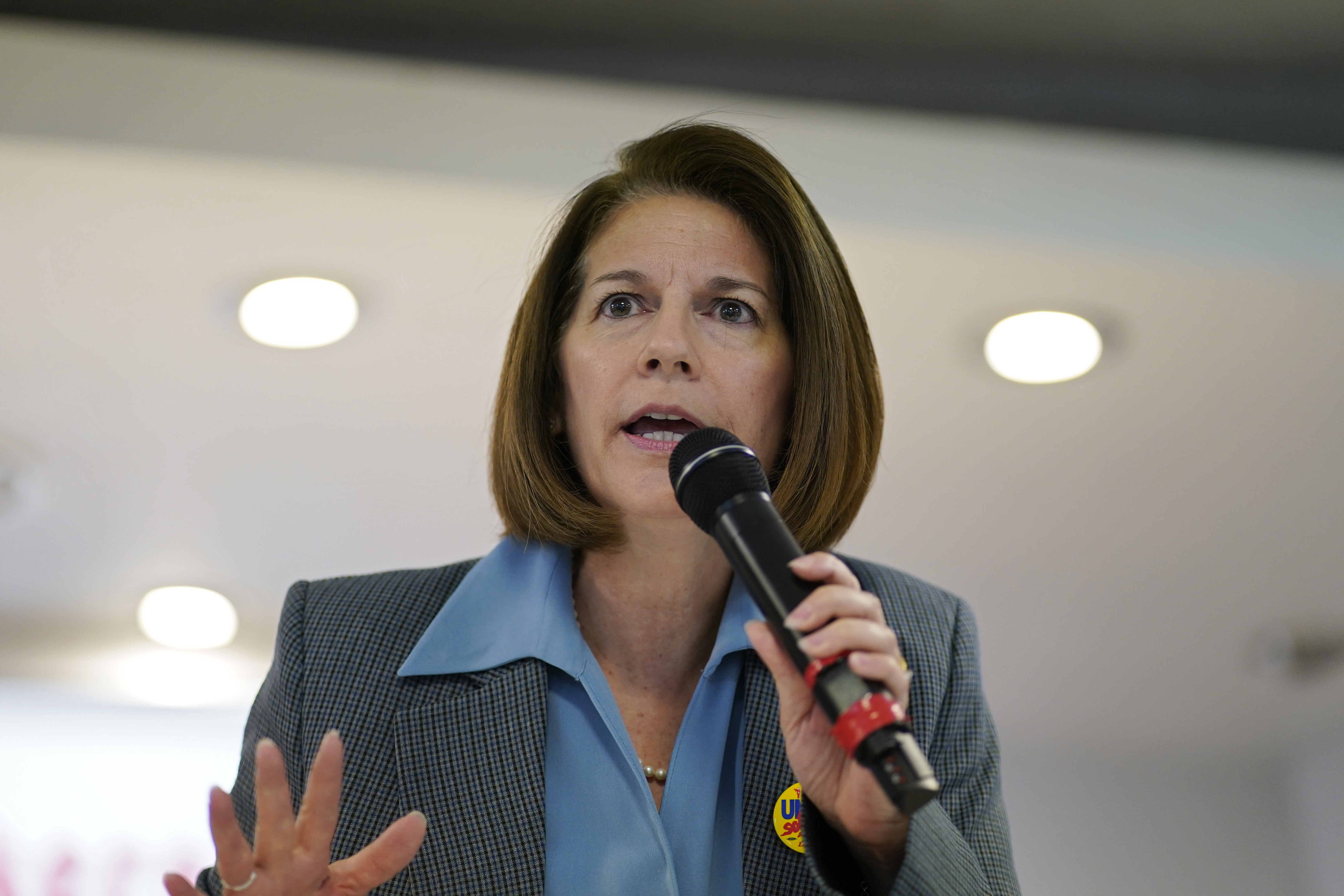 The tightening races, and fear of a narrow GOP takeover, are leading to some finger-pointing about the top Senate Democratic super PAC’s performance, particularly in prime potential pick-up states.

Asked about the possibility of another Senate locked at 50-50, Sen. Tim Kaine (D-Va.) sighed.

“Lord … obviously we would prefer it to having less. But we’ll feel like it’s the myth of Sisyphus or something,” he said, referring to the Greek mythological tale of a man doomed to push the same stone around. Senate Majority Leader Chuck Schumer, he added, will feel like “I’ve been trying to roll a boulder up the hill, and it’s rolled back on top of me.”

In a statement to POLITICO, Schumer said: “This 50/50 Senate was one of the most productive the Senate has ever seen, so if that’s the case again next Congress we’ll aspire for the same.”

The New York Democrat indeed managed to secure bipartisan wins on infrastructure, gun safety and microchips on top of two major party-line victories. And he’s transferred from his war chest $1 million each to Barnes and Fetterman. But some party operatives see Senate Majority PAC, the caucus’ main outside group, as contributing to its candidates’ recent stumbles.

The super PAC has gotten outspent by its GOP counterpart, the Mitch McConnell-affiliated Senate Leadership Fund, down the home stretch. That’s negated some Democratic fundraising advantages and raised eyebrows within the party about Senate Majority PAC’s strategy. Some Democrats have also complained that the group hasn’t gone for the jugular enough.

“I think the current polling speaks for itself,” said Irene Lin, a Democratic strategist who managed Wisconsin Senate hopeful Tom Nelson’s campaign during the state’s 2022 primary. Lin added that the Senate Democratic super PAC was not solely to blame for Barnes not having adequate air cover, but contended that its ads “clearly didn’t penetrate message-wise.”

She recounted hearing from Barnes supporters “seeing ad after ad against Mandela on crime and his taxes, and begging for a response from Dems, and saying they didn’t see any,” observing that Johnson “started as the second most unpopular senator in America, and his approvals have gone up!”

Senate Majority PAC spokesperson Veronica Yoo said in a statement: “We have 23 days left to elect John Fetterman and Mandela Barnes, and defend our Democratic Senate majority — that’s what we’re focusing on and we encourage our fellow Democrats to do the same.”

In Pennsylvania, Democrats’ best pick-up opportunity, a person with knowledge of the inner workings of the Fetterman campaign said there has been “widespread disappointment” and “perplexity” about Senate Majority PAC’s efforts in the state. A second person similarly situated described “frustration” while a third person close to Fetterman’s camp said “we felt a little bit exposed in September and were really holding our breath, and things feel better on the ground now.”

Sweitzer, however, says he still sees Fetterman winning and that things have gotten better recently. Though Republicans were outspending Democrats — and airing more ads — in states like Wisconsin and Pennsylvania, that has changed in recent weeks, according to media-tracking sources. Democrats are now ahead or on par with Republicans.

A huge chunk of that catchup came from Senate Majority PAC boosting its presence: the super PAC upped Pennsylvania spending from $9 million in September to $22 million in October, including future reservations, with a Wisconsin investment jump from nearly $7 million to $10 million during the same period, according to the ad-tracking firm AdImpact. The Senate GOP super PAC’s spending in both states, meanwhile, has stayed largely the same.

POLITICO currently lists Nevada, Georgia, Pennsylvania and Wisconsin as Senate toss-ups. If Cortez Masto loses in Nevada and Fetterman takes Pennsylvania, but party control of all other tossups remains the same, it’s a 50-50 Senate again.

In Georgia, the race between Sen. Raphael Warnock and former football star Herschel Walker remains close, even after the anti-abortion Walker’s struggles to explain a report he paid for an abortion. An Emerson College poll released this week found Warnock with 48 percent support and Walker at 46 percent.

If neither senator breaks 50 percent on Election Day, the race will go to another run-off in December — a repeat of the 2020 election that yielded the current 50-50 Senate.

And in Wisconsin, the latest poll from Marquette Law School released Wednesday has 52 percent of likely voters supporting Johnson, with 46 percent for Barnes. In the battleground states of Arizona and New Hampshire, where Republicans recently slashed ad buys, Sens. Mark Kelly (D-Ariz.) and Maggie Hassan (D-N.H.) are leading the polls.

“Democrats have put Republicans on defense across the Senate map — our incumbents are well positioned for victory and we have multiple pickup opportunities that remain strongly in play,” said David Bergstein, a spokesperson for the Democratic Senatorial Campaign Committee. “We’re focused on doing the work we need to protect and expand Democrats’ Senate majority, and every other Democrat who wants to win should do the same.”

Another evenly divided Senate would continue leaving Democrats no margin for error, particularly on confirmations of President Joe Biden’s nominees. It would kill progressive hopes of tossing the filibuster, even as Barnes and Fetterman campaign on being the 51st and 52nd votes to do so. With the filibuster surviving, the Democratic dream of codifying Roe v. Wade would be out the window.

And of course, with Republicans likely to win the House next year, the dynamic in Congress would require Schumer to work with a Speaker Kevin McCarthy. The bipartisan legislative accomplishments Democrats have highlighted this year saw little support from House Republicans, and the looming 2024 presidential election will make legislating under divided government that much harder.

Senate Majority Whip Dick Durbin (D-Ill.) predicted that if Congress is divided next year, “it’s going to be a struggle,” adding that he hopes “it doesn’t result in gridlock.” As for another 50-50 Senate, Durbin replied: “I’d like to see a clear majority, I think we could get a lot more done.”