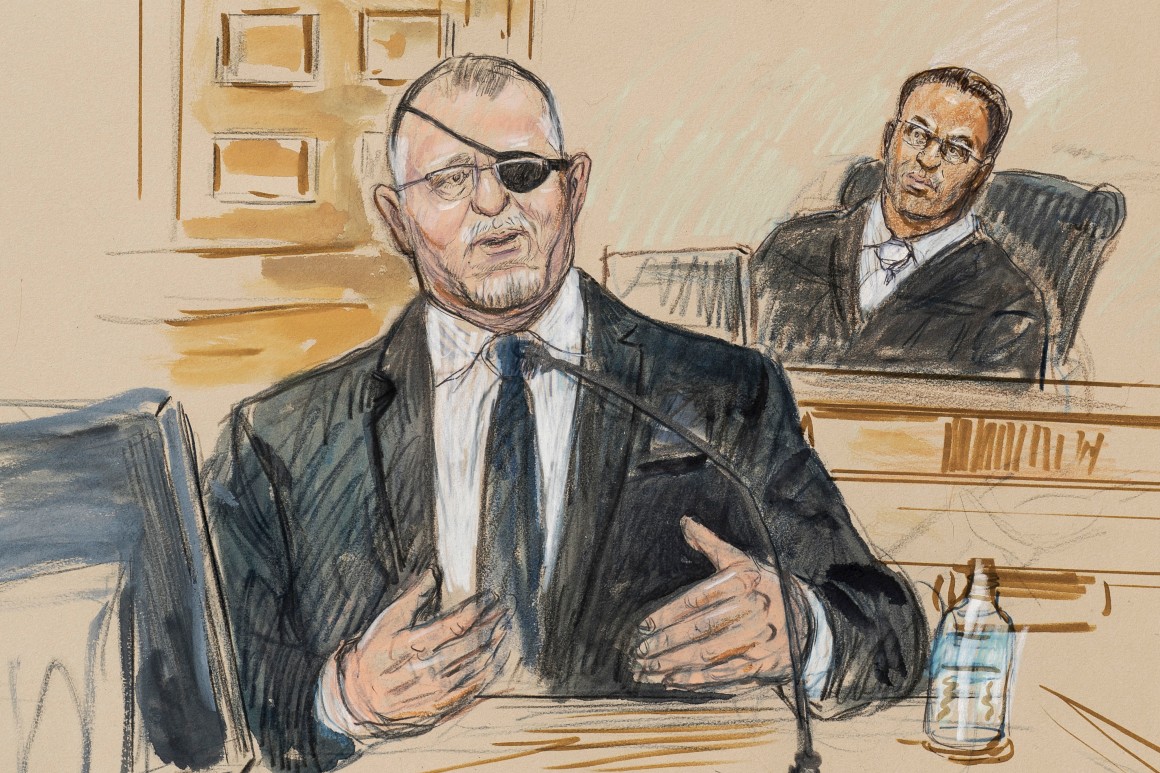 To prosecutors, the case is clear: Rhodes was the “architect” of a plan to overthrow the government by force unless Trump took direct action to seize a second term he didn’t win. As Jan. 6 approached, Rhodes grew increasingly frustrated at Trump’s inaction and assembled a team — including co-defendants Kelly Meggs and Kenneth Harrelson of Florida, Jessica Watkins of Ohio and Thomas Caldwell of Virginia. They coordinated to amass an arsenal of heavy weapons at a Comfort Inn in nearby Arlington, Va., and developed land and water routes to ferry them to Oath Keepers if violence erupted.

Two dozen Oath Keepers entered the Capitol after other rioters breached it and migrated toward the House and Senate chambers before they were repelled by police. Later, they met Rhodes outside the Capitol. Prosecutors say the group celebrated their actions and prepared to continue their efforts to oppose the government even after authorities regained control of the Capitol.

After closing arguments Friday, jurors will begin deliberating on the most significant charge — seditious conspiracy — as well as a slew of other charges lodged against the Oath Keeper leaders, including obstruction of an official proceeding and destruction of property at the Capitol.

Oath Keepers have contended that their conversation leading up to Jan. 6 was merely a lot of overheated talk and their actions amid the insurrection were relatively harmless. They came to Washington, they argued, to help perform security details for VIPs attending Trump’s Jan. 6 “Stop the Steal” rally. Their weapons cache, which they described as a “quick reaction force,” was meant to guard against an outbreak of street violence, not to target the Capitol, they contended.

In his closing argument, Rhodes’ attorney Lee Bright said that the Oath Keepers were fearful in 2020, as the country was largely in lockdown amid the Covid pandemic. Then, riots erupted amid the protests that accompanied the murder of George Floyd by a Minneapolis police officer — including in Portland, Seattle and Washington, D.C.

What resulted, he said, was “horribly heated rhetoric” and “bombast” — not a genuine intention to topple the government. He emphasized that no one had any idea that Jan. 6 was going to be a major event until just two weeks before when Trump called for a rally and protest.

Bright also mocked prosecutors’ contention that the Oath Keepers’ arsenal of firearms was an effort to bring “weapons of war” into Washington, D.C. He described it as a routine function of the Oath Keepers’ protocols when they performed security details at major events.

During the trial, Rhodes himself testified that he had no violent intentions toward the government on Jan. 6, and Caldwell and Watkins similarly took the stand to describe their actions as lawful and harmless. Rhodes’ on-the-ground operations leader Michael Greene testified that he viewed the Oath Keepers as a bunch of “old men” jabbering in a barbershop, never actually intending to make good on their violent words.

Prosecutors used their closing arguments to take aim at the testimony of Green and of Rhodes, Caldwell and Watkins themselves.

“The defendants’ words in this case were not the mere rantings and ravings of old men in a barbershop,” Rakoczy said.

Rhodes, they said, essentially owned up to his violent goals when he acknowledged a Dec. 10, 2020, text message he sent to allies: “Either Trump gets off his ass and uses the Insurrection Act to defeat the ChiCom puppet coup, or we will have to rise up in insurrection, rebellion against the ChiCom puppet BIden.”

“Mr. Rhodes agreed that that is what he was advocating,” Rakoczy said.

And Rakoczy said Caldwell’s testimony was simply “incredible,” refusing to take any responsibility for his involvement in the Jan. 6 incursion on the Capitol and describing the day as a “good time.”

“Why lie unless the truth is just too damning,” Rakoczy said.