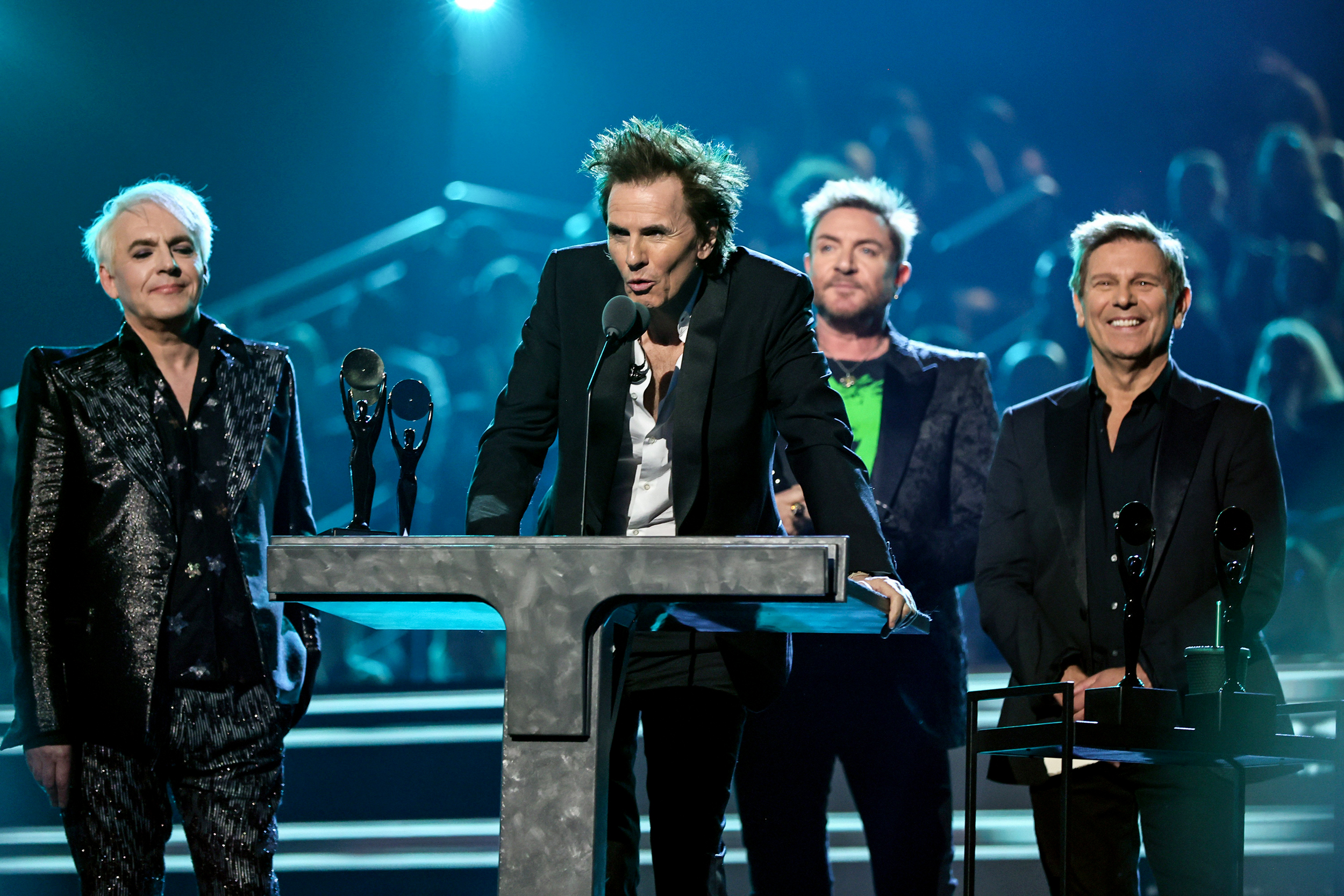 Duran Duran guitarist Andy Taylor was not able to attend Saturday night’s Rock & Roll Hall of Fame induction ceremony, where the band was honored, due to a setback in a stage 4 prostate cancer diagnosis, according to a statement from the English band.

His bandmates, Nick Rhodes, John Taylor, Roger Taylor and Simon Le Bon acknowledged the guitarist’s absence from the Los Angeles event by reading parts of a letter he wrote for the occasion.

“Just over 4-years ago I was diagnosed with stage 4 metastatic prostate cancer,” the letter read. “Many families have experienced the slow burn of this disease and of course we are no different; so I speak from the perspective of a family-man but with profound humility to the band, the greatest fans a group could have and this exceptional accolade.”

Taylor said in the letter that although his current condition “is not immediately life threatening there is no cure,” and that he recently suffered a setback.

“Recently I was doing okay after some very sophisticated life extending treatment, that was until a week or so ago when I suffered a setback,” Taylor wrote. “And despite the exceptional efforts of my team, I had to be honest in that both physically and mentally, I would be pushing my boundaries.”

Taylor said it was an honor to even be nominated for the Rock & Roll Hall of Fame, let alone inducted, and addressed his bandmates of 44 years as his brothers.

“I’m proud of everything we’ve achieved together and of the way you have continued,” he wrote. “You can dream about what happened to us but to experience it, on one’s own terms, as mates, was beyond incredible. I would like to thank each of my brothers in this great band.”

Taylor apologized for not being able to attend the event, but said his condition should not take away from what the band has achieved, with or without him.

Duran Duran was the first act inducted at the Microsoft Theater in Los Angeles Saturday night. The band took the stage and launched into their 1981 breakthrough hit “Girls on Film,” before playing a set that included “Hungry Like the Wolf” and “Ordinary World,” according to The Associated Press.