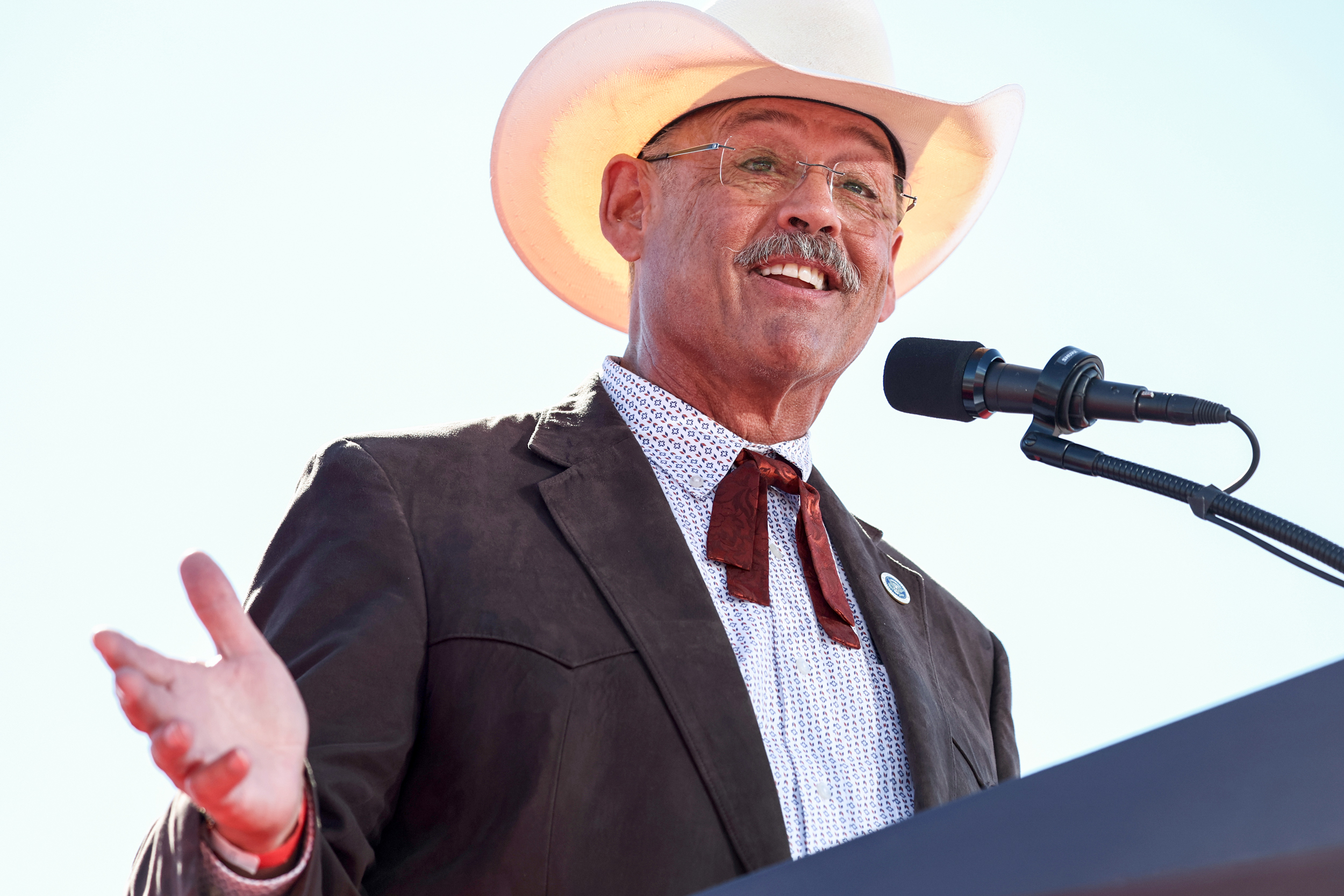 Nearly every single candidate in battleground state races who denied or questioned the results of the 2020 election was defeated for positions that oversee, defend and certify elections — a resounding loss for a movement that would have had the power to overturn future contests.

Yet Democrats who ran against such candidates in those races, nonpartisan groups who monitored those races, and groups who fought against election deniers say the danger is still there.

“While 2022 was indeed a victory for the voters, for democracy, we are really just at a halfway point of what is a multiyear, multifaceted effort to delegitimize democracy in our country,” said Jocelyn Benson, the Democratic secretary of state in Michigan who won re-election last week against Kristina Karamo, the election-denying Republican candidate.

“But we still have a presidential election under two years away, in which we anticipate a lot of the same challenges … may return,” she added.

Helping Benson to fight those obstacles against safely administering and accurately certifying elections will be a cadre of newly elected and freshly re-elected governors, secretaries of state and attorneys general who have vowed to honor the will of the voters — and who all beat out election-denying Republican candidates in crucial swing states.

In the 13 races in six battleground states where an election denier was on the ballot for governor, secretary of state or attorney general, 12 lost, according to the latest NBC News projections. The only other contest — Arizona’s attorney general race between Democrat Kris Mayes and Republican Abraham Hamadeh — remains too close to call, though Mayes leads.

All three Republican candidates questioned President Joe Biden’s victory or falsely said the election was outright stolen from Donald Trump. Finchem has ties to QAnon and the Oath Keepers and attended Trump’s “Stop the Steal” rally that preceded the Jan. 6 attack on the Capitol.

In Nevada, Democrat Cisco Aguilar beat Republican Jim Marchant — a Trump-endorsed election denier who recently vowed that he and candidates like him would “fix the whole country” and make sure that Trump “is going to be president again in 2024.”

In Wisconsin’s race for governor, Democratic incumbent Tony Evers narrowly beat Republican Tim Michels, who has repeated the false claim made by Trump and his supporters that the 2020 election in the state were rife with fraud and said during the primary that he was open to efforts to decertify Biden’s win in the state.

In Pennsylvania, meanwhile, Republican Doug Mastriano — who was one of the most high-profile election deniers — lost the race for governor to Democrat Josh Shapiro. Pennsylvania’s governor gets to appoint the secretary of state, meaning the top race had packed an especially strong punch in terms of the future of honoring election results there.

“We were at a fork in the road,” said Jena Griswold, the chair of the Democratic Association of Secretaries of State and the incumbent Democratic secretary of state in Colorado. “But voters sent a very clear message that Americans deeply care about democracy and don’t want extremists running our nation’s elections.”

The defeats of election deniers spanned well beyond swing states.

Out of 94 races for governor, secretary of state and attorney general in 2022, just 14 election deniers were elected into office (five in Alabama, Idaho, Indiana, Kansas and Wyoming) or won re-election (nine in Alabama, Florida, Iowa, Idaho, Kansas, South Carolina, Tennessee and Texas), according to States United Action, a nonpartisan group that closely tracked the issue throughout the 2022 election cycle. All 14 races where election deniers won were in states that voted to elect Trump in both 2016 and 2020.

Still, that represents 14 too many for some.

“Election denialism is still alive and well,” said Trey Grayson, a former Republican secretary of state in Kentucky. “About 31% of the population of the country, living in [these] states will still have an election denier as their governor, their attorney general or their secretary of state, all of whom still have power in some shape or form over their elections.”

“Just one election denier in any state is too many, because it means there are Americans who are under the threat of having their voice not count in the next election,” added Grayson, who also pointed to victorious Republican congressional candidates who denied or questioned the results of the 2020 election — a group that includes J.D. Vance in Ohio and Ron Johnson in Wisconsin.

Senators are responsible for affirming the certification of election results in their states — a tradition that was routine and largely ceremonial until Jan. 6, when supporters of Trump broke into the Capitol to try to prevent Biden’s win from being finalized.

The offices of governor, secretary of state and attorney general, however, hold the power to fundamentally transform elections — including how they are administered and overseen, as well as a multitude of ways the results are defended and certified. Changes to those processes could affect the election in 2024, when Trump has announced he will run. For example, many secretaries of state oversee the offices that administer all elections. State attorneys generals can launch or defend against election lawsuits that can ultimately affect the vote-counting process. And without definitive action by Congress to reform the Electoral Count Act, governors continue to have the ability to exploit ambiguities in the law to ensure favored candidates succeed.

Moving forward, Grayson and others said that secretaries of state in particular will have to continue to work hard to continue explaining to voters what the job entails, why it’s important, and the various voting and ballot-counting processes that, if misunderstood or misconstrued, can give way to massive streams of misinformation.

“One of the critical components that we have to do is make sure that the process is much more familiar,” Fontes, the incoming Democratic secretary of state in Arizona, said on a call with reporters Monday. Fontes noted that election deniers in his state and across the country have frequently exploited for political gain the fact that the state processes hundreds of thousands of ballots after Election Day.

Griswold, who as secretary of state in Colorado has had to confront security breaches, election deniers and threats to her personal safety, warned that coordinated efforts to destabilize elections “are not over.”

“While the message of today is that Americans did their part in rejecting extremist candidates in contested races — and that’s worth a lot — these things continue to be a danger,” she said.

Benson, meanwhile, said she was encouraged by “what 2022 demonstrated” — but vowed to keep up the fight in protecting elections.

“Act 2 ended with a success for democracy, as Act 1 did,” Benson continued, referring to voters’ rejection of Trump in 2020 and the recent midterm elections.