Get them on social media and keep it authentic, Gen-Z consultants advise candidates > Dogecointool Skip to content 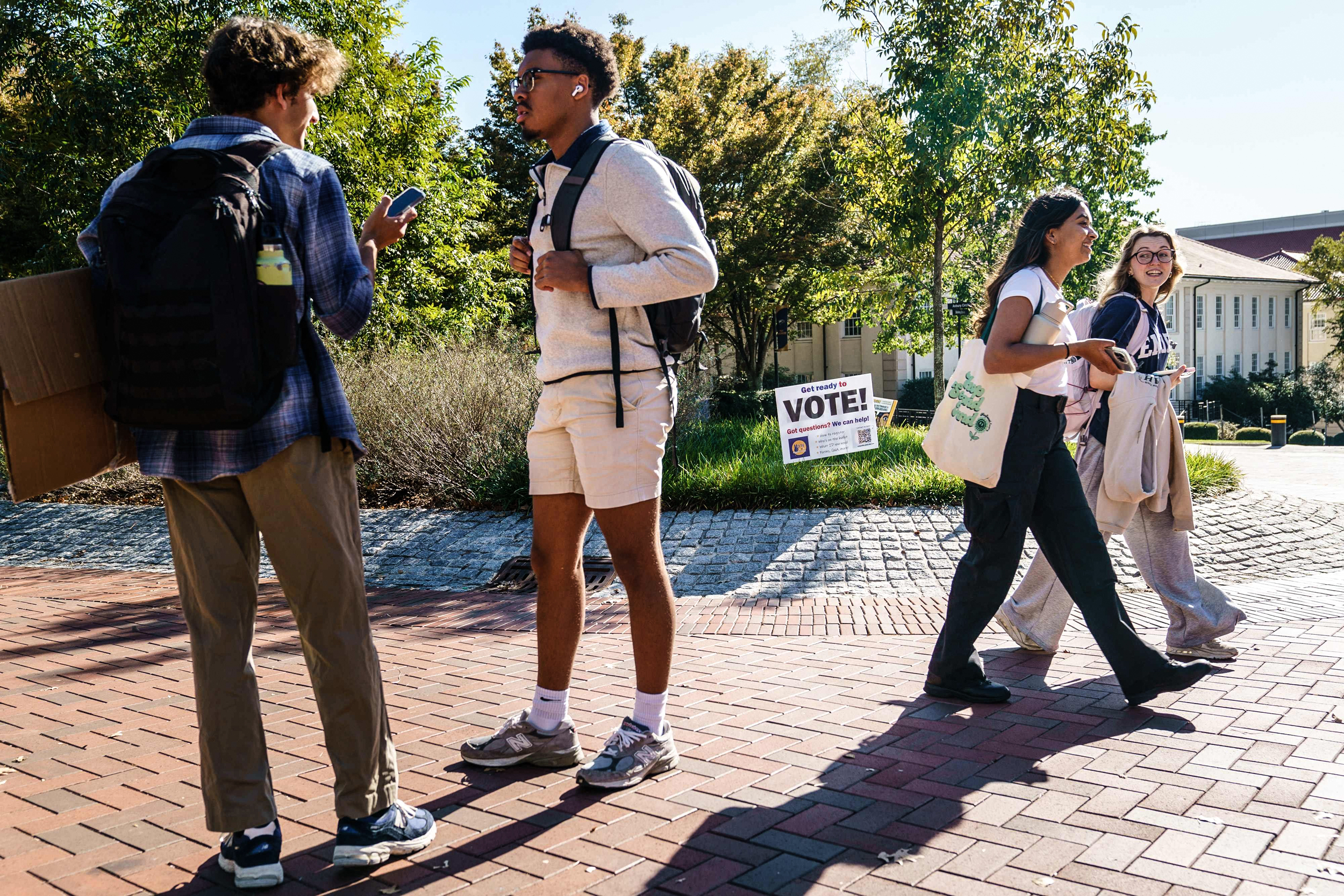 After Generation Z voters turned out in record numbers in 2020, a nascent but growing crop of consulting firms hopes to help candidates better reach an electorate skeptical of more traditional appeals.

“The Gen Z electorate can make or break the election in some of our key races,” said Ashley Aylward, 26, a research manager at HIT Strategies, a Washington-based public opinion research firm focusing on youth and minority voters.

The firm was started in 2019 “because we were seeing so many political operatives kind of just dismissing the emerging electorate — young people, people of color,” she said.

About 8.3 million young people became eligible to vote in the 2022 elections, according to Tufts University’s Center for Information and Research on Civic Learning and Engagement. As more of Gen Z reaches voting age, experts have advised candidates to change their strategies to appeal to new voters.

“Young voters care a lot, and they do engage in politics, they just engage in very different ways than what candidates and what many older officials want them to,” Aylward said.

Experts said social media — and TikTok specifically — are key in strategizing for the Gen Z vote in the 2022 election. The Chinese-owned video app, which U.S. officials and lawmakers warned against using in 2020 because of concerns over potential security risks, has exploded in popularity among would-be youth target groups: 26% of 19- to 29-year-olds regularly get news from TikTok, according to a Pew Research Center study released last month.

“I can say TikTok in particular has definitely been one platform that we all are thinking about a lot more than we were in 2020,” said Caitlyn McNamee, an account director at BerlinRosen, a communications firm whose past clients include former Democratic Rep. Beto O’Rourke, who is challenging Republican Gov. Greg Abbott in Texas, and Pete Buttigieg, a former Indiana mayor who became the Biden administration’s secretary of transportation after losing his bid for the Democratic presidential nomination in 2020.

Experts emphasized that Gen Z cares about authenticity and casualness; candidates can “miss the mark” when they “don’t use the language that young people do,” Aylward said. “They don’t just take off the politician mask and say it like it is.”

“When I talk to candidates and other organizations to give advice, I often tell them to engage in TikTok, even though they think it’s crazy,” she said. “I’m like, engage in Twitter and Instagram, but not where you’re going on and just listing off your policy points. You have to be silly.”

Some candidates appear to be heeding the advice. On Wednesday, Barnes posted a TikTok of himself wrapping numerous churros in tinfoil with a caption reading, “When you’ve got a canvass launch in 15 but can’t leave without the churros …” The same day, Jones reposted a TikTok video endorsement from Rachel Cox, a Democratic candidate for state representative in Arkansas, in which she and a friend are dressed as peanut butter and jelly.

Content that seems inauthentic could actually have “the opposite effect” of what’s intended, said Anmol Dhalla, 21, the former CEO of the Gen Z-focused consulting firm Genzup, who now works in real estate.

Erifili Gounari, 22, the founder and CEO of another Gen Z consulting firm, The Z Link, added, “Being so digitally immersed from a young age, we have kind of a knack for pointing out inauthentic content or campaigns or people. Because if something looks too much like marketing, it’s gonna lose Gen Z’s interest very quickly.”

As Gen Z continues to age into the electorate, Aylward stressed the importance of “meeting them where they are” and the danger of seeing candidates and campaigns “that only speak to” older generations.

“They’re going to keep aging into the electorate. And this is going to be a problem that we’re going to have to face and learn how to engage with,” she said.