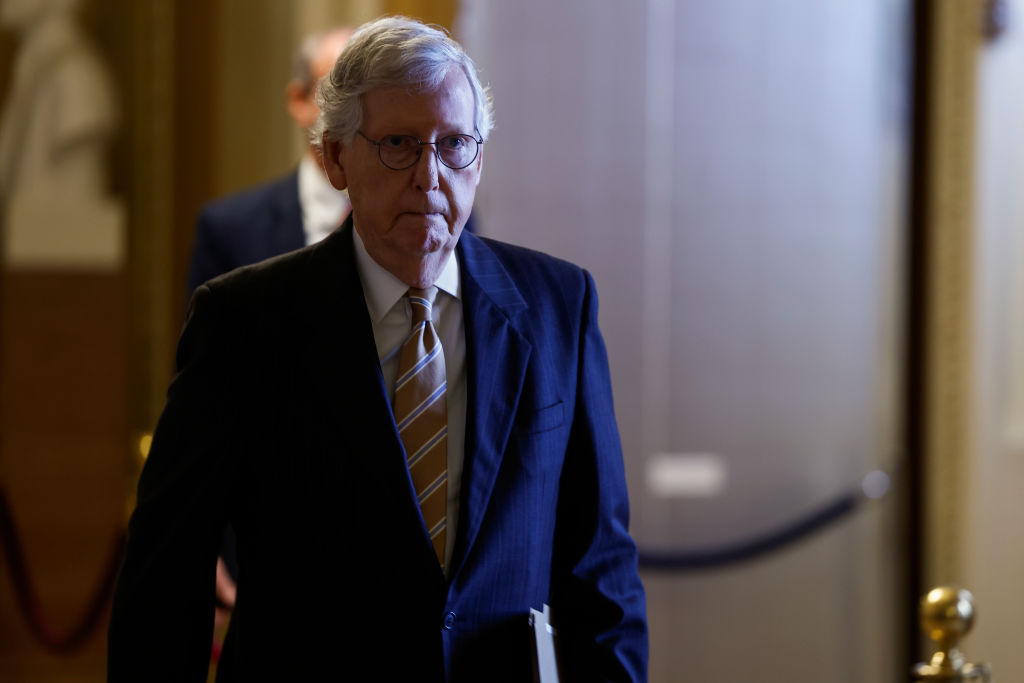 Sen. Tom Cotton (R-Ark.), who delivered the nominating speech two years ago for McConnell (R-Ky.) and supports his bid for leader, said on CBS News’ “Face the Nation” that he saw no reason to postpone the leadership elections.

“The great wrestling champion Ric Flair used to say ‘to be the man, you have to beat the man,’ and so far no one has had the nerve to step forward and challenge Sen. McConnell,” Cotton said. “It’s better that we move forward with these elections so we can focus again on the Georgia runoff.”

With Sens. Catherine Cortez Masto (D-Nev.) and Mark Kelly (D-Ariz.) winning reelection, Democrats are headed into the Dec. 6 Georgia runoff with the majority in hand. Yet some Republicans cited the uncertain outcome of the Georgia Senate race as a reason to wait until December to vote on the GOP leadership team.

Scott had considered challenging McConnell for GOP leader but ultimately decided against it after the party’s poor election performance. On Sunday, he reiterated that the party should postpone the leadership elections.

“People have called me to see if I’ll run,” Scott said on Fox News’ “Sunday Morning Futures.” “Here’s my focus: We’ve still got to win Georgia, I’m not going to take anything off the table but my job right now is to do everything I can to help Herschel win.”

Scott’s push to delay leadership elections is the latest round of his monthslong feud with McConnell. In the spring, Scott released an 11-point proposal that McConnell and other Senate Republicans warned would serve as fodder for Democratic campaign ads. Both Biden and Senate Majority Leader Chuck Schumer cited the plan in public speeches, suggesting it could lead to tax hikes.

Over the summer, Scott said he and McConnell had a “strategic disagreement” after the GOP leader suggested that “candidate quality has a lot to do with the outcome” of Senate elections — a statement that was interpreted as a knock on some of the Trump-aligned candidates who emerged from primaries.

Scott defended his efforts Sunday on Fox News and took another shot at McConnell, while also criticizing Republicans for “teaming up with the Democrats.”

“When I put out my plan, he said we’re just going to talk about how bad the Democrats are,” he said. “Leadership said no, we’re not going to have a plan.”

Sen. Ron Johnson (R-Wis.), who just won reelection, reiterated Sunday that the leadership elections should be postponed so that “anyone who wants to run can talk to colleagues in order to make an informed decision to run.” He also said he’s not ruling out his own bid to lead the Republican Policy Committee.

Sen. Joni Ernst (R-Iowa), the No. 5 GOP leader, said this past spring she plans to run for that slot, which will be vacated by retiring Sen. Roy Blunt (R-Mo.).