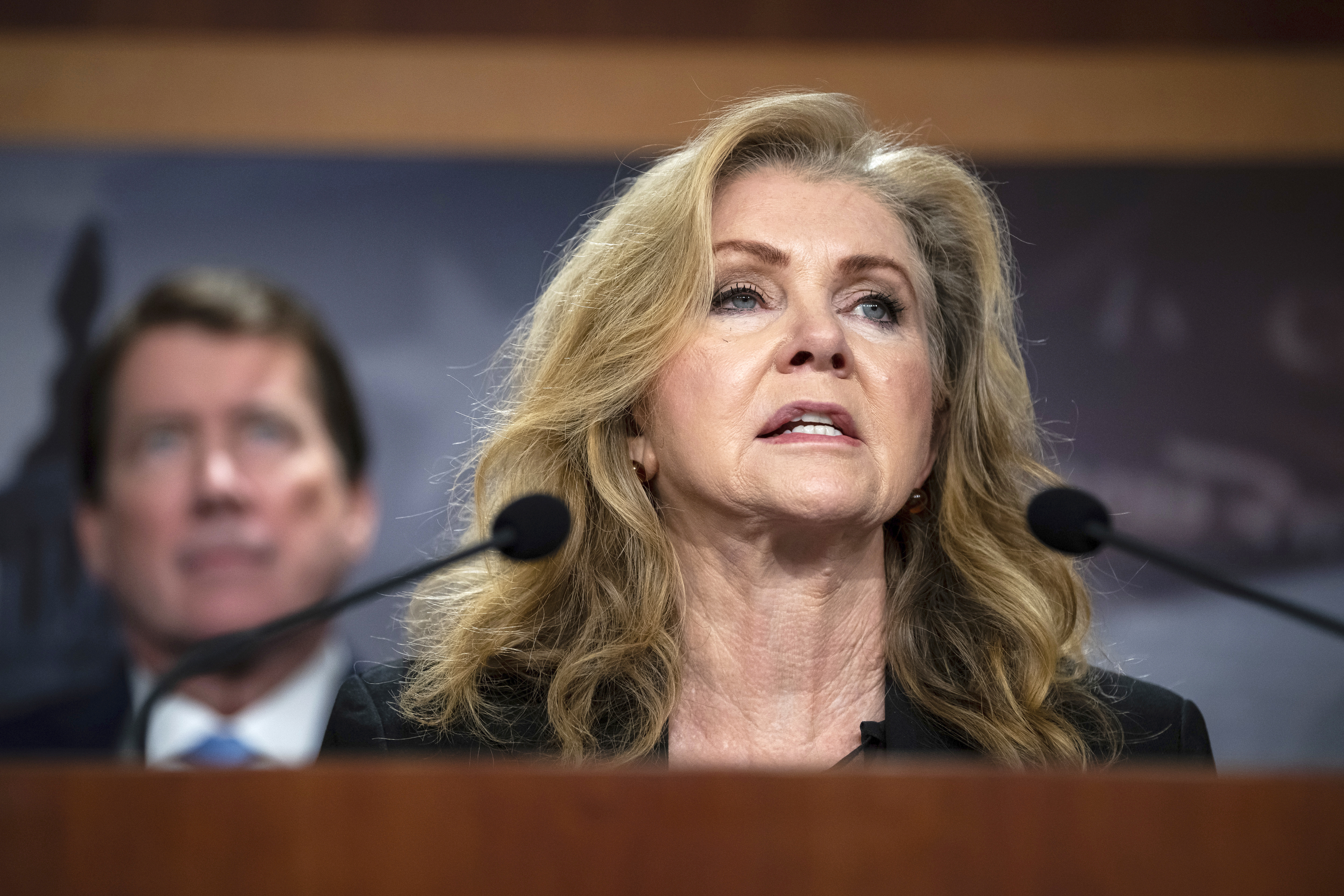 Sen. Marsha Blackburn, R-Tenn., is the latest conservative — and perhaps the most high-profile one — to target a 25-year-old TikTok influencer in what appears to be an anti-transgender vitriol campaign.

In the embedded video, titled “Day 74 of girlhood,” Mulvaney — whose TikTok account chronicles her gender transition — says transgender women should not feel compelled to avoid wearing tight pants or tuck their penises. Instead, she says, society should normalize trans women having visible bulges in their crotch area.

Blackburn’s office did not immediately respond to a request for comment.

Mulvaney, who has over 8.4 million followers on TikTok, interviewed President Joe Biden at the White House last week for the social-media focused news outlet NowThis News. She was among six activists who interviewed the president on a range of issues, including gun reform and climate change. The conversations were released Sunday.

In her interview with the president, Mulvaney pressed Biden on whether he thinks states should have a right to ban gender-affirming health care.

“I don’t think any state or anybody should have the right to do that,” Biden said. “As a moral question and as a legal question, I just think it’s wrong.”

The roughly six-minute interview with Biden went viral in right-wing pockets of the internet and was shared by prominent conservatives, including Republican National Committee Chairwoman Ronna McDaniel and Rep. Marjorie Taylor Green, R-Ga., sparking a slew of offensive and anti-transgender rhetoric aimed at Mulvaney.

Blackburn’s tweet Monday followed calls from conservatives last week to boycott Ulta Beauty after the cosmetic chain featured Mulvaney in an episode of its “The Beauty Of…” podcast. The episode, titled “The Beauty Of… Girlhood with Dylan Mulvaney,” faced a slew of transphobic backlash, forcing Ulta to disable comments from the episode on YouTube.

Mulvaney did not immediately respond to a request for comment.

Matt Lavietes is a reporter for NBC Out.