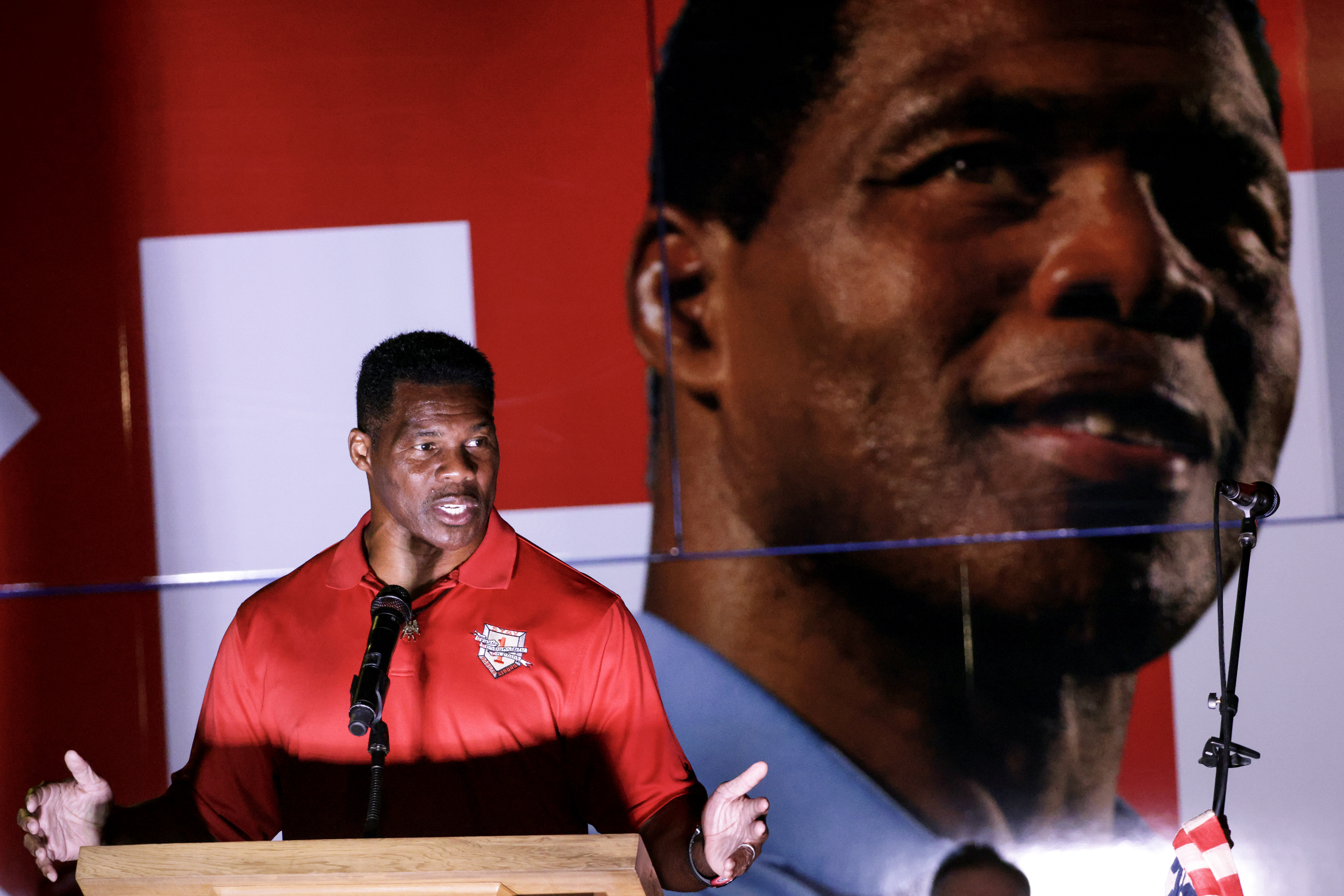 The head of the Senate Republican campaign committee pledged Wednesday to raise whatever money he can and begin an advertising blitz this week for Herschel Walker’s runoff in Georgia against Democratic Sen. Raphael Warnock.

But there’s one aspect that Florida Sen. Rick Scott won’t weigh in on: whether former President Donald Trump should stay out of the December runoff in Georgia.

Trump, who has had a toxic relationship with popular Republican Gov. Brian Kemp despite endorsing him a day before his re-election, was faulted by GOP insiders for costing the party control of the Senate in two simultaneous runoffs last year, after Trump lost his re-election bid to President Joe Biden and then advanced false conspiracy theories about voting that led many Republican voters in Georgia to stay home.

Now — after more than $200 million was spent by both sides in this year’s Senate race — Warnock is in another runoff. This time it’s on Dec. 6 against Walker, and the state could once again decide the balance of power in the Senate.

Republican leaders don’t want a repeat of the 2021, especially now that Trump has teased a “big announcement” Tuesday that’s widely expected to be an official declaration of another White House bid. But Scott is staying mum on the Trump question.

“That’ll be a decision between Herschel and Trump. I know that Trump wants to be helpful to make Herschel win. That’s an issue for the campaign. I don’t get to participate in those decisions,” said Scott, who is in charge of getting Republicans elected as chairman of the National Republican Senatorial Committee.

Instead, Scott said his focus will be limited to raising “every dime” possible for Walker after plowing $14 million of NRSC money into the race. The committee will start running TV ads this week.

Scott also issued a memo to donors and surrogates urging their involvement, including through TV appearances, to solicit campaign donations for Walker.

Scott acknowledged that he “was disappointed” with Tuesday’s election results because Republicans expected to win more Senate seats. Instead, celebrity doctor Mehmet Oz, who was backed by Trump, lost his bid for an open Pennsylvania Senate seat vacated by a Republican, while GOP Senate candidate Blake Masters is trailing Democratic Sen. Mark Kelly in Arizona. NBC News has not yet projected a winner in the Arizona race.

Still, another GOP Senate candidate supported by Trump, Nevada’s Adam Laxalt, is leading Democratic Sen. Catherine Cortez Masto in another contest NBC News has rated too close to call. Should Laxalt prevail, the Georgia Senate race would once again determine which control of the Senate.

Trump recruited Walker to run because the former University of Georgia football star is an iconic sports figure in the state and has a decades-long friendship with the former president.

But Walker also has a long record of false statements about his business and education, in addition to domestic violence allegations and accusations that he paid women for abortions, which he has denied. Democrats savaged him in a saturation ad campaign that Scott called “character assassination.”

On Tuesday, all other statewide Georgia Republican candidates avoided runoffs by winning more than 50 percent of the vote. Warnock just missed the threshold with 49.4 percent in a three-way race, with Walker at 48.5 percent and libertarian Chase Oliver at 2 percent.

Walker received almost 203,000 fewer votes than Kemp, who Trump tried to take out in a Republican primary this year by recruiting Perdue to run against him. The governor had refused to help Trump overturn the 2020 election results in the state. Kemp beat Perdue soundly in the primary.

Scott blamed Walker’s relatively poor showing on Republicans who didn’t vote, even though Tuesday’s election results indicate that enough Republicans went to the polls, and many voters split their ticket.

“This comes down to Donald Trump, again,” said former Georgia Lt. Gov. Geoff Duncan, a Republican and Trump critic. “Donald Trump coming to Georgia is not good for anybody who wants Republican control of the U.S. Senate.”

By comparison, Duncan said, Warnock has skillfully avoided being too closely tied to Biden, who is deeply unpopular in the state along with Trump.

“President Trump is 220-18 in races that have been called, and with the support of President Trump, Herschel Walker, after forcing a run-off, is well-positioned to win,” Budowich said in a written statement.

In the waning days of the general election, Trump didn’t hold any rallies in Georgia. Walker’s internal campaign polling showed the former president hurt the candidate “with the voters we need to win” — that is, independent, moderate Republican and women voters, according to campaign sources familiar with data who declined to discuss the information on the record.

One of those sources said Trump, who has a long friendship with Walker, had no problem staying out of the state because “he wants to see Herschel win.”

Some Trump confidants and advisers want him to delay his expected presidential campaign announcement so that it doesn’t overshadow or complicate the Georgia Senate race.

“Our whole focus as a party should be about winning the Senate, and the best way we do that is keep a laser focus on Georgia and President Biden,” one of these sources said.

“By making the political moment about his presidential campaign, it just causes issues: stories about whether Trump will campaign with Herschel, stuff about how Trump is toxic to a lot of Georgia voters,” the person said. “It’s a distraction.”

Trump, however, indicated to Fox News on Wednesday that he still plans to make his announcement next week.

“The emails I’m getting all morning is: Can we keep Trump from coming to Georgia to help Herschel?” he said. “If they can keep Trump off the radar, maybe they can get Walker across the finish line. If Trump shows up to help, that ruins it.”

Kemp, who has had a strained relationship with Walker, plans to rally with the Senate candidate, according to sources familiar with the discussions between the campaigns. But the exact nature of the governor’s help is unclear.

“Kemp just proved his strength statewide and he showed he knows how to turn out votes,” Gingrich said. “Whether Trump comes to North or South Georgia — not Atlanta — is for all of them to decide. The question is whether there’s a way to get Trump and Kemp to work together. The fate of the senate is hanging in the balance.”

Scott said he hasn’t yet given up hope on winning Arizona, saying “we still have a path.” But he’s leaving nothing to chance.

“We just can’t take our eye off the ball and make sure we prepare to win Georgia,” he said. “We have a plan. We’re working it. And we’re gonna win.”