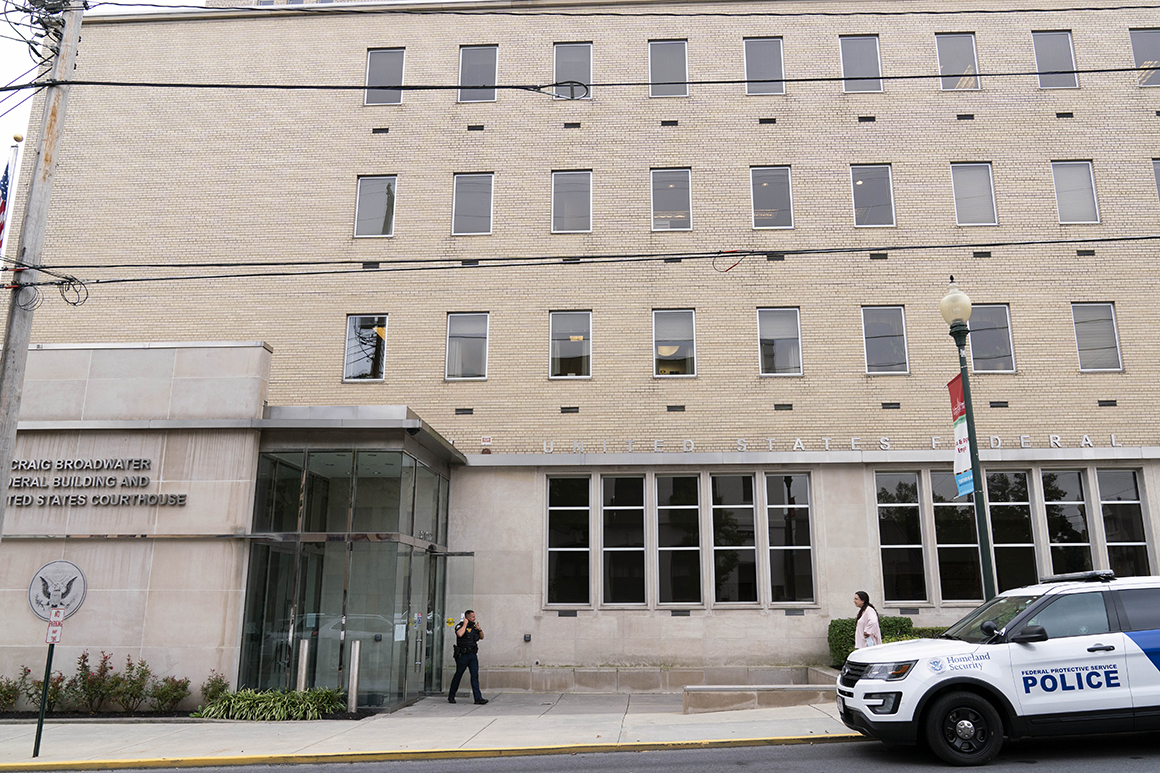 Groh said their tale “reads like a crime novel or a movie script” and that Jonathan Toebbe’s “actions and greedy self-serving intentions placed military service members at sea and every citizen of this country in a vulnerable position and at risk of harm from adversaries.”

Diana Toebbe, who admitted acting as a lookout for her husband, received an enhanced sentence after the judge disclosed during the couple’s combined five-hour sentencing hearing that Diana Toebbe tried to send her husband two letters from jail.

The letters, which were read in court, were intercepted before they could be delivered. In one of them, Diana Toebbe told her husband to flush the letter down a toilet after reading it. She encouraged him to lie about her involvement in the scheme and say she “didn’t know anything about any of this.”

The judge said she lacked genuine remorse and didn’t take responsibility for her actions.

“This is an exceptional story, right out of the movies,” Groh said.

Prior to sentencing, Jonathan Toebbe described his battles with stress in taking on additional duties and his own battle with alcohol. He said he experienced warning signs of a nervous breakdown over 18 months that he failed to recognize.

“I believed that my family was in dire threat, that democracy itself was under collapse,” he said. That belief overwhelmed him, he said, and led him to believe he had to take “precipitous action to try to save them from grave harm.”

Prosecutors said Toebbe abused his access to top-secret government information and repeatedly sold details about the design and performance of Virginia-class submarines to someone he believed was a representative of a foreign government but who was actually an undercover FBI agent.

Diana Toebbe, 46, who was teaching at a private school in Maryland at the time of the couple’s arrest last October, admitted she acted as a lookout at several prearranged “dead-drop” locations where memory cards containing the secret information were left behind.

The memory cards were devices concealed in objects such as a chewing gum wrapper and a peanut butter sandwich. The couple was arrested in October 2021 after Jonathan Toebbe placed a card in Jefferson County, West Virginia.

None of the information was classified as top secret or secret, falling into a third category considered confidential, according to previous testimony.