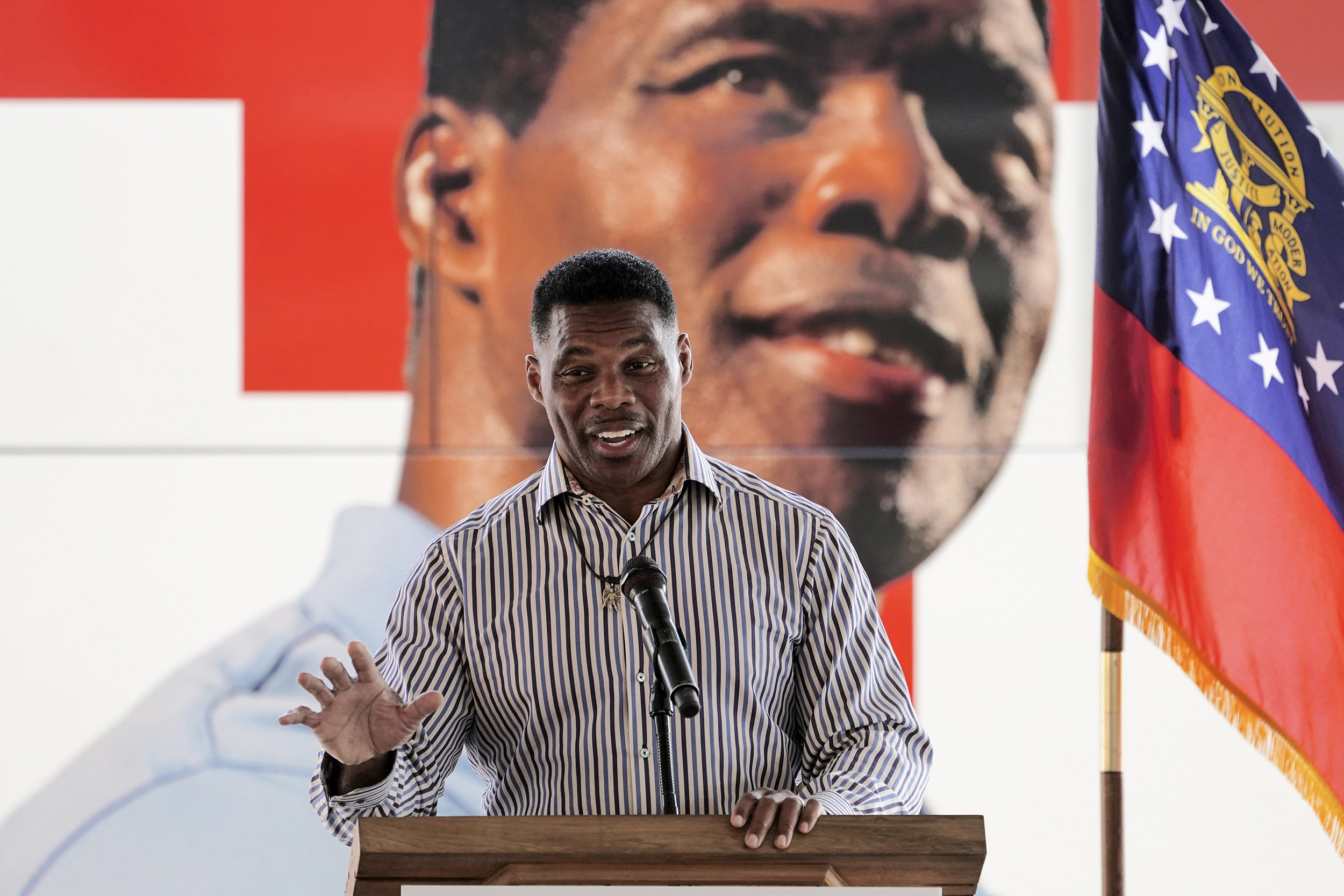 Georgia Senate candidate Herschel Walker denied a new allegation from a woman Wednesday that Walker, who is running on an anti-abortion Republican platform, drove her to a clinic to have an abortion while they were engaged in a romantic relationship decades ago.

“I’m done with this foolishness. I’ve already told people this is a lie, and I’m not going to entertain, continue to carry a lie along,” Walker, 60, said at a campaign stop. “And I also want to let you know that I didn’t kill JFK, either. And right now, they, Sen. [Raphael] Warnock, got crushed at that debate, and now the Democrats are doing so, whatever they can to win this, to win this seat.”

The woman, who came forward anonymously as “Jane Doe” with the lawyer Gloria Allred, alleged that she and Walker, then a football star, met in the 1980s and ultimately “fell in love.” She said she learned in April 1993 that she had become pregnant and knew the child was Walker’s because “I was not intimate with anyone else at the time.”

Allred showed evidence she said supports the claim that they had a relationship, in the form of an apparent voice message from Walker and a photograph of him clothed on a bed and greeting cards she says he signed, but she did not provide direct evidence that corroborated the abortion allegation.

“After discussing the pregnancy with Herschel several times, he encouraged me to have an abortion,” said the woman, speaking to reporters anonymously by Zoom at a news conference Wednesday hosted by Allred. She said that she went to a clinic in Dallas but “couldn’t go through with” the abortion, which made Walker “upset,” and that he encouraged her to go back.

“He then drove me to the clinic the following day and waited for hours in the parking lot until I came out,” the woman said. “I was devastated, because I felt that I had been pressured into having an abortion.”

NBC News has not independently verified the woman’s allegation.

“Anyone who believes I am coming forward because Herschel is running as a Republican candidate — that is simply not the case. I am a registered independent, and I voted for Donald Trump in both elections,” she said. “I do not believe that Herschel is morally fit to be a U.S. senator. And that is the reason why I am speaking up.”

A different woman has alleged that Walker urged her to have an abortion in 2009, while they were dating, and that he gave her a $700 check to pay for the procedure. Walker has admitted the check was his but has said he did not know what the money was used for. He has repeatedly denied paying for the abortion.

NBC News has not independently verified the abortion allegation.

Sen. Lindsey Graham, R-S.C., campaigning with Walker in Dillard on Wednesday, suggested a political motive was behind the latest allegation.

“I’ve seen this movie before, folks,” Graham said, likening it to the allegations surrounding the nomination of Supreme Court Justice Brett Kavanaugh in 2018. “Get a celebrity lawyer to come out and make a wild allegation right before it’s time to make a decision about who should be on the Supreme Court or who should be in the Senate.”

Rachel Petri, the deputy campaign manager for Warnock, Walker’s Democratic opponent, said the allegation is part of a “troubling pattern.”

Dan Gallo is an MSNBC field producer based in New York.