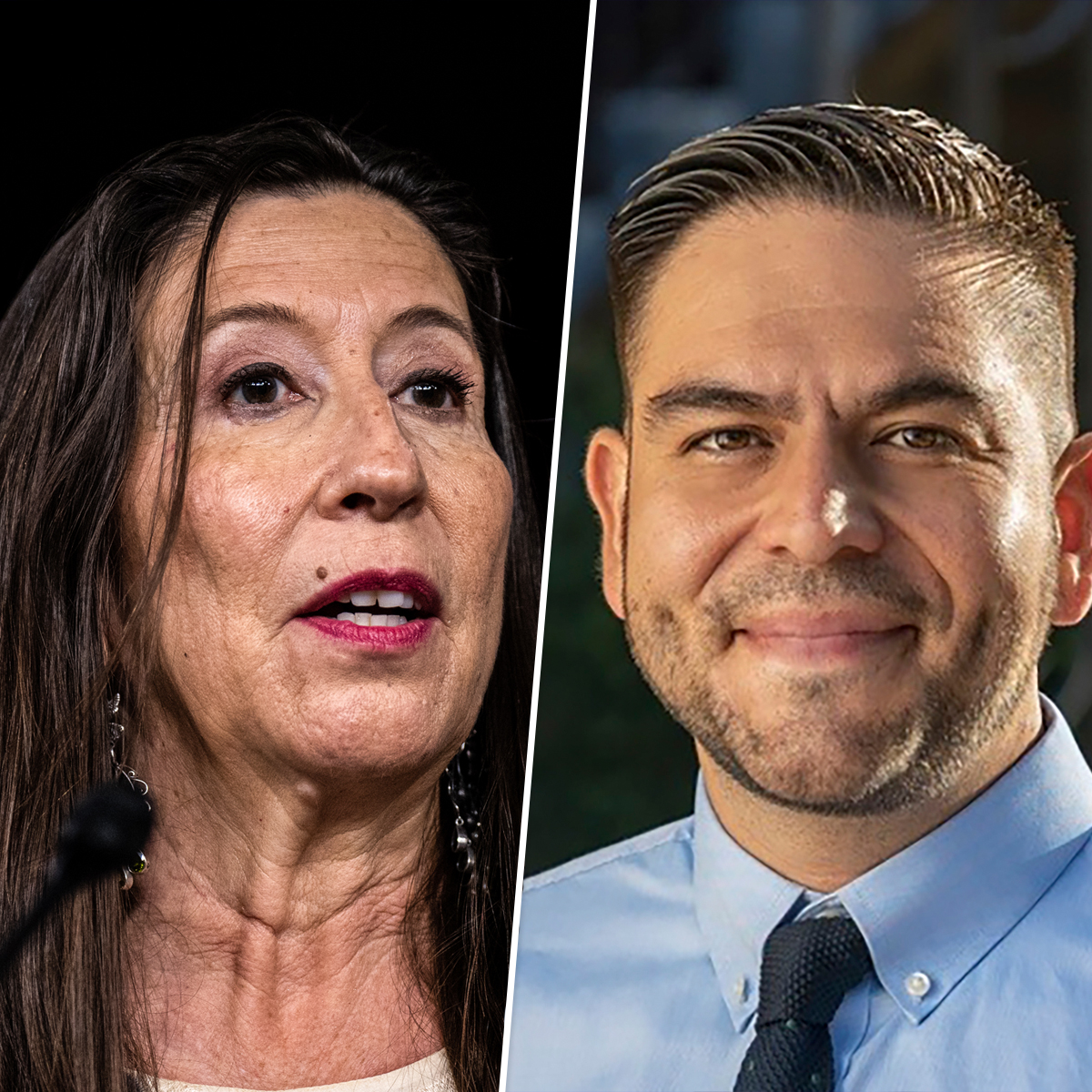 In New Mexico’s most competitive House races, the first Latina elected to the historically Democratic 3rd Congressional District defended her seat while a former Latino city councilman unseated the Republican incumbent in the 2nd Congressional District, effectively turning the state into a blue stronghold once again.

In a race that the Cook Political report had rated a “Republican toss-up,” Democrat Gabe Vasquez prevailed against Republican Yvette Herrell to represent the 2nd Congressional District in southern New Mexico.

“Not a lot of people thought we could win this race,” Vasquez told NBC News from Washington, where he was attending new member orientation and setting up his congressional office.

Among his priorities is focusing on economic development and bringing relief to working-class families in New Mexico by increasing the number of well-paying jobs and holding big corporations accountable, the former Las Cruces city councilman said.

He will be representing the district with the state’s largest Latino population. The 2nd Congressional District is 55% Hispanic. The district was represented by Democratic a Latina Democrat, Xochitl Torres Small, until 2020 when she lost her re-election to Herrell.

Latinos represent close to half of the registered voters in that district, according to Matt Barreto, president and co-founder of the national firm BSP Research, which mainly focuses on Democratic polling.

While ballots are still being counted in New Mexico, Barreto estimates that 67% of all Latino registered voters in the 2nd Congressional District (about 134,100 Latino voters) participated in the 2022 midterm election. About 85,000 voted for Vasquez, and 48,000 for Herrell.

“The Latino vote provided a 37,000 vote net advantage for Vasquez,” who won by about 1,300 votes, Barreto said, adding that “the Latino voting bloc was not just influential, but decisive” in his race.

Prior to Election Day, congressional districts in New Mexico were redrawn in a way that placed many Latino Democrats from Albuquerque in the southern district and made northern districts more competitive for Republicans, Gabriel Sanchez, a political scientist at the University of New Mexico, told NBC News.

“This is the first election we got to see how it played out,” Sanchez said.

Fernandez made history in 2020 when she became the first Latina elected to represent New Mexico’s 3rd Congressional District.

Fernandez told NBC News that in this election cycle, she was “the most vulnerable Democratic Latina in Congress.” During her campaign, she focused on communicating with voters in the new parts of her district.

“It was a very difficult race,” Fernandez said. “But, the new parts of my district are, in some way, similar to my existing district. There are some pockets of Latino workers who have not been well represented, who wanted a voice and who showed up and knocked on doors for me.”

According to Sanchez, while Fernandez’s race against Johnson was competitive, the 3rd Congressional District is one safest Democratic districts in the country.

Fernandez said her messaging focused on the commonalities that exist among Hispanics and Anglos, as well as ranchers and farmers in a rural district. “I think that that was key to my victory,” she said.

In a district where Latinos make up about 40% of the population, an estimated 102,000 Latinos voted in the midterm election, according to Barreto. About 66,000 votes went to Fernandez and 37,000 for Johnson, giving Fernandez a margin of more than 28,000 votes.

The numbers show that Latino voters were influential in this race, Barreto said.

Barreto emphasized that final voter turnout won’t be known until at least another week. But six days after the election, Latino voter turnout for both New Mexico’s 2nd and 3rd Congressional Districts appear to be matching the record-breaking levels achieved in 2018.

“It is a big, big deal to sustain that for two midterm elections in a row,” said Barreto.