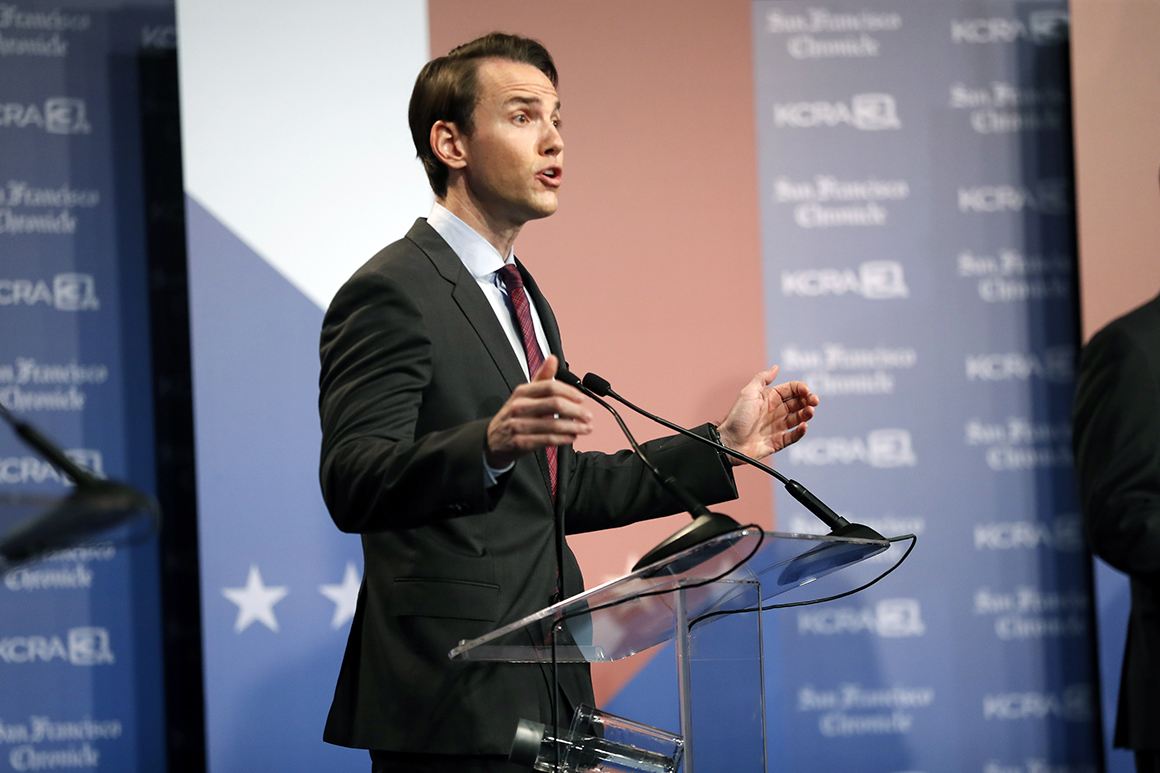 Adding the two California districts puts the floor for a new Republican majority at 219 seats. The ceiling — under the most optimistic of projections — would be somewhere between 222 and 223. That would give a new GOP speaker an 11-seat margin at best.

In the slow ballot-counting state of California, Garcia has amassed a more than 13,000 vote advantage over Democrat Christy Smith with roughly 70 percent of the vote in. This their third matchup in the district, which President Joe Biden carried by 13 points, and national Democrats declined to seriously invest.

To the north, Kiley holds a 10,000 vote lead over Democrat Kermit Jones with 57 percent of the vote counted. Former President Donald Trump carried this district narrowly. Likely wins in those districts will bring the GOP to 219, a two-seat majority.

Republicans also feel optimistic about GOP Rep. Lauren Boebert’s tiny lead in Western Colorado. Democrat Adam Frisch, who trails by 1,100 votes, attended new member orientation this week in Washington, D.C, according to the Pueblo Chieftain. More than 95 percent of the vote has been counted in the race with more updates expected later this week.

And GOP Rep. David Valadao has a 3,280 vote advantage over Democratic state Assemblymember Rudy Salas in another Central Valley district. Only 64 percent of the vote is counted, and issues with voting machines in Kern County could delay the reporting of the outcome of that race.

Democrats are currently at 208 seats, with at least three more near-certain wins coming from among the 10 uncalled races. Reps. Mary Peltola (D-Alaska) and Jared Golden (D-Maine) are expected to win when their states finish ranked choice voting tabulations. And in California, Democratic Rep. Jimmy Gomez is locked in a reelection battle with another Democrat, meaning the seat will not change parties no matter who wins.

That would bring Democrats to a floor of 211 seats. Operatives from both parties also believe Democratic Rep. Mike Levin will hang on to his southern California battleground. He is up by more than 12,000 votes with 89 percent of the vote counted.

Most of the soul-searching in the House has come from Republicans, whose likely narrow majority is a major disappointment for the party that was boasting about the potential for a massive red wave this year.

“The voters liked us on policy and they rejected Biden by and large but they weren’t ready to embrace us,” one GOP lawmaker, who requested anonymity to speak frankly about the party’s troubles, said in a recent interview with POLITICO. “So this should be a little bit of soul searching.”

But even though Democrats have performed well above their wildest dreams this midterms, there have been several cases of “what could have beens” for the party given how close they came to holding the House majority. Rep. Gregory Meeks (D-N.Y.) previously told POLITICO that he wanted a postmortem for Democrats’ comparatively weak performance in his home state.

And Rep. Ruben Gallego (D-Ariz.), the chair of the political arm of the Congressional Hispanic Caucus, said that he pushed outside groups to invest in a race in Arizona’s 6th District, an open seat that Democrats only narrowly ended up losing. “DCCC and HMP polling sucked,” he tweeted Tuesday, referencing the party committee and super PAC, respectively. “Candidates and incumbents all said the same thing. The polling was too conservative. It did not reflect what was happening on the ground.”

But overall, top Democratic operatives involved in the battle for the House have defended the work they did, touting just how close Democrats came to a majority in a cycle that most did not predict they would be within striking range.

“It still sucks to lose so many great members of Congress, and it still sucks to lose some of these really close elections. It is a very bittersweet feeling of knowing we did much better than people thought we would, but also not — ultimately — what we wanted to do,” DCCC Executive Director Tim Persico said on an episode of the Pro Politics podcast that was released on Tuesday. “But ultimately, things held up.”