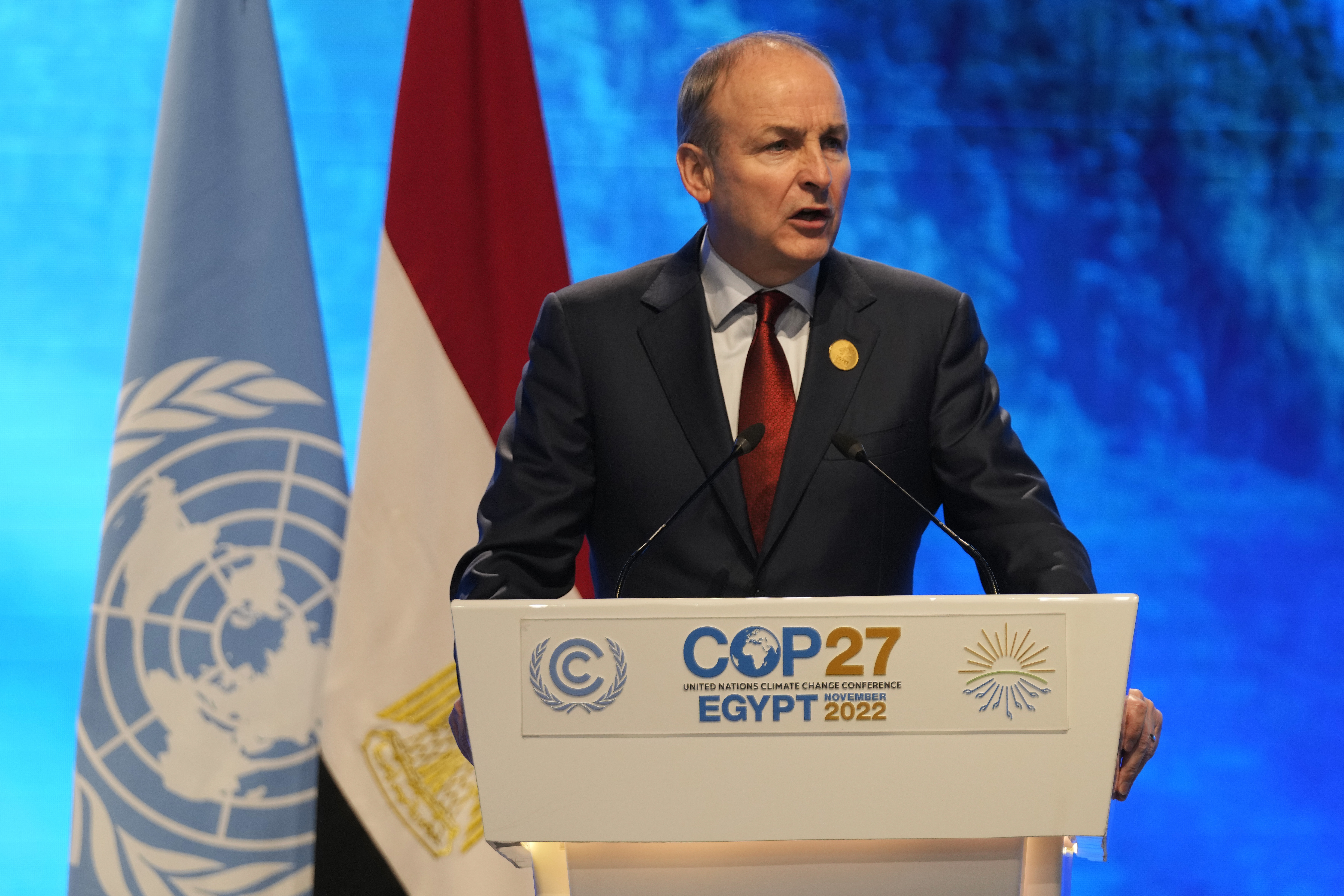 DUBLIN — The Kremlin has banned most, if not all, of Ireland’s leaders from visiting Russia — a punishment being met with official indifference and unofficial mockery in Dublin.

The Foreign Ministry in Moscow defended Wednesday’s action as necessary to counteract what it called Ireland’s “aggressive anti-Russian propaganda campaign” and “Russophobic hysteria in Irish society.”

None of their six offices offered any official reaction, although aides to Martin and Varadkar — who is due to succeed Martin as prime minister on December 17 under terms of their coalition government — said neither had plans to visit Russia in any event.

Complicating matters, Ireland’s Department of Foreign Affairs confirmed to POLITICO that Russia had provided no list identifying the 52 people. Its officials were seeking “immediate clarification” from Russian embassy officials on Dublin’s Orwell Road, a spokesman said.

In parliament, lawmaker Neale Richmond asked Martin whether the time had come to expel Russia’s ambassador and shut its suspiciously large embassy, widely seen here as a Russian base in the EU for spying, surveillance and social media influence operations.

Richmond said Ireland should “cut off this constant channel of disinformation and aggression from these so-called diplomats.”

In reply, Martin smiled and laughed as he observed: “I don’t think I’ve ever been sanctioned before.” He called the anti-Irish statement “part of a broader propaganda war being waged by Russia.”

But he said diplomatic channels must be kept open with Moscow, “no matter how unpalatable it can be at certain times. Cool heads are always required in situations like this.”

Outside the chamber, politicians traded jokes over lunch in the nearby parliamentary canteen. One claimed to be seeking a travel agent’s refund for a prebooked bear-wrestling holiday in Siberia. Others pointed to the shame of failing to make the Kremlin’s list of important politicians.

Interparty ribbing focused on the fact that Moscow’s missive dwelled on ministers from Varadkar’s Fine Gael party at the apparent expense of Martin’s Fianna Fáil.

While both parties are co-equals in the coalition formed in mid-2020, Fine Gael has been widely seen to command more public attention, in part because of Varadkar’s penchant for headline-grabbing and Fine Gael’s lopsided hold of the finance, justice and foreign affairs portfolios.

The only other Fianna Fáiler name-checked by Moscow was Ó Fearghaíl, the neutral arbiter of Dáil Éireann, the lower house of parliament.

Richmond, who is Fine Gael’s spokesman on European affairs, said he didn’t know if he was on the Kremlin’s naughty list but told POLITICO he considered its move “a petulant act of a desperate regime.”

Ireland observes military neutrality and is not a NATO member, but it is hosting more than 60,000 Ukrainian refugees and provides non-lethal aid to Ukraine.