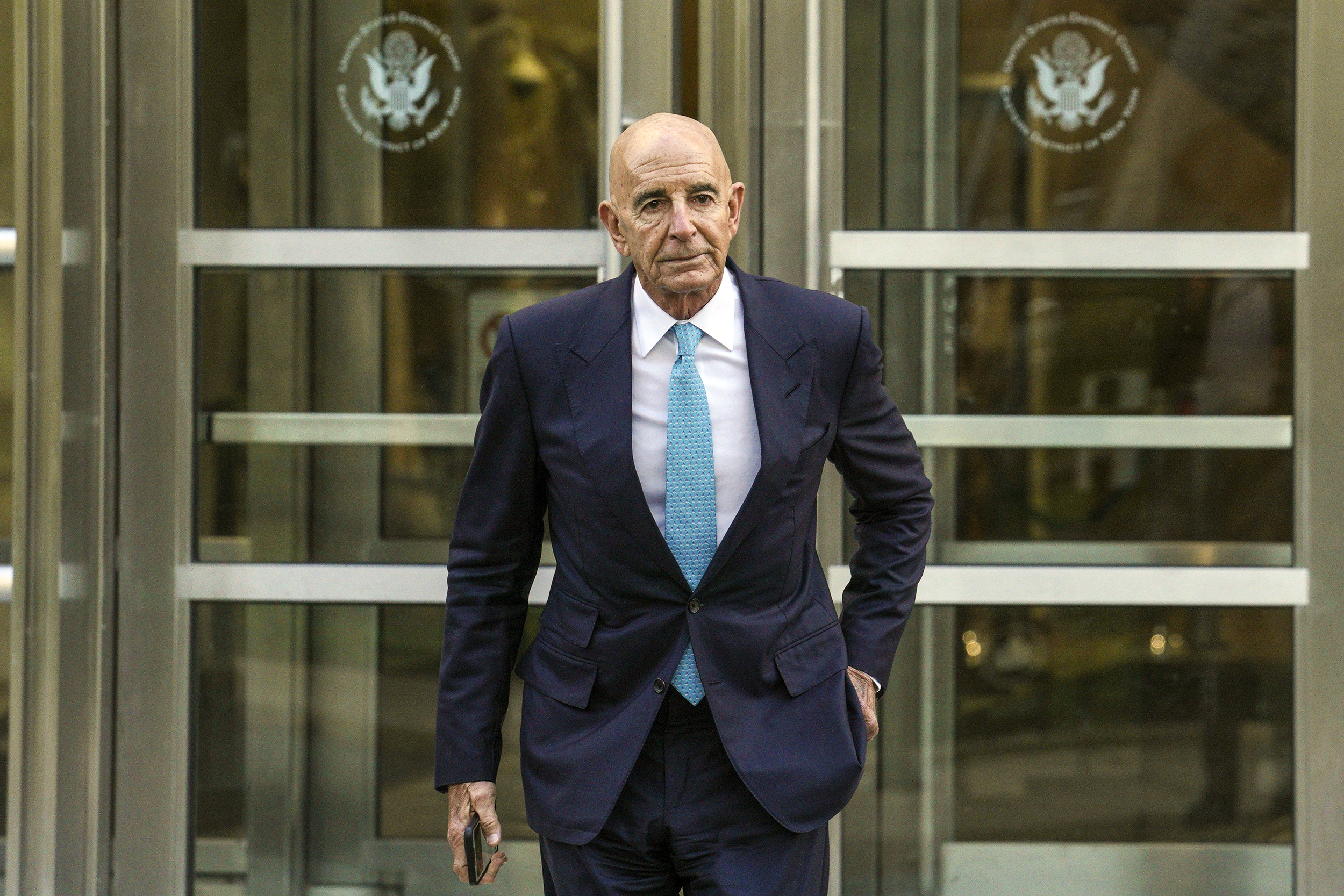 Former President Donald Trump’s longtime friend and former fundraiser, Tom Barrack, was found not guilty Friday of charges that he acted as an unregistered foreign agent for the United Arab Emirates during the Trump administration and then lied to the FBI about those contacts.

The jury deliberated for about two days in federal court in Brooklyn, New York, before voting to acquit Barrack, who prosecutors alleged had traded on his decades-long friendship with Trump to “illegally provide” UAE officials with access to — and inside information on —the Trump White House and his 2016 presidential campaign.

Barrack, who served as the chairman of Trump’s inaugural committee, was charged with acting as an agent of a foreign government without prior notification to the Justice Department, a violation that carries up to 10 years in prison. In addition, he was charged with obstruction of justice and lying to the FBI about his UAE contacts during a 2019 interview with federal agents.

Barrack, a California billionaire, had denied doing the bidding of the UAE, and maintained that he had arranged meetings between Emirati and White House officials and made media comments praising the UAE government because he wanted to, not because he was being directed to.

“God bless America,” he said. “The system is amazing.”

While Grimes was not the main focus of prosecutors’ case, “he was charged with serious felonies here that would have changed his life” had he been convicted, said his attorney, Abbe Lowell.

Barrack lawyer Randall Jackson said during his closing argument Tuesday that there was “nothing nefarious” about Barrack’s dealings with Emirati leadership, noting the private equity firm head had dealt with top foreign officials in over 100 countries over the years.

“It is perfectly normal in business for a company to both try to cater to your business interests as well as your political interests,” Jackson said.

Prosecutors largely built their case around texts and email messages Barrack and Grimes exchanged with an Emirati businessman named Rashid Al Malik, whom they described as their go-between for the pair’s dealings with Emirati officials.

The messages showed UAE officials giving feedback to Barrack about what he should say in TV interviews and input about what Trump should say about energy policy in a 2016 campaign speech. One official also pressed Barrack for details about Trump’s possible pick for various high-level jobs, including CIA director and positions at the State and Defense departments.

Barrack denied sharing that information while testifying in his own defense, and also denied having lied to the FBI.

The jury appeared to have made up its mind on the foreign agent charges early on — all of its notes to the judge since beginning deliberations on Wednesday focused on testimony about the FBI allegations.

The verdict came at the end of a six-week trial that included testimony from former Secretary of State Rex Tillerson and former Treasury Secretary Steve Mnuchin. Barrack testified for five days.