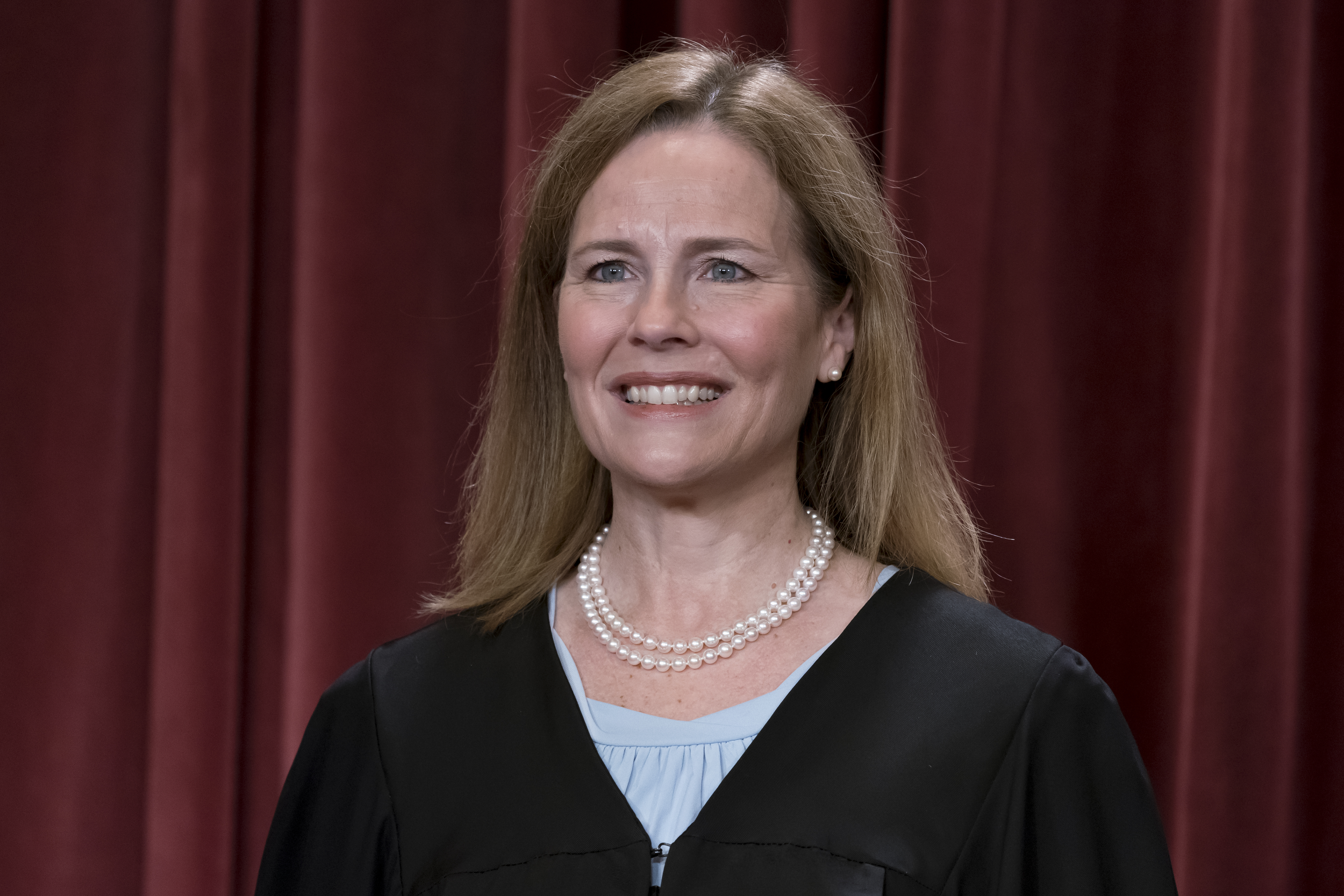 The latest decision has no immediate effect because the Biden administration is already prohibited by the 8th Circuit Court of Appeals from discharging student loans under its debt relief program. The appeals court temporarily halted the debt relief on Oct. 21 while it weighs an emergency request by six GOP states to block the policy.

That case, which is being led by Nebraska Attorney General Doug Peterson and Missouri Attorney General Eric Schmitt, is likely the next to head to the Supreme Court. The states have already said in court filings they intend to ask the high court to intervene if they lose their request for an injunction against the debt relief program.

Biden has vowed to continuing fighting in court to defend his debt relief program, which offers up to $20,000 of loan forgiveness to individuals earning under $125,000 and families earning under $250,000.

The White House this week has pushed the message that Republican officials are standing in the way of debt relief for millions of Americans.

Biden announced on Thursday that his administration would approve the applications of some 16 million Americans by the end of the week — but that the relief is on hold because of the GOP-led lawsuit.

“Republican members of the Congress and Republican governors are doing everything they can, including taking us to court, to deny the relief and even to their own constituents,” Biden said Friday during remarks at a community college in Albuquerque, New Mexico. He decried GOP opposition to the plan as “simply wrong” and “hypocritical” because some Republican lawmakers benefited from a pandemic loan forgiveness program for small businesses.

The Biden administration has continued accepting and processing debt relief applications even while it’s barred from discharging the loans.

The Education Department has already sent millions of approved applications to its contracted student loan servicers as of Friday, according to people familiar with the matter. The agency has directed the companies to hold off on actually applying the relief to borrowers’ accounts because of the court order.

Nearly 26 million borrowers, in total, have now provided “the required information to be considered for debt relief,” the White House said. The Education Department estimates that roughly 40 million Americans are eligible for the relief if they apply for it.

The legal challenge rejected by Barrett on Friday was brought by the Pacific Legal Foundation, a libertarian group, which argued that Biden’s debt relief was an illegal abuse of authority. The lawsuit had argued that debt relief will leave two borrowers in a worse financial position because Indiana plans to tax loan forgiveness.

After the lawsuit was originally filed, the Biden administration announced that borrowers in line for automatic debt cancellation would be allowed to opt-out of the student debt relief program if they don’t want the relief.

But lower courts ruled that the Indiana borrowers did not have any injury because the Biden administration won’t actually be canceling their loans.

“None of their debt will be cancelled, and they will not be subject to a tax on a reduction of indebtedness,” a three-judge panel of the 7th Circuit Court of Appeals wrote in a unanimous decision last week. “It follows that the program does not injure them and that they lack standing to sue.”

Caleb Kruckenberg, an attorney at Pacific Legal Foundation, said after Barrett’s decision that the group would “continue to fight this program in court.”

“Practically since this program was announced, the administration has sought to avoid judicial scrutiny. Thus far they have succeeded,” he said in a statement. “But that does not change the fact that this program is illegal from stem to stern.”

Most borrowers must fill out an application to obtain relief. But the pair of Indiana borrowers are among several million borrowers for whom the Education Department is able to automatically provide debt relief because it already has their income information.

The agency has already sent out notices to those borrowers with instructions on how they can turn down any loan forgiveness, if they want to, by a Nov. 14 deadline.

James Kvaal, a top department official, said in a court filing that only 102 borrowers had availed themselves of the opt-out option, as of Oct. 17. It’s not clear how much higher the number is now.