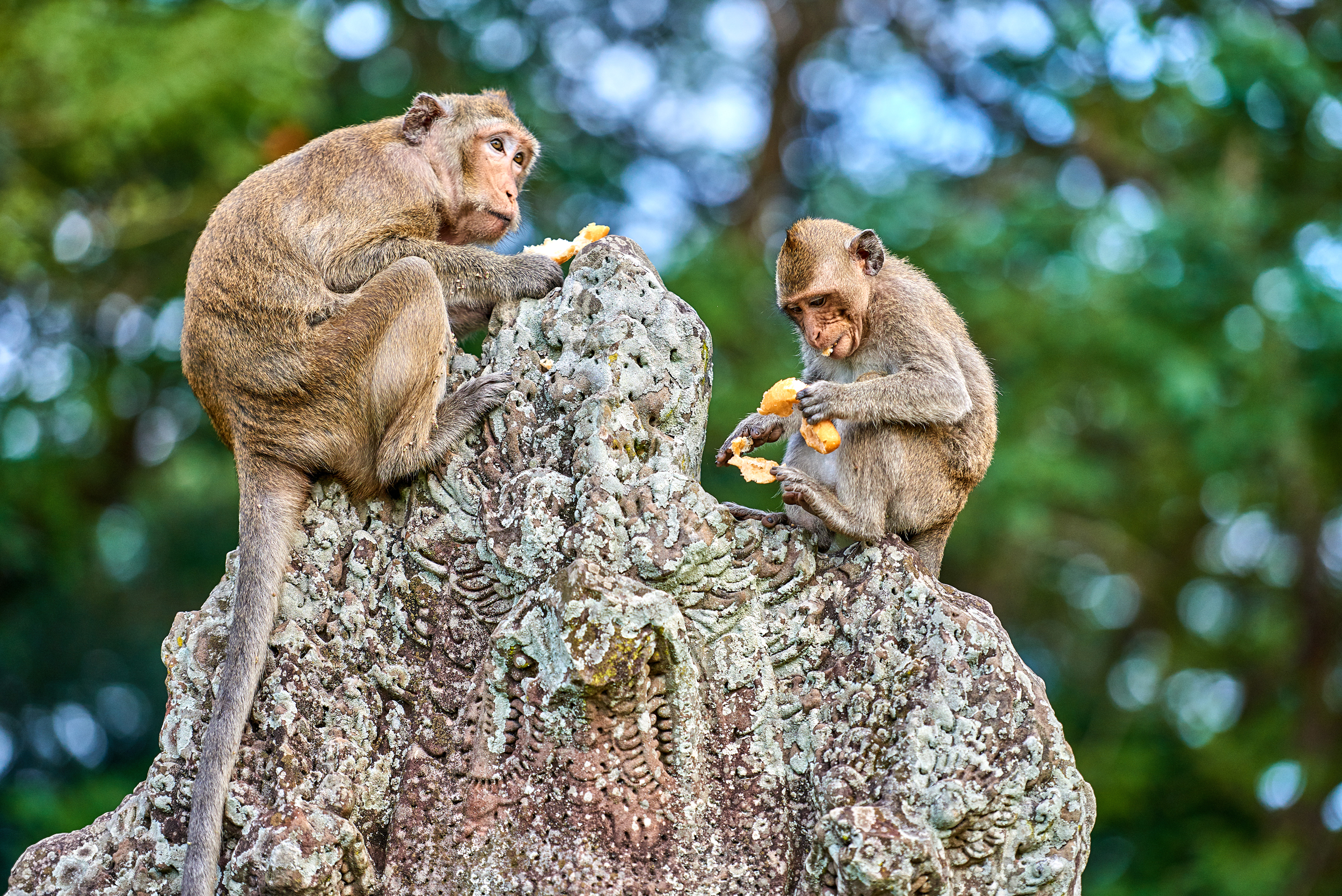 Two Cambodian wildlife officials were among eight people charged Wednesday with running an international monkey smuggling ring that shipped primates to the U.S. that were poached from the wild and falsely labeled as coming from breeding facilities, federal prosecutors said.

The scheme centered around long-tailed macaques, an endangered species used in medical testing that requires special permits to be exported to the U.S. Last year, the U.S. imported nearly 32,000 monkeys for use in biomedical and pharmaceutical research, according to the Centers for Disease Control and Prevention.

Two top executives at the Hong Kong-based Vanny Resources Holdings primate supply company worked with black market dealers and corrupt officials in Cambodia to obtain wild-caught macaques and “launder them” through Cambodian breeding facilities to conceal that they were taken from national parks and protected areas, according to the indictment.

Cambodian wildlife officials were paid to help transport the monkeys to the facilities, including the Vanny Bio Research center in Cambodia, the indictment says.

One of the Cambodian wildlife officials, Masphal Kry, 46, was arrested Wednesday at John F. Kennedy Airport in New York City.

According to federal prosecutors in Miami, he personally transported the monkeys to the Cambodian facilities and received payments from the other members of the alleged smuggling ring between December 2017 and this September.

“The macaque is already recognized as an endangered species by the International Union for the Conservation of Nature,” Juan Antonio Gonzalez, U.S. attorney for the Southern District of Florida, said. “The practice of illegally taking them from their habitat to end up in a lab is something we need to stop. Greed should never come before responsible conservation.”

It was not immediately clear if Kry had a lawyer. The other defendants were not in custody and could not be reached.

They include Omaliss Keo, 58, the director general of the Cambodian Forestry Administration, Ministry of Agriculture, Forestry and Fisheries.

The Cambodian Forestry Administration did not immediately respond to a request for comment, and neither did the Cambodian Embassy in Washington.

Vanny did not immediately respond to a request for comment.

“Wild populations of long-tailed macaques, as well as the health and well-being of the American public, are put at risk when these animals are removed from their natural habitat and illegally sold in the United States and elsewhere,” said Edward Grace, a U.S. Fish and Wildlife Service assistant director in the office of law enforcement. “The Service spearheaded this complex, multi-year investigation that exposes the large-scale illegal laundering of wild long-tailed macaques for use in biomedical and pharmaceutical research.”

“The allegations are alarming — the plundering of wild populations of long-tailed macaques and falsely labeling them as captive-bred in order to bypass regulations,” Kite said. “The plight of the long-tailed macaque — the most heavily traded primate species, and the most widely used in research and toxicity (poisoning) testing — has never been more desperate.”

Rich Schapiro is a reporter for the NBC News Investigative Unit.

Anna Schecter is a senior producer in the NBC News Investigations Unit.