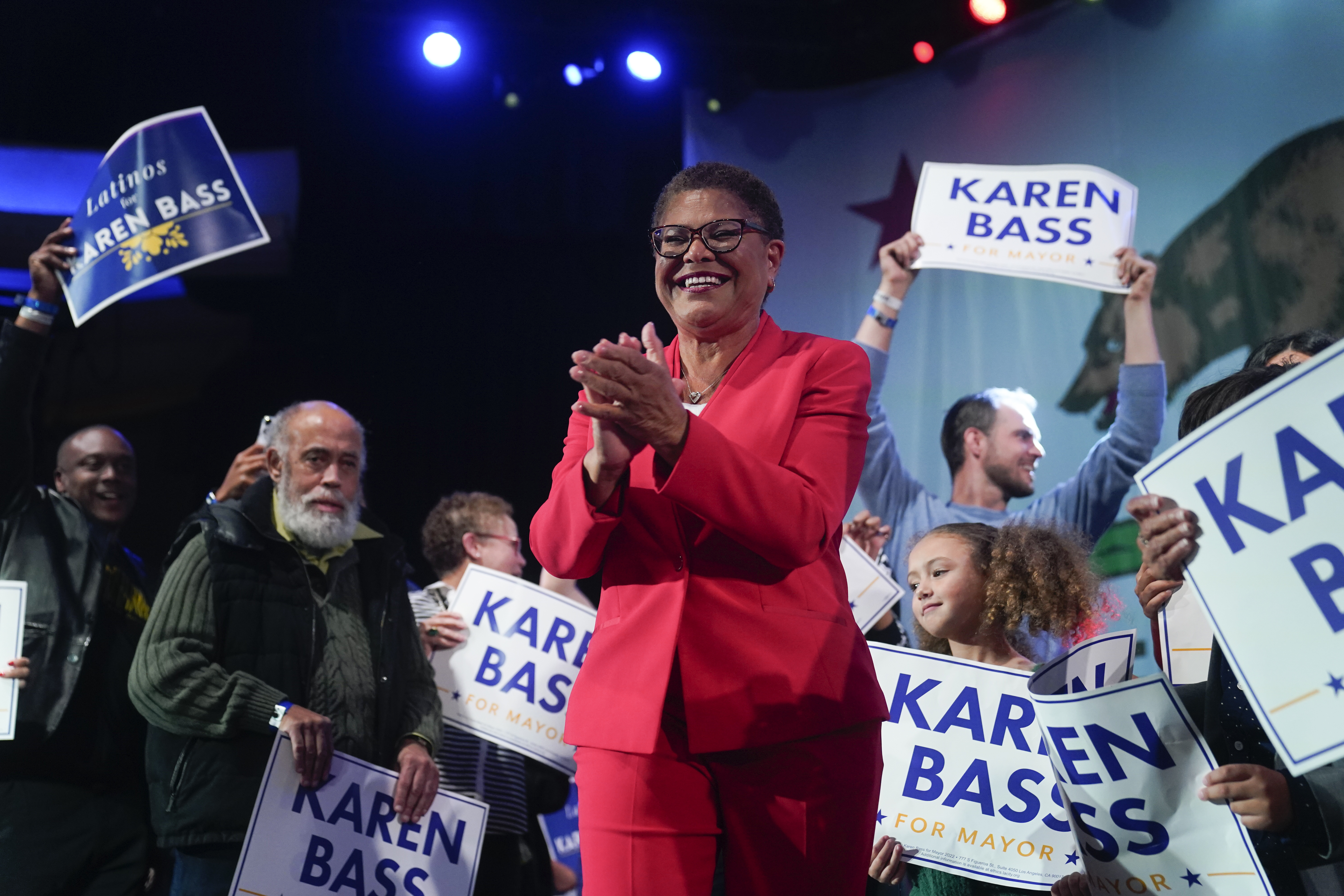 Rep. Karen Bass is now more than four points ahead of billionaire Rick Caruso in the race for Los Angeles mayor, her widest lead yet as ballots continue to be counted in a contest that was the city’s most expensive ever.

Bass is now about 30,000 votes ahead of Caruso, according to the latest vote drop from LA County released Monday evening, which extended the congressmember’s previous lead by more than 20,000 votes.

Election officials say the updated figures represent an additional 191,312 ballots counted countywide, for a cumulative total of 1,799,951 ballots counted. An estimated 655,300 ballots remain to be counted. The race has yet to be called, and the next update from elections officials is expected to come Tuesday.