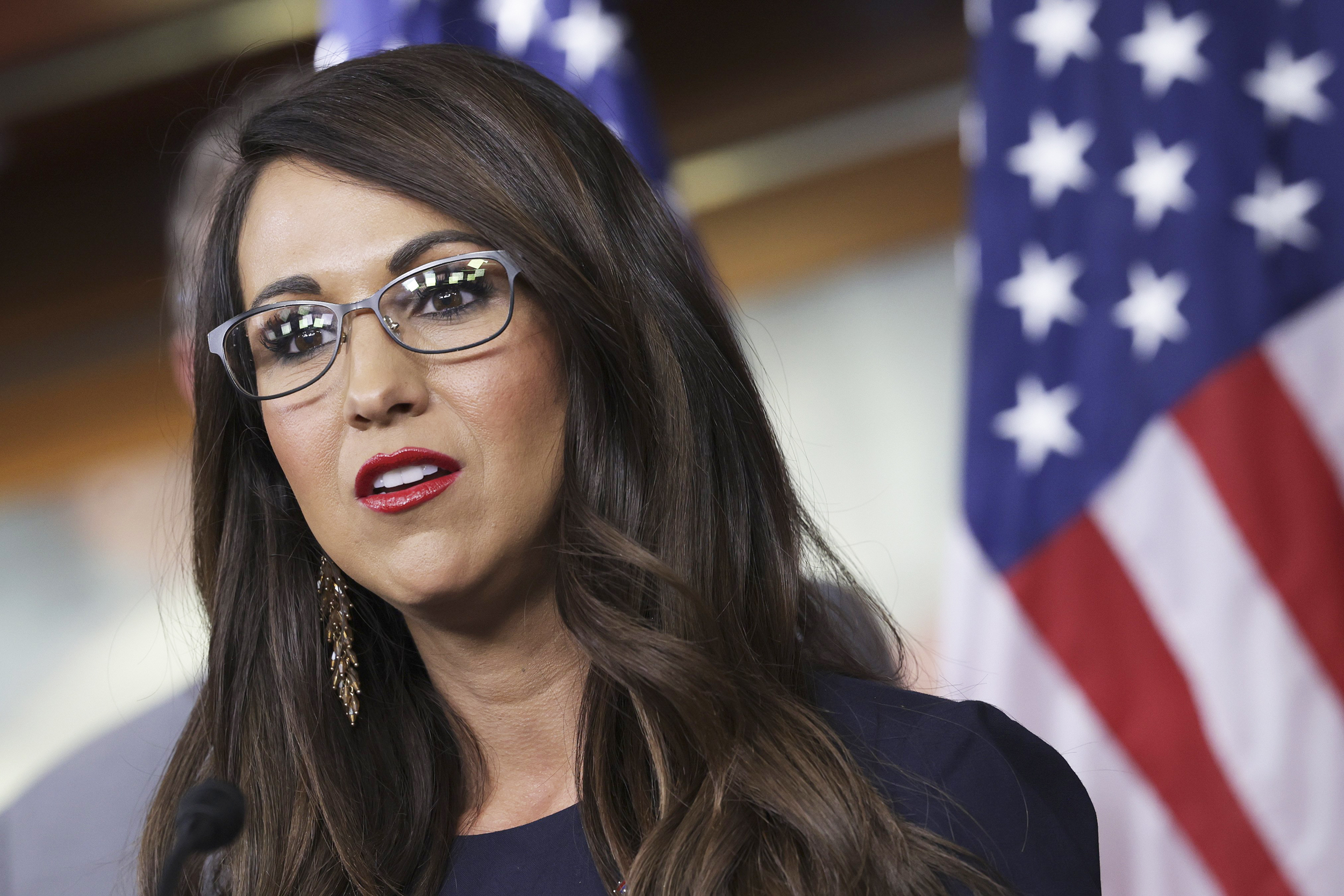 The unexpectedly tight race between Rep. Lauren Boebert, the far-right Colorado congresswoman, and Democrat Adam Frisch appears likely to be headed to a recount as officials near the end of the first step of finalizing the vote count.

Frisch, a former Aspen City Council member who’s a virtual unknown outside Colorado, has come within striking distance of the right-wing star despite her having former President Donald Trump’s backing in the Republican-leaning 3rd Congressional District, which covers much of the western half of Colorado and is largely rural.

The results have see-sawed back and forth since the polls closed last Tuesday, with Frisch leading by around 100 votes at one point. By Friday morning, Boebert was ahead by just 550 votes — or a margin of by 50.1% to 49.9%. — with nearly all the votes counted. Under Colorado law, a recount is required if the difference between the top two vote-getters is less than or equal to 0.5% of the higher vote total cast in that election contest.

Counties have until Friday to perform their final uploads of tabulated ballots, the Colorado secretary of state’s office said, after which they will conduct an audit to confirm results. County canvass boards have until Nov. 30 to submit official votes cast.

The close contest has surprised many election observers; Boebert handily defeated a more moderate primary opponent in June and the Cook Political Report had rated the seat as solidly Republican ahead of Tuesday’s vote. Trump won the district twice, capturing 53.1% of the vote in 2016 and 52.9% four years later.

Boebert, who has served just one term in Congress, made a name for herself with incendiary remarks and is among the most far-right members of the House GOP caucus. In 2021, a video emerged in which Boebert suggested that fellow Rep. Ilhan Omar, D-Minn., was mistaken for a terrorist in an elevator both were riding in the U.S. Capitol; Boebert later apologized. She was also one of several Republican lawmakers who spread an urban myth about litter boxes in schools.

Boebert also drew harsh criticism from Democrats after she and Rep. Marjorie Taylor Greene, R-Ga., heckled President Joe Biden at various points of his State of the Union address earlier this year. And Boebert supported Trump’s false claims that he won the 2020 election. (Greene handily won re-election in her Georgia district on Nov. 8.)

While this endeared Boebert to Trump, back home, the editorial board of The Denver Post literally begged voters to back Frisch. “We beg voters in western and southern Colorado not to give Rep. Lauren Boebert their vote,” the board wrote.

Frisch, who is Jewish, challenged a member of Congress who espoused Christian nationalist rhetoric and who argued earlier this year that “the church is supposed to direct the government.”

Although he is not well-known nationally, Frisch had raised a substantial amount of campaign cash as Democrats hoped to remove one of the most notorious MAGA Republicans in the House.

Colorado officials had announced in June that they were investigating Boebert over mileage reimbursement from her campaign account.

Boebert was the 33-year-old owner of a gun-themed restaurant called Shooters Grill when she defeated five-term incumbent Scott Tipton in the 2020 GOP primary (the restaurant has since closed.) In the general election that year, she defeated Democrat Diane Mitsch Bush with 51.4% of the vote.

She sounded an upbeat note on her re-election chances on social media last week, after she retook the lead in the vote count, tweeting simply, “Winning!”

Rebecca Shabad is a politics reporter for NBC News based in Washington.