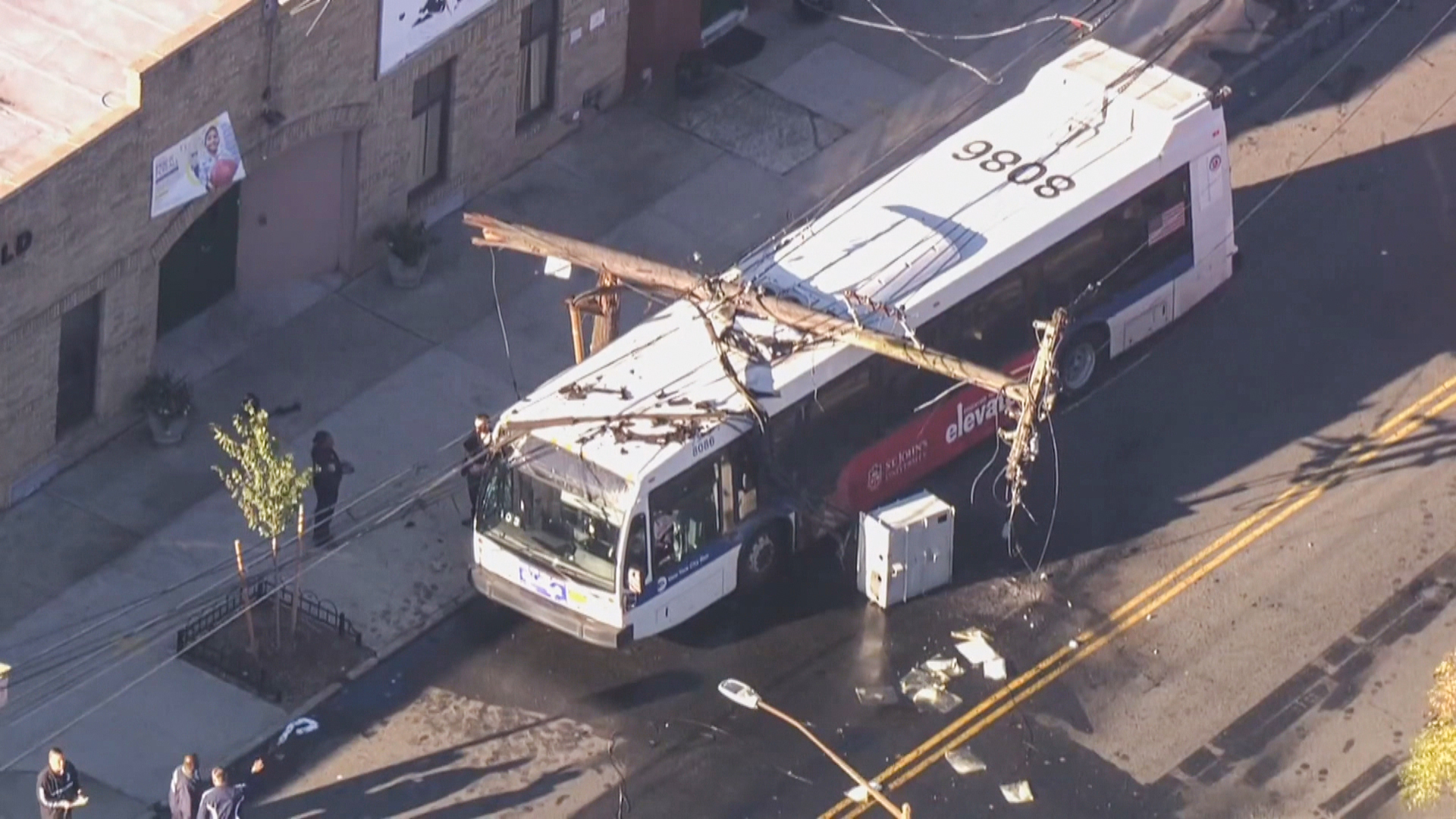 A man hijacked a New York City bus with a fake gun Thursday morning and crashed it into a utility pole outside an elementary school, a little over a block after the bus driver escaped by jumping out the window, police said.

The 44-year-old suspect, who police did not publicly identify, flashed what police said was likely a BB gun at the bus driver of an eastbound Q4 bus at Linden Boulevard and 197th Street, in Queens, from outside the bus before getting on board shortly after 7:20 a.m., police said.

When the suspect got on the bus, he put the fake gun in his waistband and demanded the driver keep going, alleging that he was being chased, police said. At that point, the driver opened all the bus doors, allowing the 20 – 25 passengers on board to escape — a decision that officials later praised him for.

About 15 minutes later, roughly a mile and a half from where the suspect hijacked the bus, the driver escaped by jumping out the driver’s side window, at Linden Boulevard and 232nd Street, police said.

The suspect briefly took the wheel of the bus before crashing it into a utility pole about a block and a half later, on Linden Boulevard between 233rd and 234th streets, just outside of an elementary school.

Video of the scene shows the utility pole lying horizontal across the bus roof.

The suspect tried to flee the scene, but police arrested him across the street from the crash, police said.

The school was in session at the time of the crash, and students were sent home, according to officials.

The area was expected to suffer power outages into the early afternoon as a result of the crash.

Both the bus driver and the suspect received treatment for minor injuries at local hospitals, officials said.

Charges against the suspect are pending, and the investigation remains ongoing.