McCarthy's next step on the GOP tightrope: Navigating concessions to conservatives > Dogecointool Skip to content 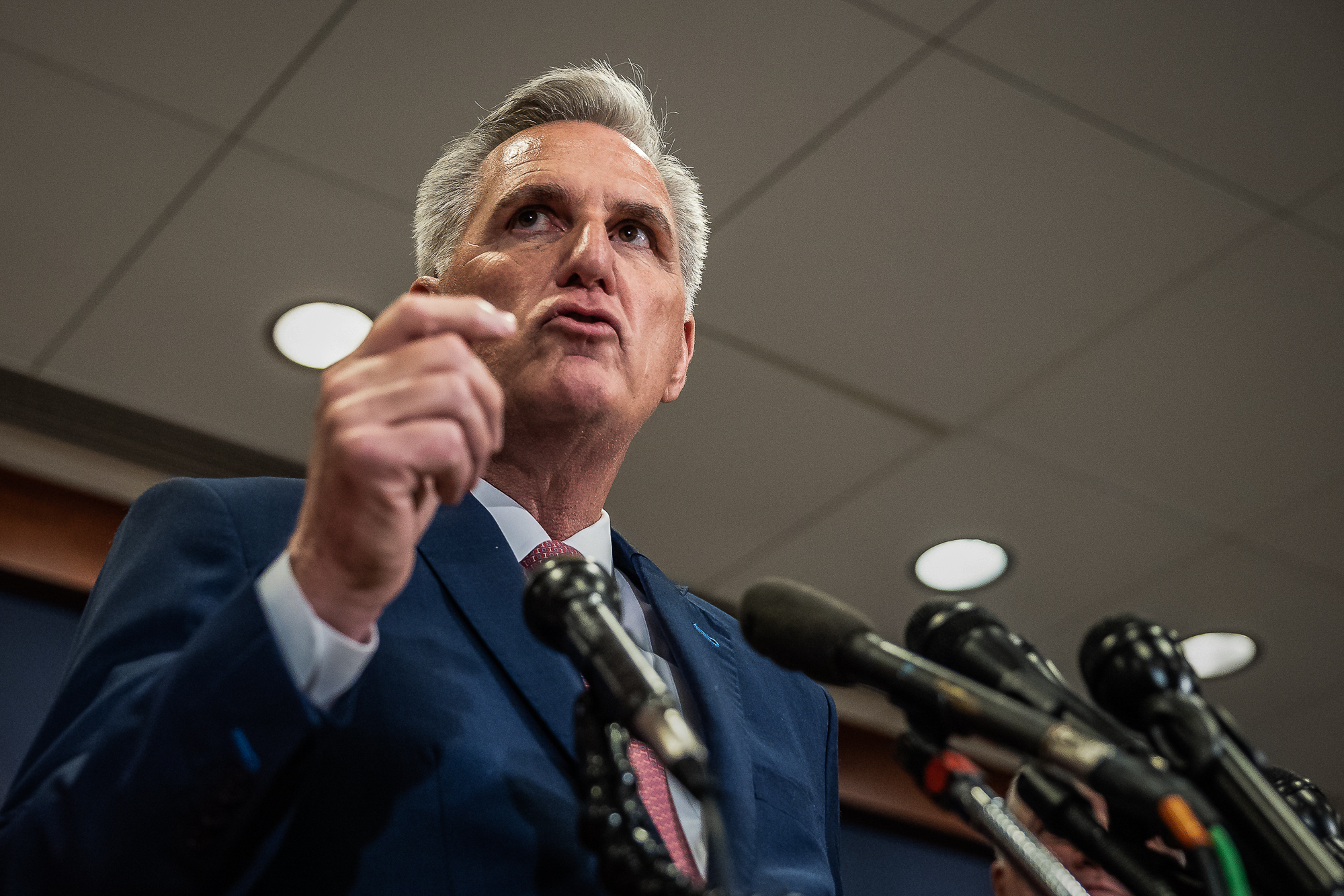 More than 50 members of the Republican Main Street Partnership met on Wednesday morning to discuss their legislative priorities and how they plan to flex their muscle as the second-largest GOP group on Capitol Hill, a Republican familiar with the sitdown told POLITICO.

Meanwhile, some GOP lawmakers who backed McCarthy on Tuesday might end up siding with Freedom Caucus members on the rules concessions they’re seeking. Among those requests: tools to undermine the GOP leader, including a restoration of the speaker-deposing move known as a “motion to vacate the chair”; and diluting the influence of McCarthy and his allies in doling out committee assignments. (The more influence McCarthy loses there, the fewer carrots he has to offer to his skeptics.)

On top of that, some Republicans will be walking into Wednesday’s debate with a hangover from Tuesday. Four lawmakers, speaking on condition of anonymity, aired frustration after the leadership elections about what they described as a chaotic and poorly explained process of tallying votes.

Those private complaints about GOP Conference Chair Elise Stefanik’s (N.Y.) management of the voting were exacerbated by the fact that inside the room, she read out votes for McCarthy and Biggs but did not mention that six members chose neither candidate. According to conference staff, however, internal rules state that only formally nominated leadership candidates — in this case, McCarthy and Biggs — have their tallies publicly announced.

Separately adding to the disarray, at least one GOP lawmaker mixed up planned votes for the first and second ballots in the highly competitive whip race, according to a senior Republican who was in the room. The lawmaker in question intended to choose Rep. Drew Ferguson (R-Ga.) for the first ballot, but instead put Rep. Tom Emmer (R-Minn.).

That one vote, had it been cast as intended, could have led to a different outcome in the whip battle — since Ferguson ended the first ballot one vote behind Emmer, eliminating him from the contest before the current National Republican Congressional Committee chair prevailed on the second ballot against Rep. Jim Banks (R-Ind.).

Now Republicans hope to move beyond the drama — though it’s more likely they just start the second act — as McCarthy starts to try to lock down votes.

He can’t lose more than a handful of members. Though the House hasn’t formally been called yet, Republicans are expected to have a single-digit majority. And McCarthy has already lost two: Shortly before Wednesday’s conference meeting, Rep. Matt Rosendale (R-Mont.) appeared to put himself firmly in the “no” column.

“[McCarthy] wants to maintain the status quo, which consolidates power into his hands and a small group of individuals he personally selects. We need a leader who can stand up to a Democrat-controlled Senate and President Biden, and unfortunately, that isn’t Kevin McCarthy,” Rosendale said.

Other McCarthy opponents also appeared unbowed, calling for challengers to the California Republican to step forward.

Biggs signaled that he won’t challenge McCarthy again — wondering “how many times can you have a target on your back” — but said that House Republicans “still have a lot of things to discuss internally,” including the speakership.

Rep. Bob Good (R-Va.), who opposed McCarthy, said the current leader’s failure to reach 218 internal votes “opens up the opportunity for anyone interested to let us know what their vision is to fight for the things that matter most to the American people.”

McCarthy will need to be ready to squash several conservative amendments on Wednesday afternoon, or be prepared to defeat them later if voting is delayed. Those proposed amendments include letting members elect their own committee chairs, opening up conference meetings and requiring that any bill brought to the floor be supported by a majority of the conference.

Largely noncontroversial amendments will take up the bulk of Wednesday’s discussion. A plan to vote on the proposed changes Wednesday evening was delayed until after Congress’ one-week Thanksgiving break, which gives McCarthy more time to try to negotiate and work various factions within his conference.

“I’m looking to open up this body,” Biggs said when asked what it would take for him to back McCarthy in January. “But, I mean, I’m also looking for trust.”

Nancy Vu contributed to this report.