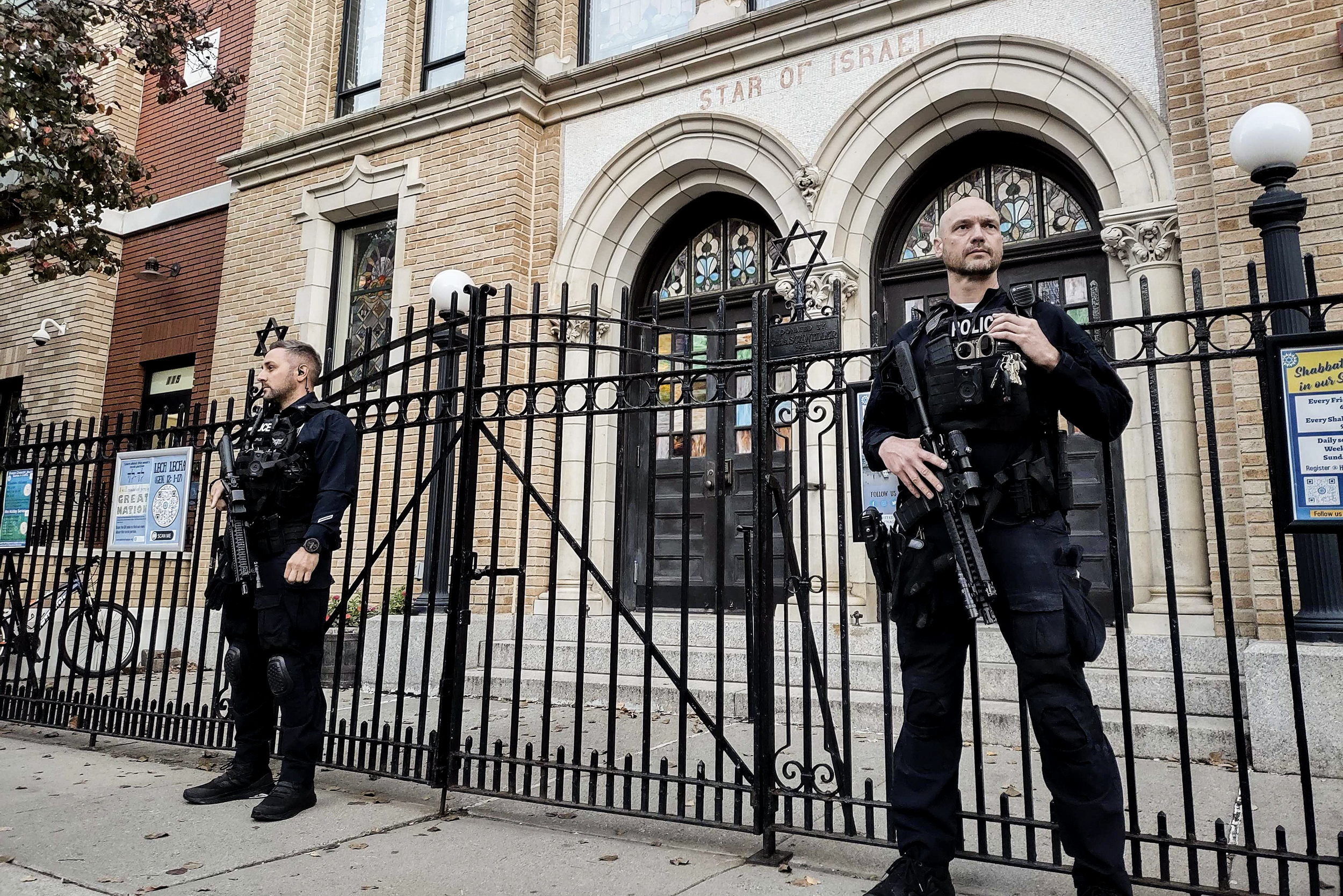 A New Jersey man who allegedly wrote an antisemitic diatribe and shared it online, prompting a public warning last week from the FBI, was arrested Thursday, federal officials said.

Omar Alkattoul, 18, of Sayreville, is charged with one count of transmitting a threat in interstate and foreign commerce, according to a statement from the office of Philip R. Sellinger, U.S.Attorney for the District of New Jersey.

The threat was allegedly distributed, officials said, on or about Nov. 1. Alkattoul was scheduled to appear before a federal judge in Newark on Thursday afternoon. It was not immediately clear if he retained an attorney.

The charge is punishable by a maximum penalty of five years in prison and a $250,000 fine, officials said.

“No one should be targeted for violence or with acts of hate because of how they worship,” Sellinger said.

Federal prosecutors allege Alkattoul used a social media application to send someone a link to a document entitled “When Swords Collide.” He admitted to this person that he wrote the document, stating, “It’s in the context of an attack on Jews.”

A second person told investigators that Alkattoul sent the document to at least five other people using another social media application.

Prosecutors said Alkattoul wrote in the document that “I am the attacker” and “I did target a synagogue.”

The threat prompted the FBI last Thursday to issue a public warning to New Jersey synagogues.

“Upon receipt of threat information against an unspecified New Jersey area synagogue, the FBI notified community leaders and our law enforcement partners,” the FBI Newark said in a statement on Friday.

“We identified the source of the threat who no longer poses a danger to the community. As always, we would like to remind the public, to remain vigilant and if they observe suspicious activity to report it to law enforcement immediately.”

The FBI interviewed a man linked to the threat who may have autism and said he had been bullied, multiple law enforcement sources familiar with the investigation told NBC New York.

New Jersey Gov. Phil Murphy said in a statement Friday that while the specific threat may be mitigated, officials will remain vigilant amid a wave of antisemitism.

“I am grateful to the FBI, as well as state law enforcement partners including the Attorney General’s Office, the State Police, and the Office of Homeland Security and Preparedness, for their tireless efforts in mitigating the immediate threat to our Jewish synagogues,” the statement said.