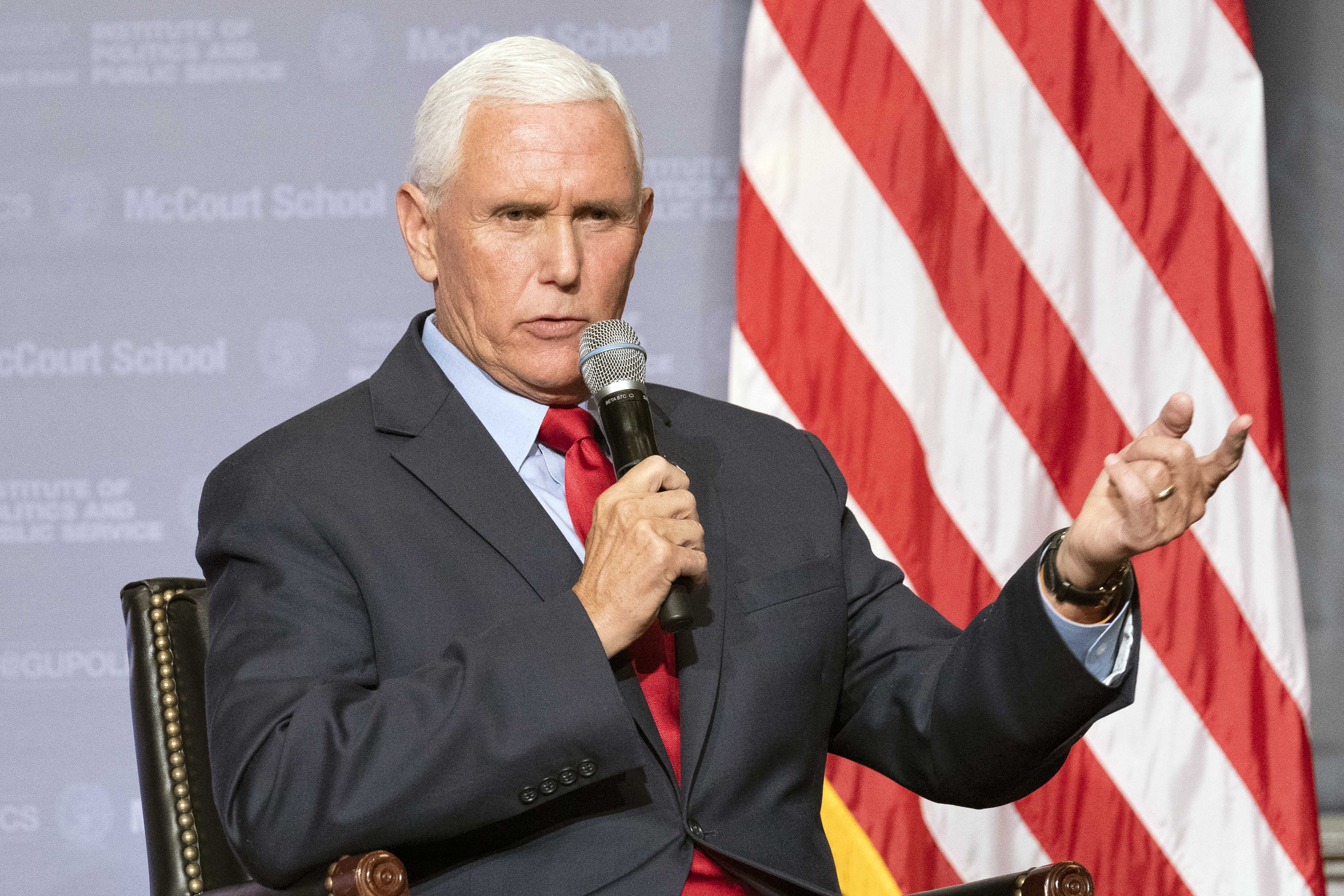 He added, “For me and my family, we’ll be reflecting about what our role is in that.”

In an interview on Fox’s “Hannity” that aired later Monday, Pence said the 2024 decision would likely be made after discussing it with his family over the upcoming holiday season.

Pence, who was seen as being a loyal part of the White House team during Trump’s presidency, has since recounted being repeatedly insulted by Trump as the former president implored him to prevent the certification of Joe Biden’s victory in the 2020 election.

“It’s part of what made what happened at the end so difficult,” Pence said.

While they departed from the office amicably, Pence said he felt he needed to step away when Trump “returned to some of the rhetoric” about him and others who had upheld the results of the election.

Pence’s book, “So Help Me God,” is scheduled to be released Tuesday — the same day Trump is widely expected to announce his 2024 presidential run.

The former vice president said the results of a Trump-Pence matchup would be for others to determine.

But, he added: “It would be for us to decide whether or not we’d want to test that.”