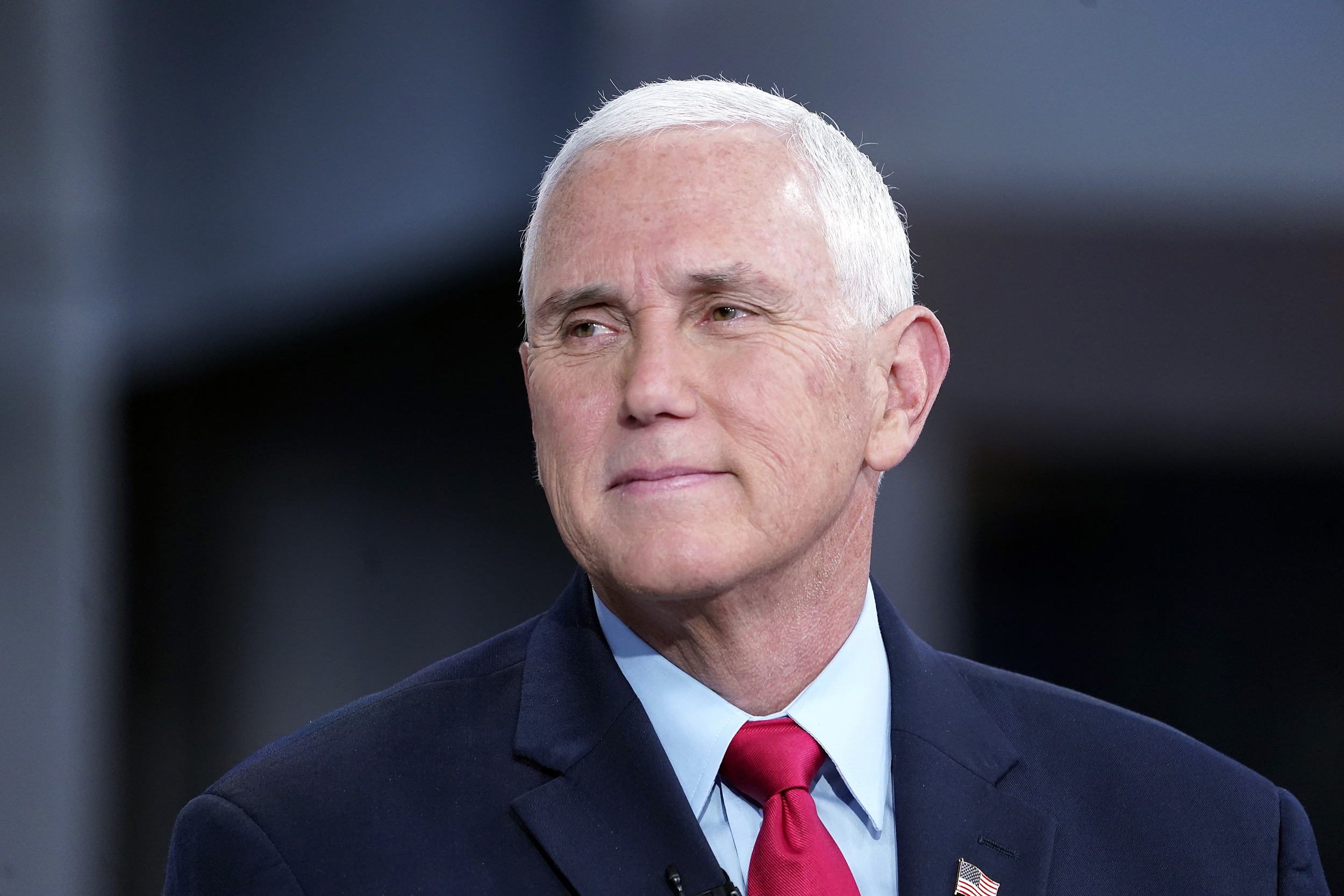 Former Vice President Mike Pence said voters will “have better choices” for a presidential candidate than Donald Trump, who announced his third bid for the office on Tuesday night from his Mar-a-Lago resort.

In an interview that aired on ABC’s “World News Tonight” earlier this week, Pence said he and his family are giving “prayerful consideration” to whether he himself should run and thinks voters are looking for less divisiveness in politics.

“I think we’ll have better choices in the future,” Pence told ABC’s David Muir. “The people of this country actually get along pretty well once you get out of politics, and I think they want to see their national leaders start to reflect that same compassion and generosity of spirit.”

Pence, who is making media appearances as he promotes his new memoir, “So Help Me God,” made similar comments to other news outlets, including The New York Times and Fox News.

He told Fox News that he has heard people say they want the country to move forward with an administration that will serve as a uniting force, reflecting respect, civility and the nation’s “highest ideals.”

“Donald Trump was the only candidate in 2016 who could’ve defeated Hillary Clinton,” Pence said. “But I think different times call for different leadership.”

Pompeo told conservative radio talk show host Hugh Hewitt on Tuesday that Trump’s announcement that he would run for president again would have no affect on whether Pompeo decides to do so. He added he would likely make that decision “probably by the spring.”

In his announcement Tuesday night, Trump referred to himself as a “victim” while largely rehashing old grievances and conspiracy theories alleging persecution by the FBI and baseless claims of voter fraud.

In the ABC interview, Pence also said Trump’s tweet on Jan. 6 that he lacked “the courage” to overturn the 2020 election results was “reckless,” and that Trump had decided to be “a part of the problem” — some of the former vice president’s harshest comments to date about his former boss’s actions during the 2021 riot at the Capitol.

Pence’s latest comments come after months of distancing himself from Trump over his actions on Jan. 6. Asked at a Georgetown University event in October if he would support Trump if he becomes the GOP nominee for president, Pence said, “Well, there might be somebody else I’d prefer more.”

Pence has traveled in recent months to numerous states that hold early presidential contests, delivering remarks criticizing the Biden administration while touting his vision of the future of conservative political leadership.

He appeared to edge closer to confirming plans for a 2024 run during a New Hampshire Institute of Politics “Politics & Eggs” event in August. “I never spent a lot of time in New Hampshire, but I may someday,” he said of the state that traditionally holds the nation’s first presidential primary.