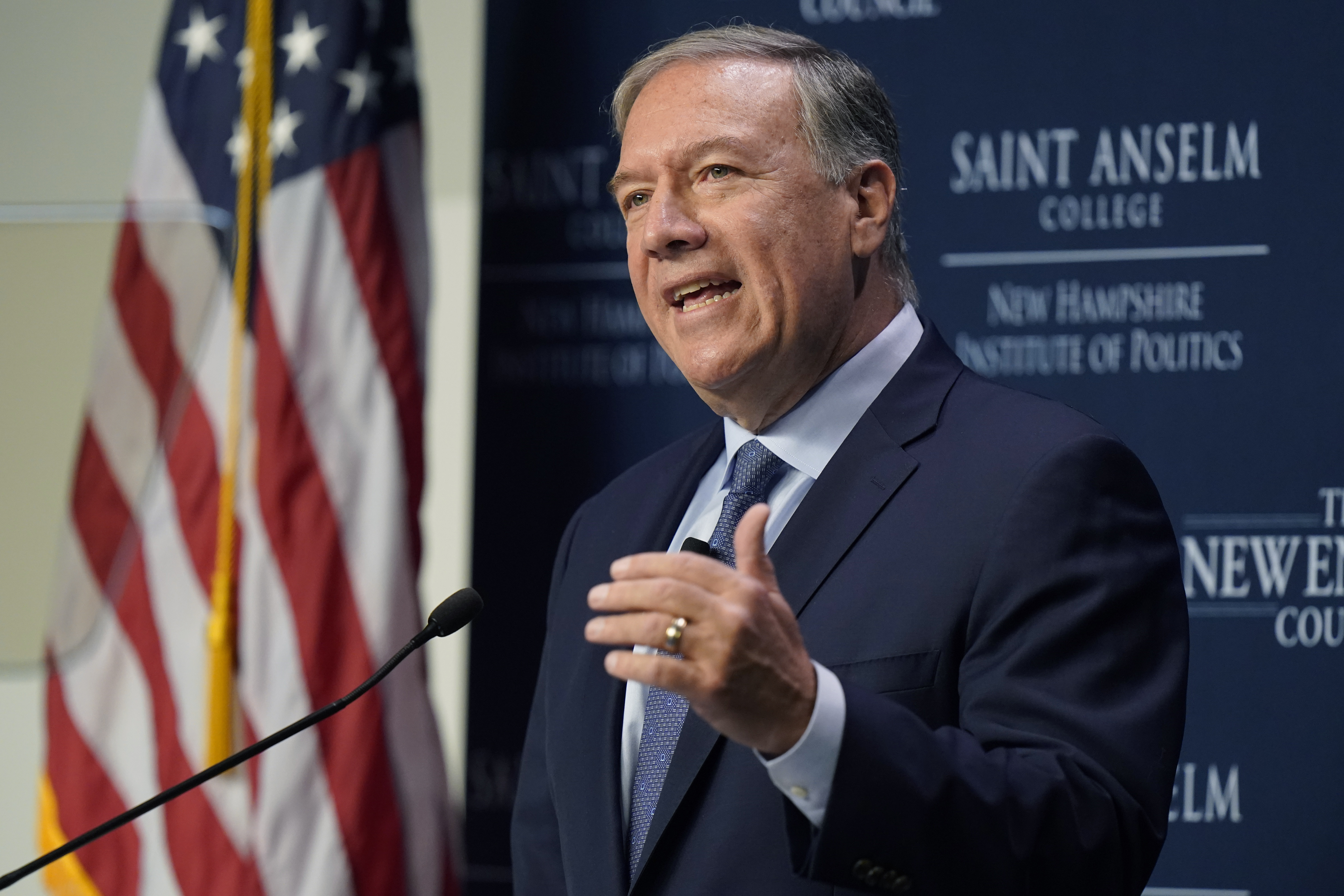 Pompeo, Trump’s former secretary of State and a potential 2024 presidential candidate, had previously said a Trump bid for president wouldn’t keep him from running. He doubled down on that position on Tuesday while also seemingly taking a swipe at Trump ahead of his planned announcement later this evening, saying the former president would need to “explain why he thinks he should be that next president” and talk about “things that matter to the American people.”

“I served in the administration, I’m proud of the policies we laid out,” Pompeo said. “We need more seriousness, we need less noise, we need steady hands, we need leaders that are looking forward, not staring in the rearview mirror claiming victimhood.”

Pompeo said he would likely make a decision about running by the spring.

“These are deeply personal decisions and we will sort our way and as soon as we have figured it out, we will let the American people know,” Pompeo said.

Former Vice President Mike Pence — another potential Republican contender for 2024 — echoed a similar sentiment to Pompeo’s in a subsequent interview with Hewitt on Tuesday, indicating that Trump’s campaign announcement would not alter his own decision to run for president. He said he and his wife, Karen Pence, would “carefully consider” what role they might play in the 2024 campaign and that they would likely come to a decision in the new year.

“The only decision Karen and I have made with regard to our future is that we’re not going to let anyone else make that decision for us,” the former vice president said.