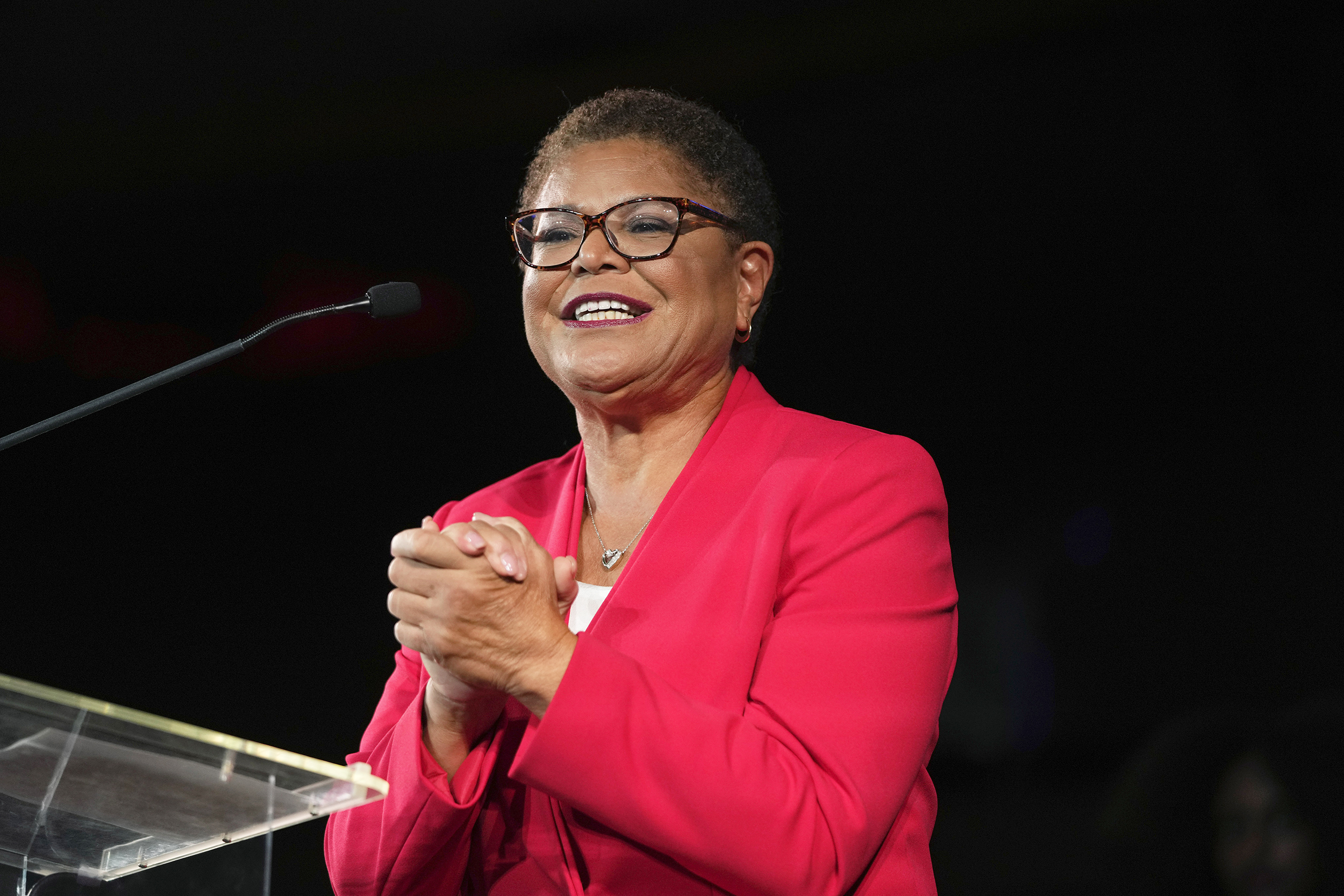 Bass defeated Rick Caruso, a billionaire real estate developer who was endorsed by Elon Musk, in a tight race to replace Democrat Eric Garcetti. The race was nonpartisan; both Bass and Caruso are Democrats. Caruso spent about $100 million on his campaign.

Bass, who is serving her sixth term in the House, was on the shortlist to be Joe Biden’s vice presidential running mate in 2020. She announced her mayoral campaign in September of last year, saying tackling the city’s homeless crisis would be a top priority.

“I’ve spent my entire life bringing groups of people together in coalitions to solve complex problems and produce concrete change, especially in times of crisis,” Bass said at the time. “With my whole heart, I’m ready.”

Bass is a former community organizer who became the first Black female speaker of the state Assembly in 2008. She is the first Black woman and second Black person to be elected mayor of Los Angeles, the country’s second most populous city. The first Black mayor, Tom Bradley, held the job from 1973 to 1993.