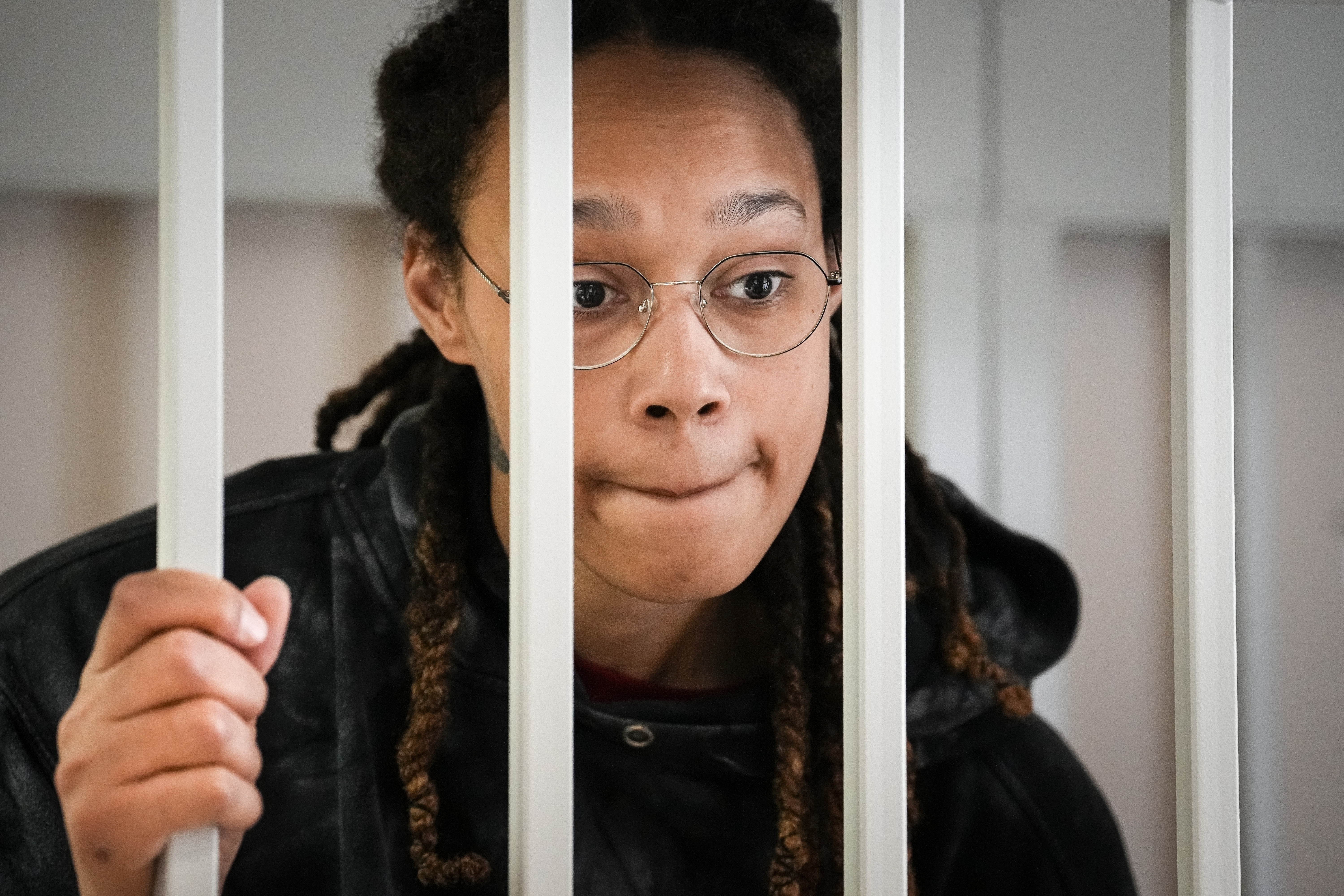 Griner took part in the Moscow Regional Court hearing via video call from a penal colony outside Moscow where she is imprisoned.

Griner’s February arrest came at a time of heightened tensions between Moscow and Washington, just days before Russia sent troops into Ukraine. At the time, Griner was returning to Russia, where she played during the U.S. league’s offseason.

Griner admitted she had the canisters in her luggage but testified that she inadvertently packed them in haste and had no criminal intent. Her defense team presented written statements saying she had been prescribed cannabis to treat pain.

The nine-year sentence was close to the maximum of 10 years, and Griner’s lawyers argued after the conviction that the punishment was excessive. They said in similar cases defendants have received an average sentence of about five years, with about a third of them granted parole.

Before her conviction, the U.S. State Department declared Griner to be “wrongfully detained” — a charge that Russia has sharply rejected.

Reflecting growing pressure on the Biden administration to do more to bring Griner home, U.S. Secretary of State Antony Blinken took the unusual step of revealing publicly in July that Washington had made a “substantial proposal” to get Griner home, along with Paul Whelan, an American serving a 16-year sentence in Russia for espionage.

Blinken didn’t elaborate, but The Associated Press and other news organizations have reported that Washington has offered to exchange Griner and Whelan for Viktor Bout, a Russian arms dealer who is serving a 25-year sentence in the U.S. and once earned the nickname the “merchant of death.”

The White House said it has not yet received a productive response from Russia to the offer.

Russian diplomats have refused to comment on the U.S. proposal and urged Washington to discuss the matter in confidential talks, avoiding public statements.

The White House said after the meetings that the president stressed to the families his “continued commitment to working through all available avenues to bring Brittney and Paul home safely.”

The U.S. and Russia carried out a prisoner swap in April. Moscow released U.S. Marines veteran Trevor Reed in exchange for the U.S. releasing a Russian pilot, Konstantin Yaroshenko, who was convicted in a drug trafficking conspiracy.

Moscow also has pushed for the release of other Russians in U.S. custody.

One of them is Alexander Vinnik, who was accused of laundering billions of dollars through an illicit cryptocurrency exchange. Vinnik was arrested in Greece in 2017 and extradited to the U.S. in August.

The newspaper speculated that another possible candidate was Roman Seleznev, the son of a Russian lawmaker. He was sentenced in 2017 to 27 years in prison on charges from a hacking and credit card fraud scheme.