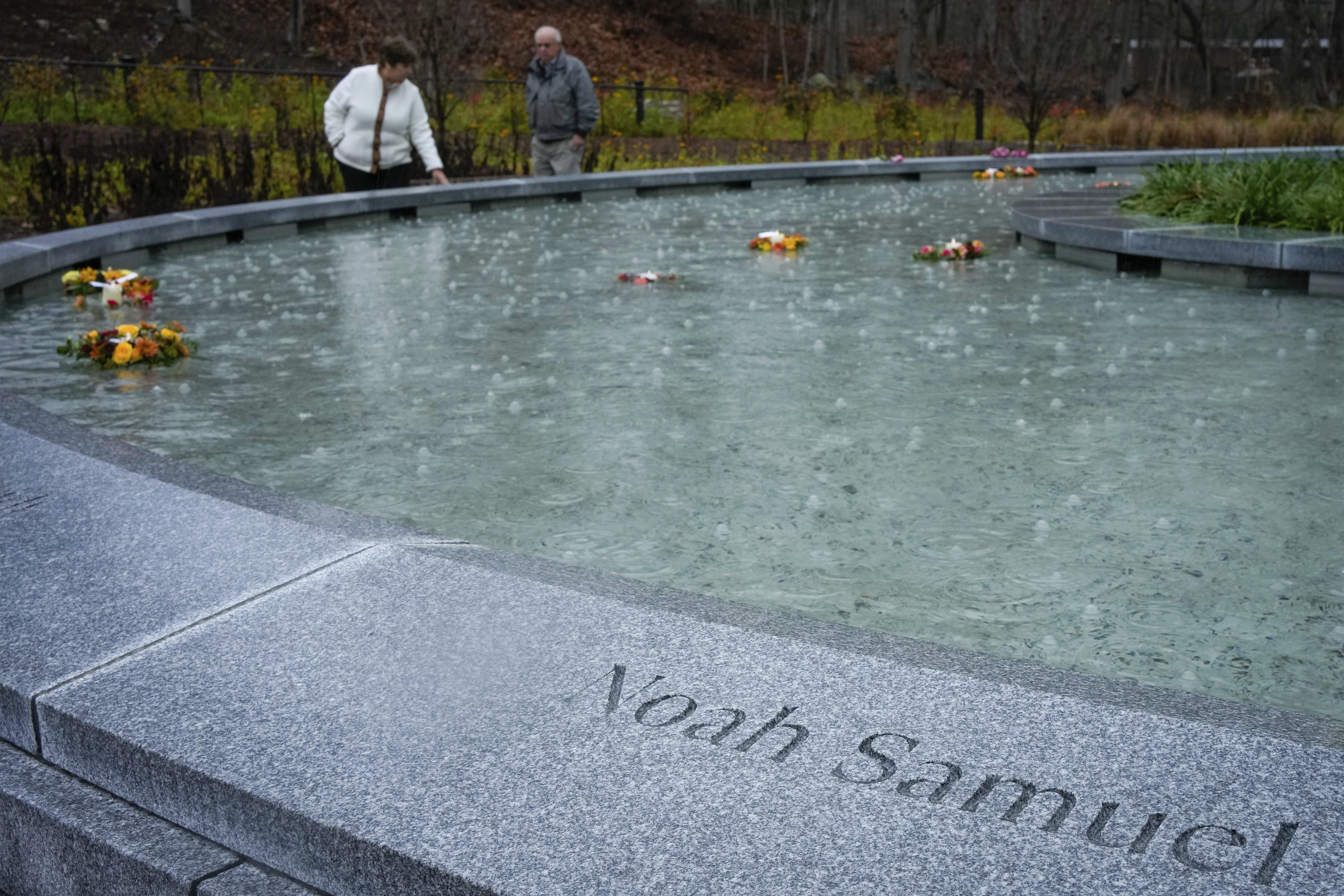 “It just takes your breath away,” Nora Smith said. “It’s something that you hold close to your heart because you feel so bad for these families.”

Flower bouquets floated counterclockwise in the water feature, which is surrounded by a cobblestone walkway and a few benches.

The new Sandy Hook School, built after the former one was torn down on the same property, can be seen through the woods now that the leaves have fallen.

Some victims’ relatives were given a private tour of the grounds Saturday.

“I think they deserve not to have the bright lights of the world on them,” said Newtown First Selectman Dan Rosenthal, the town’s top elected official.

The memorial was designed as a peaceful place of contemplation. Paths with a variety of plantings lead to a water feature with a sycamore tree in the middle and the victims’ names engraved on the top of a surrounding supporting wall.

The water flow was engineered so floatable candles, flowers and other objects will move toward the tree and circle around it.

Like some other victims’ relatives, Jennifer Hubbard saw the memorial in a private appointment before this weekend. Her daughter, Catherine Violet Hubbard, 6, was one of the children who died in the shooting on Dec. 14, 2012.

“It took my breath away in the sense that to see Catherine’s name and to see what has been created in honor of those that lost … the families, those that survived — they’ve lost their innocence,” she said. “And the community. We all suffered because of Dec. 14.

“I think that the memorial is so perfectly appointed in honoring and providing a place of contemplation and reflection for a day that really changed the country,” she said.

“Ten years. A lifetime and a blink,” she wrote. “Ana Grace, we used to wait for you to come home. Now you wait for us. Hold on, little one. Hold on.”

The project faced several challenges after the town created a special commission to oversee the memorial planning in the fall of 2013. Some proposed sites were rejected, including one near a hunting club where gunshots could be heard, and officials cut the cost of the project down from $10 million because of concerns voters would not approve it.