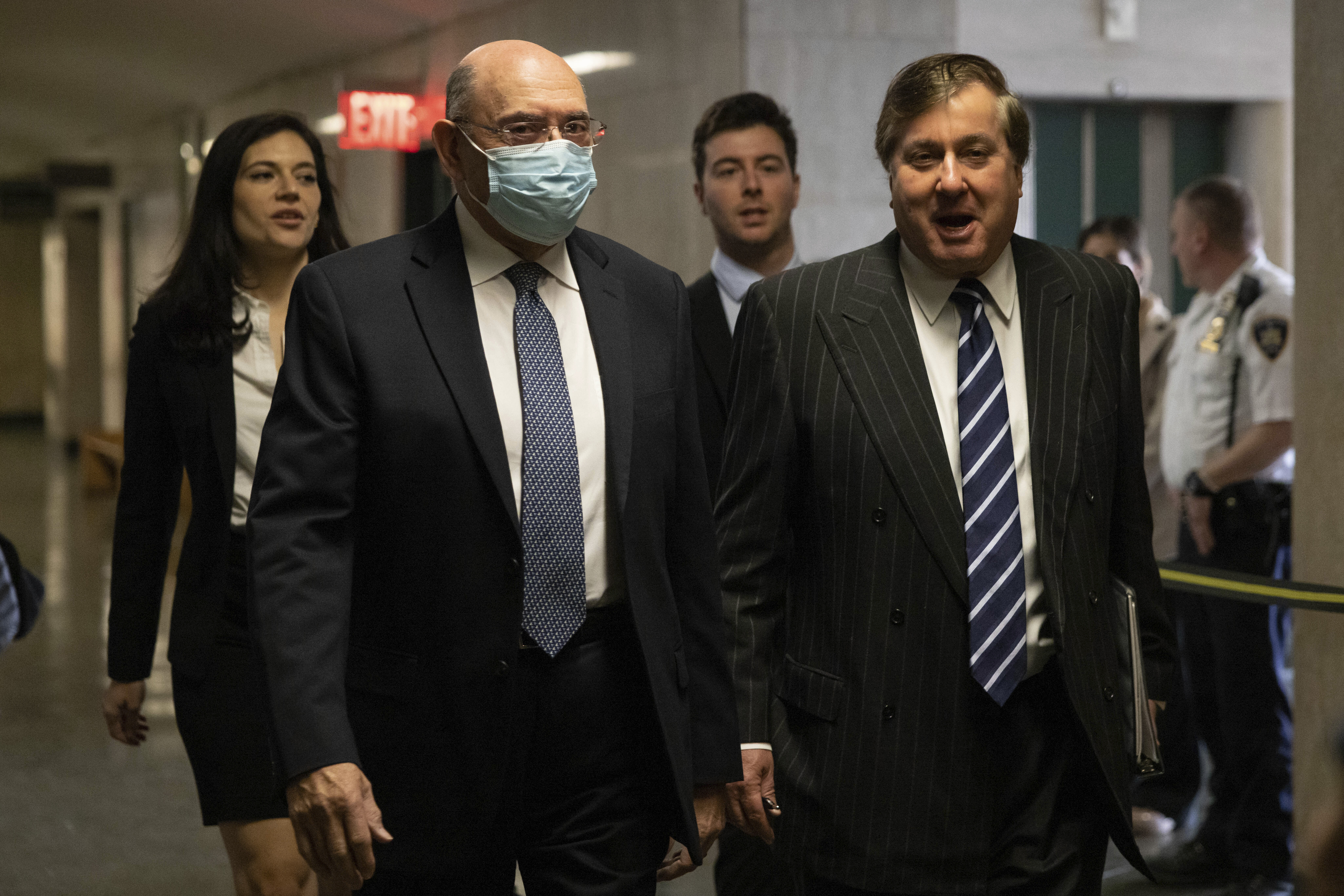 The company is accused of giving Weisselberg and other executives off-the-books perks including apartments, luxury cars and private school tuition, a scheme Weisselberg detailed on the stand.

He said that he and other executives knew their practices were illegal — and brought them to an end after Trump took office. The company had been paying Weisselberg and at least one other executive’s personal expenses, allowing them to avoid income taxes and the company to dodge payroll taxes. It was also paying executives bonuses on tax forms that claimed they were independent contractors, when they were actually employees, he said.

“Mr. Trump became president, and everybody was looking at our company from every different angle you could think of,” Weisselberg said, adding the company wanted to “make sure that we correct everything that we have to correct.”

Until the cleanup took place, Weisselberg had been receiving a free apartment on the Upper West Side, a Mercedes Benz for himself and his wife, private school tuition for his grandchildren, cash to give tips at the holidays and other expenses.

He detailed Thursday how Trump personally began picking up the tab for his two grandchildren to attend Columbia Grammar and Preparatory School at a cost of about $100,000 a year.

He was in Trump’s office when his son, Donald Trump Jr., came in with tuition bills for his own children. Trump jokingly said, “I might as well pay for your grandkids too,” according to Weisselberg.

Weisselberg later brought Trump an invoice for the tuition, and he agreed to pay it. Weisselberg promised to pay him back.

While he initially got the perks on top of his salary, Weisselberg eventually directed a staffer to deduct the value from his salary and bonus.

“Between the rent for the apartment, the tuition, we had an automobile or two — I thought the amount I was being given was too much, and the right thing to do was pay back the company for it,” he said.

But he opted to do it that way rather than pay his own expenses in order to evade taxes, he acknowledged on the stand. “It gave me the ability to pay pre-tax,” he said, adding that, “I knew the amount they were reporting [on tax forms] was incorrect.”

Defense attorneys have argued that Weisselberg carried out the scheme on his own, but on Thursday, Weisselberg detailed the involvement of several other top figures at the Trump Organization.

He said the company’s controller, Jeffrey McConney, who handled the paperwork, knew the arrangement was illegal. “I undoubtedly believe in my mind that he knew it as well,” he said.

He contended that another Trump executive, Matthew Calamari, the chief operating officer, also had his expenses paid by the company tax-free. Weisselberg’s son, Barry, who managed Wollman Rink at Central Park, got a Trump-owned apartment on Central Park South.

Weisselberg, Calamari, McConney and several other senior employees got their bonuses on 1099s, a tax form intended for self-employed individuals. That, Weisselberg said, allowed the company to avoid payroll taxes, and the executives to open tax-deferred retirement accounts that only self-employed people qualify for.

That practice, Weisselberg said, began in the 1980s before he started working at the Trump Organization.

Weisselberg is testifying against his employer after pleading guilty to 15 criminal counts in August. Under the deal, he will serve five months in jail if he testifies truthfully.

Asked by prosecutors Thursday why he pleaded guilty, he said, “I was guilty of those crimes.”

On his first day of testimony earlier this week, Weisselberg revealed that he remains on the payroll of the Trump Organization at his full salary and celebrated a birthday party at Trump Tower the same day he finalized his plea deal.

On cross-examination later Thursday, a defense lawyer for the Trump Organization sought to establish that Weisselberg carried out the scheme for his own benefit, unbeknownst to the Trump family.

“It was my own personal greed that led to this,” Weisselberg said.

Weisselberg became emotional, his voice cracking as he admitted he is embarrassed and ashamed about what he did. “More than you can imagine,” he said.

Weisselberg said he had an almost familial relationship with the Trumps after 50 years working for the family and was deeply trusted.

“Wasn’t your responsibility to protect the family and protect these companies from these very kinds of problems?” Futerfas asked.

Weisselberg said that was true.

“The decision not to pay taxes on these benefits was yours alone and made solely for your benefit, correct?” Futerfas later asked.

Weisselberg replied: “The answer is yes.”

He also said Trump did not authorize, and, as far as he knows, was not aware of the tax evasion.

“He didn’t authorize you to commit tax fraud, did he?” Futerfas asked, to which Weisselberg replied, “Of course not.”

“No one gave you permission to commit tax fraud, right?” the defense attorney went on.

Weisselberg said that was correct.