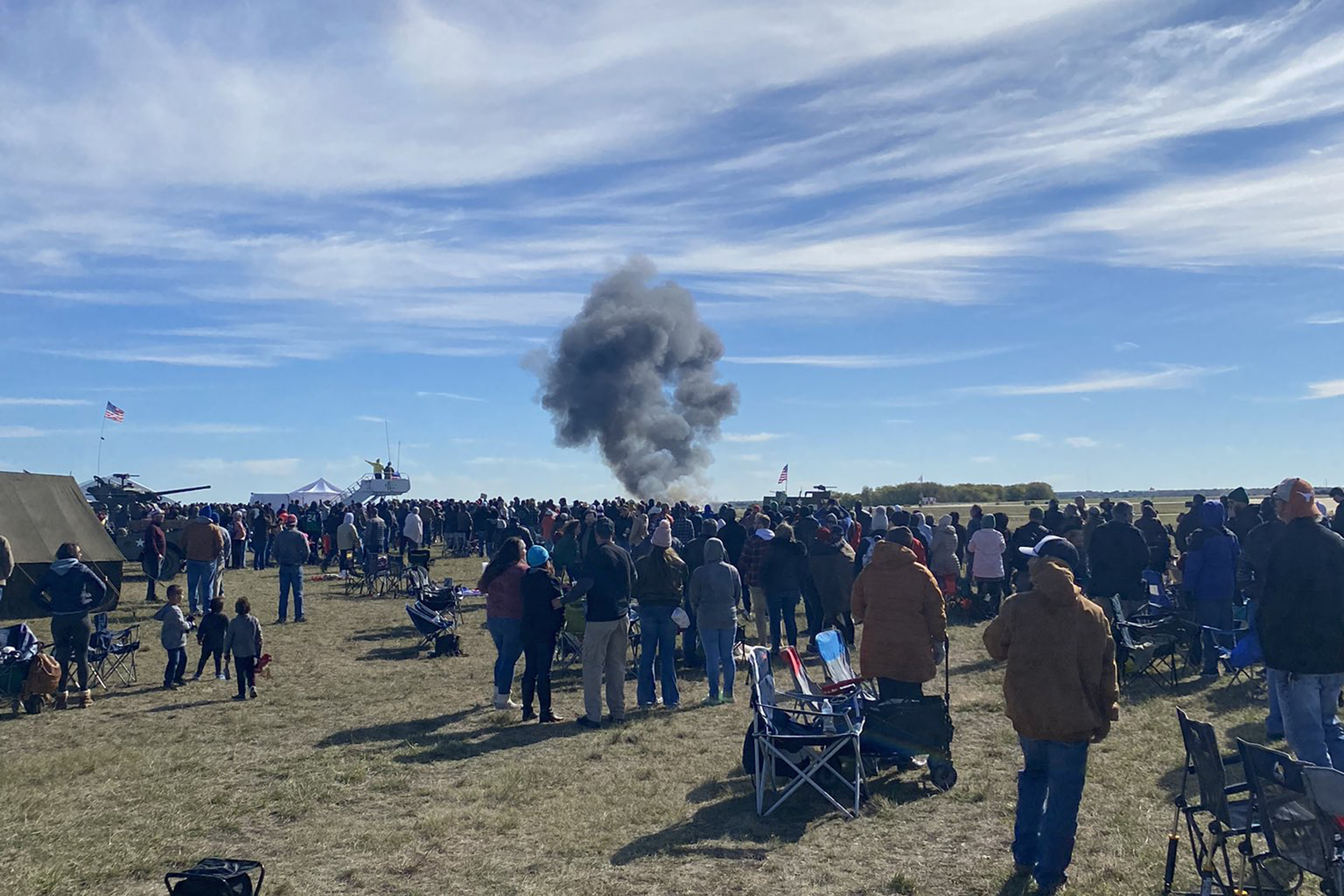 Two planes crashed in fiery mid-air collision while flying in a Dallas air show on Saturday, according to the Federal Aviation Administration and Dallas City Fire and Rescue.

The crash occurred around 1:20 p.m., when the Boeing B-17 Flying Fortress and a Bell P-63 Kingcobra collided at the Wings Over Dallas Airshow at Dallas Executive Airport, according to information provided by the FAA.

It is unknown how many people were on the aircrafts, the FAA said.

Representatives for Dallas City Hall, the airport and the air show did not immediately respond to inquiries from NBC News.

Photos from the scene, including one shared by NBC affiliate KXAS of Dallas—Fort Worth, show a cloud of smoke over the crash site where the planes landed after colliding in the air.

The FAA and the National Transportation Safety Board will investigate the incident, according to the FAA, which said that neither agency identifies people involved in aircraft accidents.