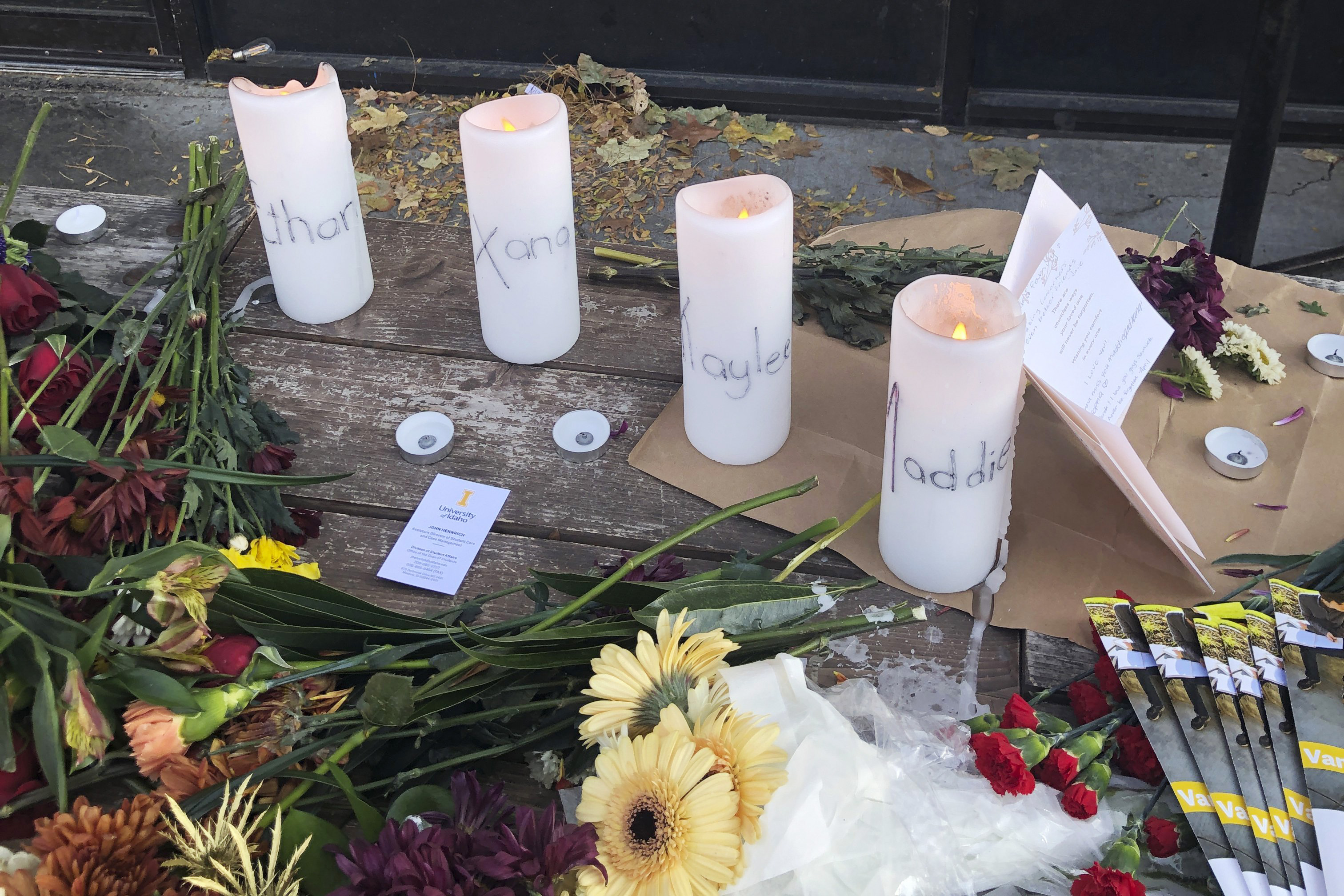 The killings of four University of Idaho students Sunday elicited shock and sadness on campus, in the college city of Moscow, Idaho, and beyond.

The victims were Kaylee Goncalves and Madison Mogen, who became fast friends in the 6th grade; Ethan Chapin, a triplet from Washington state known for his love of sports and his sense of humor; and Xana Kernodle, a marketing major whose family recalled her positive and light-hearted personality.

The four were found slain at a home off-campus. A suspect has not been arrested. Moscow police said they don’t believe there is an ongoing threat, and that “evidence indicates that this was a targeted attack.”

Here is what we know about the victims:

Kaylee Goncalves, of Rathdrum, a city close to Coeur d’Alene, was “the ultimate go-getter,” her sister, Alivea Goncalves, told NBC’s “TODAY” in an interview.

She was a senior majoring in general studies in the College of Letters, Arts and Social Sciences, and was in the Alpha Phi sorority, the university has said.

Goncalves and Mogen had been friends since middle school, and members of both families treated them as one of their own. The Goncalves’ took Mogen with them on cruises, and vice versa.

“We’re all sisters — and Kaylee and Maddie were, especially,” Alivea Goncalves said.

Kaylee Goncalves had recently bought a 2016 Range Rover, she planned a trip to Europe for next year, and planned to move, probably to Texas, also next year, her sister said.

“She had everything going for her, absolutely everything,” her sister said. “She had her job lined up. She had worked really hard for it, she just bought a new car, she had trips planned.”

Mogen, of Coeur d’Alene, was a senior majoring in marketing and was a member of the Pi Beta Phi sorority, the university said.

“I wouldn’t have wanted anyone else to be the main character in all my childhood stories,” Kaylee Goncalves wrote on Instagram in May to wish her Maddie a happy 21st birthday. A slideshow showed them grow up from young girls to the college students they were.

“I love you more than life! My best friend forever and more,” Mogen replied, with a heart emoji.

Mogen also worked with Kernodle at a restaurant, and Mogen helped run the business’ social media pages, the newspaper reported. The restaurant, the Mad Greek, posted on Facebook that the two women “brought so much joy to our restaurant and all of those they encountered.”

Chapin was a freshman from Mount Vernon, Washington, a city in Skagit County north of Seattle.

He majored in recreation, sport and tourism management, and was a member of Sigma Chi fraternity, according to the University of Idaho.

Chapin had just turned 20, and was a triplet, his parents, Stacy and Jim Chapin, told NBC affiliate KING of Seattle.

“Everything we do, is all of us, together,” Stacy Chapin told the station. “We’re a pretty tight family.”

Chapin and his siblings were athletic, and among the sports he played was club soccer for years, his parents said. He was funny and loved country music, they said. “He literally lit up every room,” his mother told KING.

Kernodle, of Post Falls, Idaho, was a junior majoring in marketing, and she was also in Pi Beta Phi sorority, the university said.

“I am lucky to have had her as a sister,” her sister, Jazzmin Kernodle, said in a statement.

Jazzmin Kernodle recalled her sister as someone who was so positive and light-hearted she “always lifted up a room.” The family is at a loss for words, and are waiting to find out more from the investigation.

“Our hearts go out to Kaylee, Maddie and Ethan and all their families as well. They were all amazing people, and were loved so much,” she said. “My sister was so lucky to have them in her life.”