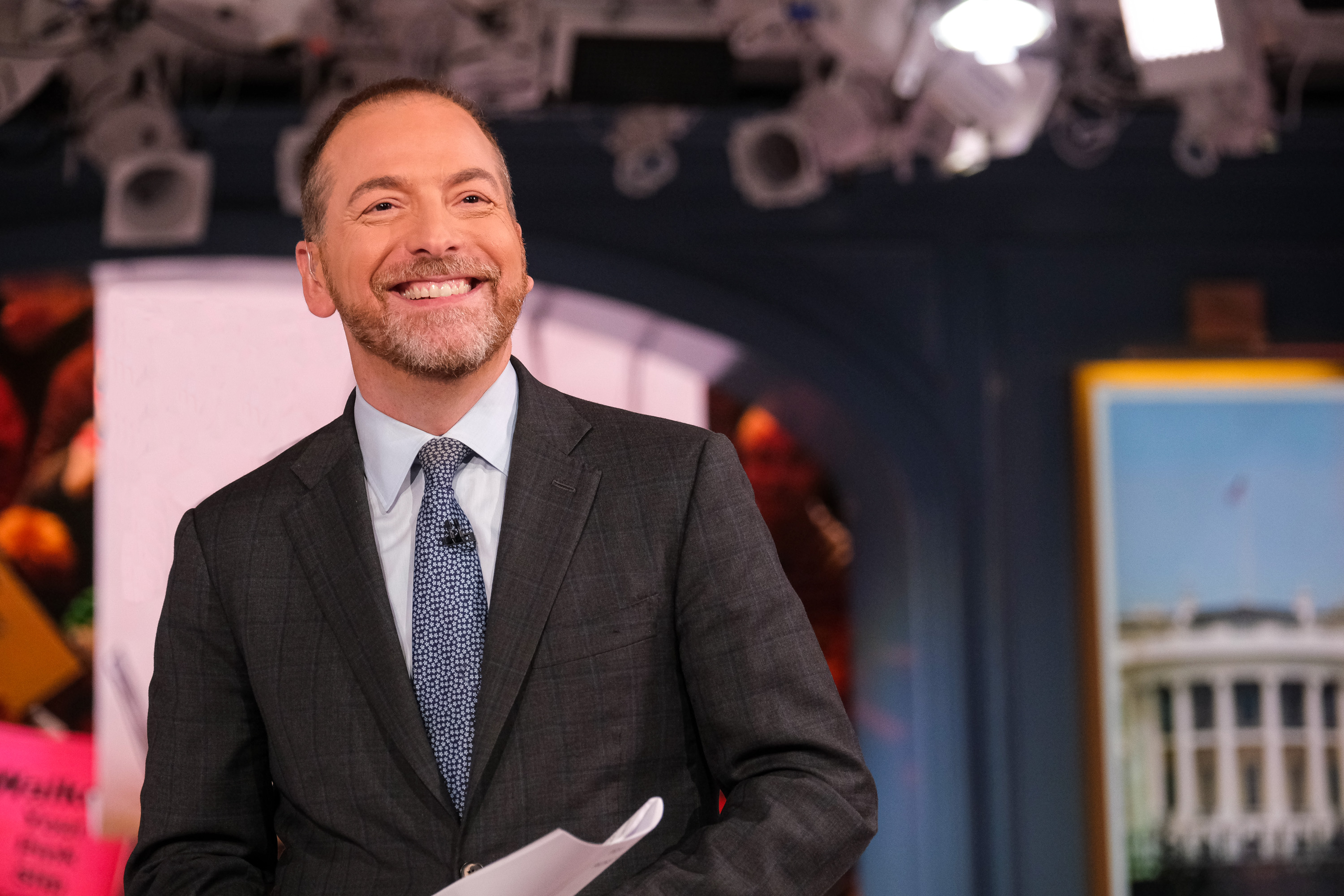 Meet the Press has always operated with a simple premise: Inform the public about what its elected leaders are doing and make those leaders explain why they’re doing what they’re doing.

It’s the formula followed by moderators like Martha Rountree, Laurence Spivak and Tim Russert. The same one I operate under from and, hopefully, it’s one that will continue when I hand this baton to the next custodian.

Nothing is quite so intimidating or humbling than being introduced as the moderator of Meet the Press — the longest-running show on television.

It’s just a small part of a legacy that each and every person associated with Meet the Press carries with them. A weight to be sure, but a venerated one.

And it’s a weight that has been very publicly carried by the 11 moderators before me, whose contributions to that legacy are legion. It’s a weight I have sought to carry with pride and humility.

One of the most heartening things about Meet the Press and its audience is something I learned just one day after I was offered the job.

NBC research wanted to find out why people watched the Sunday shows, so they conducted a survey. There was one finding that stood out like a siren: The number one reason why people watch any Sunday public affairs program is simply to learn.

Sometimes it’s to get smarter because they care about the current situation happening in government. Sometimes it’s simply to keep up with coworkers at the water cooler. Whatever the reason Americans simply want to be informed.  And they want to understand not just what their elected officials are up to, but also why they are doing what they are doing.

That’s a service I’ve held onto as a bit of my own North star.

It’s the covenant we’ve made with the viewers. Tune into Meet the Press, whether on Sundays, or weekdays or on audio and we will promise to educate you about the issues of the day, bring clarity to those issues and just as importantly, get the politicians to explain themselves, under questioning, to you, the American public.

The media environment has never been as cluttered and fractured as it is today and yet, because of that clutter, there’s never been a greater need for programs like Meet the Press (and our competitors who also do a terrific job and follow a similar mission).

There aren’t many places to find clarity amid misinformation, or to focus on informing rather than performing. That’s what the Sunday shows are for, respectful accountability.

Viewers don’t watch Meet the Press to be on the edge of their seats. They watch it with a cup of coffee, taking stock of the week’s developments on the biggest stories in Washington and the world. They seek to digest the information, without being screamed at or lectured to. They’re not interested in being told what to think, what they’re interested in is information to help them make their own decision. They want to understand.

The simplicity of the Meet the Press mission is also why the broadcast has stood the test of time. It’s why there are so many more imitators today than they were when the program began. The formula works: clarity, education and accountability is something true news consumers, want and need.

As the world of journalism changes rapidly, some things need to stay the same. If you’re creating a news program to cater to an audience, hoping that Twitter likes will help your ratings, you’re not being a journalist, you’re being an activist.

If one worries about what other people think of what guests you book or what question you ask, that’s not journalism. It’s activism. That’s why we need to press on. We’ve interviewed Fidel Castro, we’ve interviewed David Duke, we’ve interviewed Louis Farrakhan and will continue to interview people who may be polarizing, and whose mere existence may make you uncomfortable. The only way to keep a democracy thriving is to expose yourself to the uncomfortable, as well as the comfortable.

It’s been a privilege of a lifetime to be a custodian of “Meet the Press,” and I’m particularly proud of the fact that I’ve helped expand the program beyond Sunday mornings and helped modernize it for today’s news cycle.

But just because we modernized, doesn’t mean the core values of “Meet the Press” have changed. We’re here to provide clarity; we’re here to inform not perform; we’re here for accountability and we’re here to educate. If that’s something you want in your news coverage, then will see you Sunday.

Because if it’s Sunday, it’s Meet the Press.